Switching From Healer To Tank Was Terrifying

If there’s one thing I love doing in Final Fantasy XIV, it’s healing. Saving teammates from huge attacks and making sure we survive to the end of the fight feels good. After playing some of the classes from the upcoming expansion Shadowbringers, I’ve opted for a change of pace.

Now, I’m tanking and leading the fight. It’s a role I played in MMORPGs years ago, and jumping back in has brought a surprising mixture of excitement and anxiety.

In my heart of hearts, I’ll always be a healer. Jumping into Final Fantasy XIV and learning the ins and outs of the White Mage class has been one of the most rewarding gameplay experiences of my life. Mixed with social elements like roleplaying and server events, it’s allowed me to really connect to other players.

I even met my current girlfriend through the game, and we’ve kept a straightforward dynamic: She performs the tank role — high-HP classes that draw enemy attention — and I play as a healer.

Together, we fight crimes and defeat raid bosses. It’s been a fantastic time. A few weeks ago, I got to play the new classes from Shadowbringers, including the new Gunbreaker tank class and the revamped Dark Knight. I loved it, and I want to play both when the expansion comes out. I don’t want to be some liability who starts off a class at high levels without knowing the ropes, so I’ve spent the last week or so diving into Dark Knight. It’s scary!

I used to tank in a progression raiding guild in Star Wars: The Old Republic. We would slowly work our way through complicated, high-level content as it released. My role was mostly that of an off-tank, though, which meant that while my beefier pal held the main boss’ attention, I would make sure that minions and side bosses were focused on me.

Tanking in SWTOR was straightforward. Using a “taunt” skill pretty much assured you had aggro, and even though I had a parser program to track my “threat” generation compared to my damage-dealing buddies, it wasn’t a particularly deep game. Final Fantasy XIV’s not overly complicated either, but the wide range of content means that there’s a lot of fights and mechanics to know. I played a lot of these as a healer or even a damage dealer. Leaping in as a tank has given me pause. 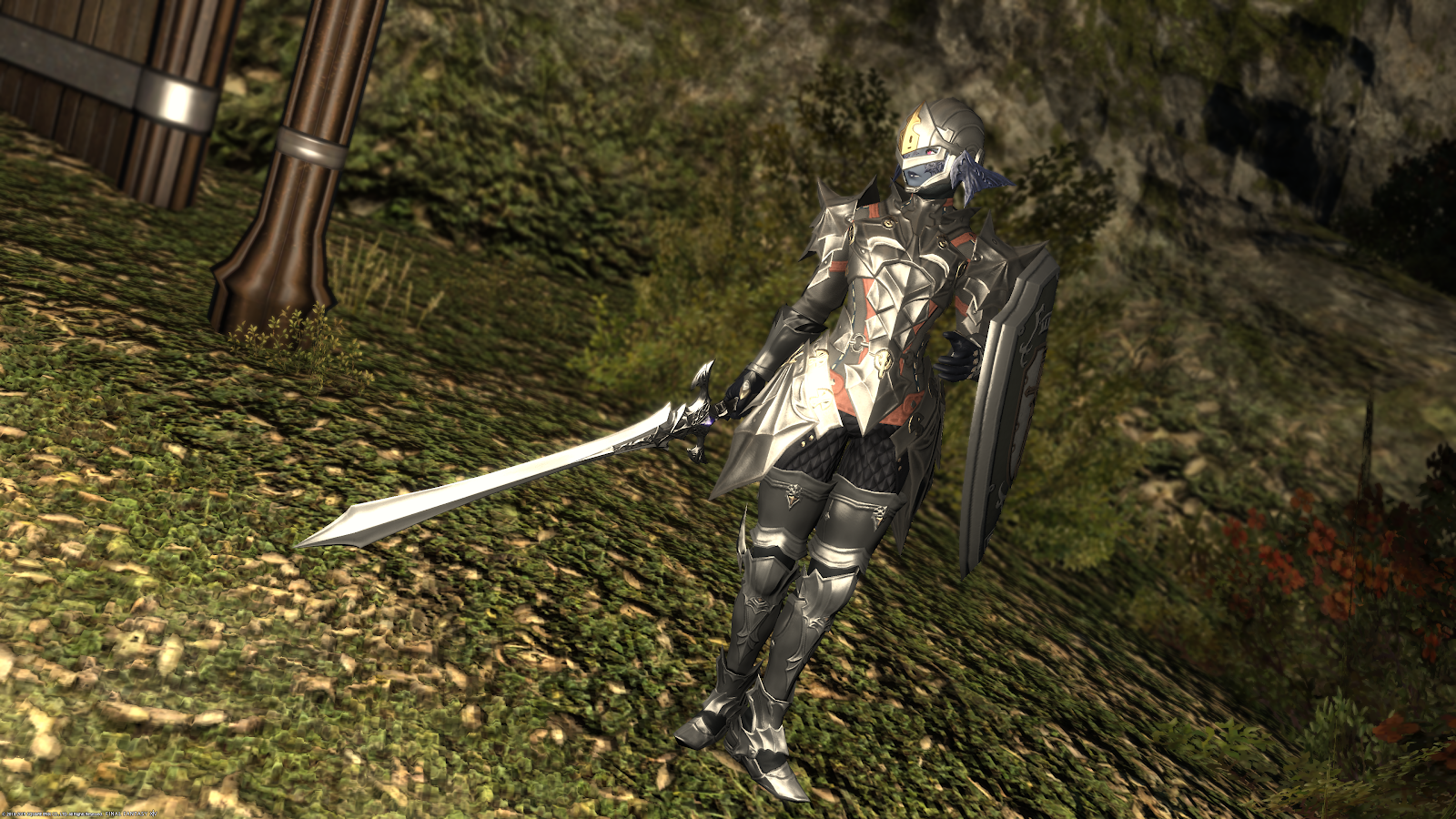 Oh shit, where do I position this boss so that their attack always misses the group? Do I have enough time to stack with my teammates and split damage, or am I going to run in too early and get them hit by a damaging cleave? OK, so I pop this parrying cooldown early to mitigate damage and save this other defensive boost for when a tank-buster comes in. It’s not impossible to learn, and looking at fights from a different perspective has been illuminating.

Last night, as I raced through Stormblood content, I faced the primal (read: god) Susano. As a fight, it’s what we might call a “tank and spank.” Hop in, keep threat. That’s about it. But for whatever reason, Susano marked a turning point on the damage scale. He was hitting with tank busters that were smacking me down dangerously low. There’s a temptation to panic in those moments, but tanking is about trust. As someone who mains a healer, I know the truth: you’re not dying until you’re dead. So I pushed through.

Healing feels like science: You have everyone’s health and your MP, and your job is to keep these things in balance. Timing matters, but it’s also about knowing spell potency and strength. What gets me, mathematically, the most optimal amount of healing without crippling my resources? Tanking feels more like art. Here’s an example: One dungeon, Bardam’s Mettle, has a reputation for being the place where wannabe tanks pull too many enemies and die a fast death. Even the tiniest monsters can hit hard.

While playing, I kept it slow, telling my teammates that it was my first time tanking the instance. They were understanding, and while I wasn’t playing at the fast pace that some groups favour, I at least wasn’t pulling too many trash mobs and getting everyone killed. It was a judgement call, and tanking’s all about judgement calls. It’s a nice change of pace while I wait for the next expansion.

There’s also just a lot of joy in levelling characters and staying in a world you love. I play all sorts of games for work, but having something like Final Fantasy XIV to head back to some nights is nice. Learning more and more about it, mastering the intricacies of its classes and fights, provides a sense of growth that I don’t get leaping from game to game for work.

So, yeah. I’m nervous now that I’m doing something different. Running dungeons and trying to remember where to go still phases me. I’ve reached higher-level content now (I’m level 68 on my Dark Knight) and things are getting much more intense. And yet, having the chance to learn and grow, being able to really know something inside and out? It’s well worth whatever initial nerves I have.