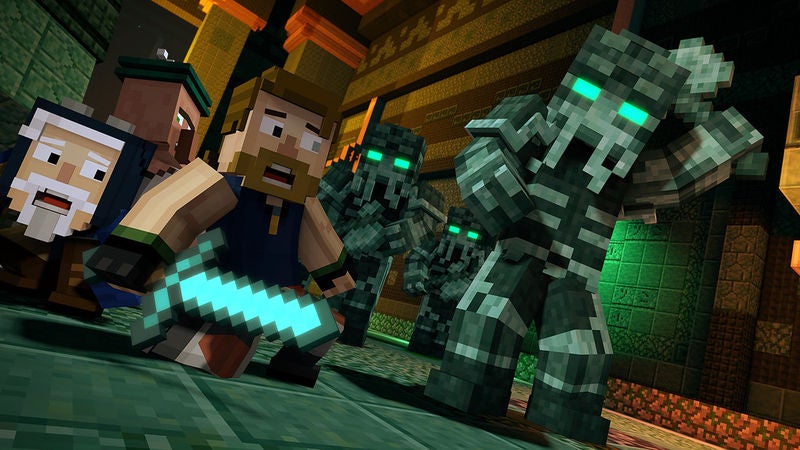 If you really think about it, all video games—dazzling feats of technical mastery assembled over the course of countless man hours—are priceless. But if you think about it even harder, you probably still won’t want to pay $139.95 for a single episode of the soon-to-be-delisted Minecraft: Story Mode.

Currently, each episode of the eight-part narrative-driven Minecraft series from Telltale (R.I.P.) costs $139.95 on the Xbox 360.

That means the total cost of the whole thing is $979.65 (one episode is free). If that strikes you as prohibitively expensive, well, it’s supposed to be.

A post on the Minecraft: Story Mode Facebook page Friday explained that in the process of removing the series from sale ahead of total de-listing on June 25, the game’s current stewards accidentally disabled previous owners’ ability to re-download it.

The sudden price change is a workaround because, as you’re likely aware, the Xbox 360 is very old. It is tired and just wants to sleep. Also, its store backend wasn’t constructed with the sometimes-unfortunate economic realities of modern video games in mind.

“From working with the Xbox 360 platform, the only solution to this situation is to re-list the downloadable content for purchase,” reads the post on Minecraft: Story Mode’s Facebook page. “So, to assist existing customers, all the downloadable Episodes for the two Minecraft: Story Mode titles are temporarily re-listed but, to deter new purchases, they will be re-listed at a very high price!”

The post then goes on to explicitly state that people should not purchase the episodes: “The price shown is a real list price, please do not buy the content, if you do, you will be charged the amount shown. This is simply the only mechanism available to facilitate players being able to download their remaining episodes prior to servers shutting down.”

It’s a pretty absurd situation, all things considered—a funny footnote in the otherwise sad saga of Telltale games vanishing from platforms in the wake of the company’s ugly demise.

As for Story Mode, hopefully we’ll be able to buy it again someday for less than $139.95 a piece. Or for anything at all, for that matter.