All it took was two minutes and one surprise trailer for Nintendo to turn a sleepy E3 to an explosive bonanza—but that’s what happens when you announce a sequel to The Legend of Zelda: Breath of the Wild, perhaps the most beloved game in recent memory. The trailer cryptically hinted at something extremely dark and creepy in store for Link and Zelda. It’s a great tease of a killer mystery, but you know what wasn’t a mystery? Zelda’s dope new haircut.

Here’s the trailer again, if you need it for reference.

Like everything else in this trailer, Zelda’s newer, shorter cut is only on-screen briefly, but it’s just long enough for all of us to marvel at. And fans are thrilled.

zelda: i cut my hair… what do you think?

So thrilled, in fact, that Twitter has been flooded over the last 24 hours with art by fans enamoured with Zelda’s new look.

her hair is shorter than links i need a moment pic.twitter.com/zSOeFeQKlK

The range of art styles and interpretations on display are truly stunning.

And a few of them have ideas about just how Zelda got her haircut.

Everyone is doing such cute drawings of Link cutting Zelda's hair all nice & pretty. All I can imagine is Link trying his hardest, not knowing what to do and it becoming a disaster ???????????? #BreathoftheWild #BreathOfTheWild2 pic.twitter.com/aMhBS8aG49

Perhaps this sharp new cut is the reason that horrifying corpse (Ganon himself? Who can say!) has magically arisen from what looks like centuries of slumber, as Reddit user Nameless36 suggests with this increasingly popular meme format. 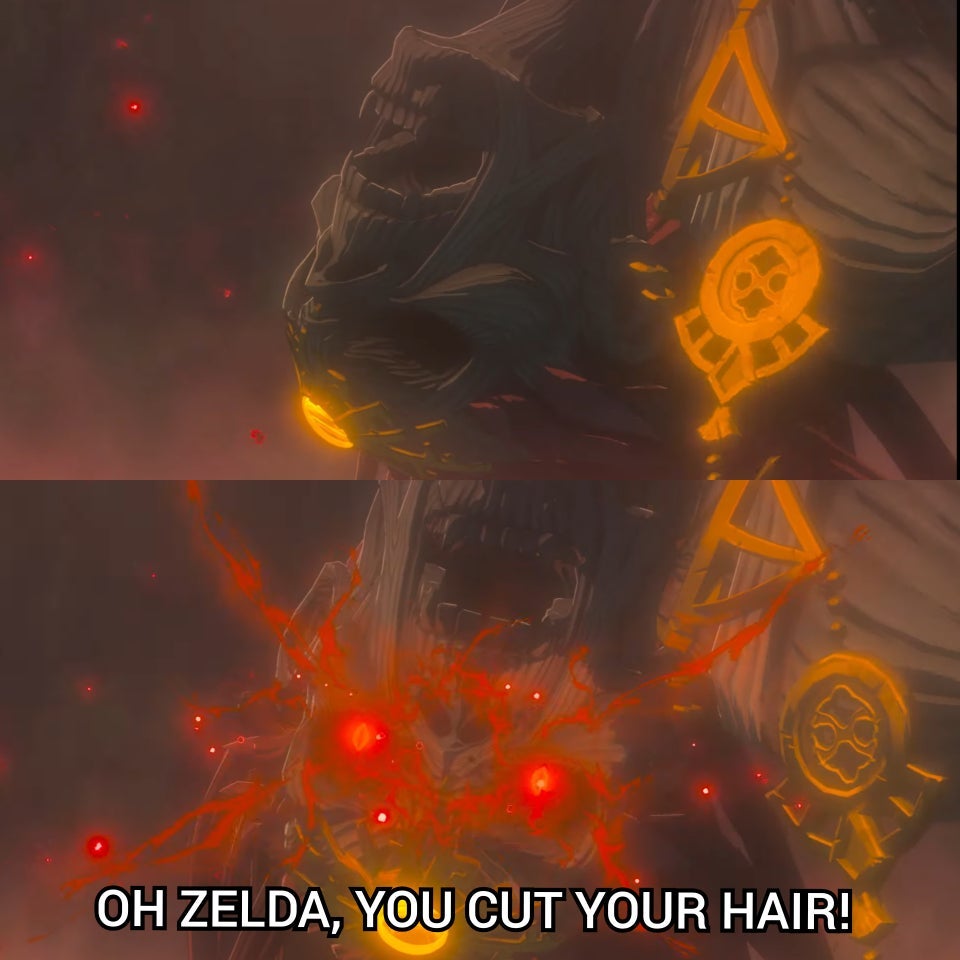 And of course, numerous fans are wondering if this means Zelda will be playable.

To which we would say: about damn time. It’s not called The Legend of Link, you know.