Two new games have come from the newspaper’s Games Expansion team over the last year, each offering a different flavour of word game. Spelling Bee and Letter Boxed each challenge players to spell as many words as they can within certain parameters.

Tiles, which the Times released this week, is different: It doesn’t involve words at all. It’s brilliant.

A game of Tiles starts with a grid full of intricately patterned tiles. It looks like this. 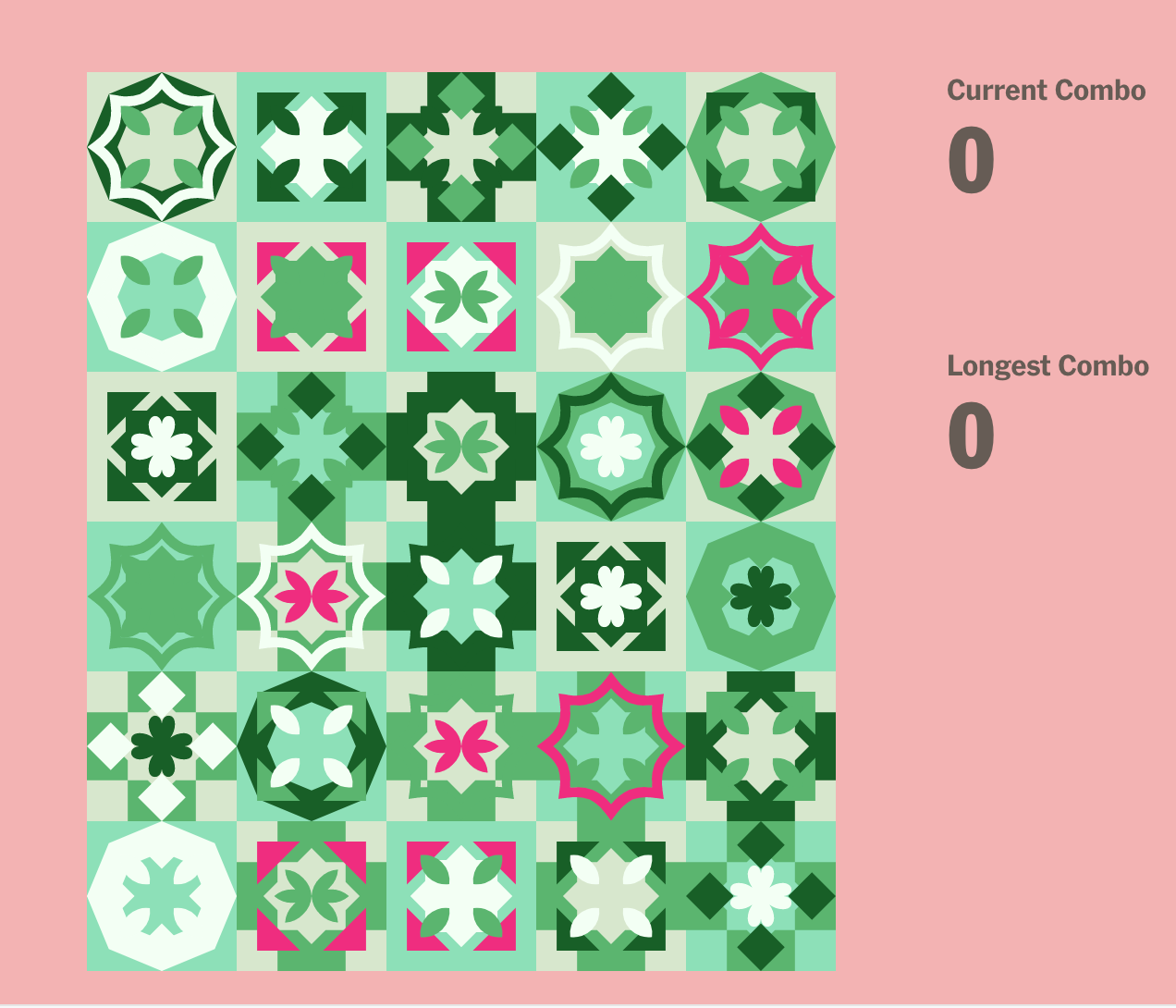 To play, you click on a tile, and then another tile with at least one similar pattern on it. See the two tiles in the lower half with the pink flower design in their centres? Those would be a good place to start. Click on both, and then the pink flower would disappear, and the last tile you clicked becomes the first tile in your next pair.

The goal is to keep the chain going as long as you can, but if you mess up, the game doesn’t end — your current combo just resets. The game continues until all tiles are clear of all designs.

Here’s what it looks like when you’re almost done: 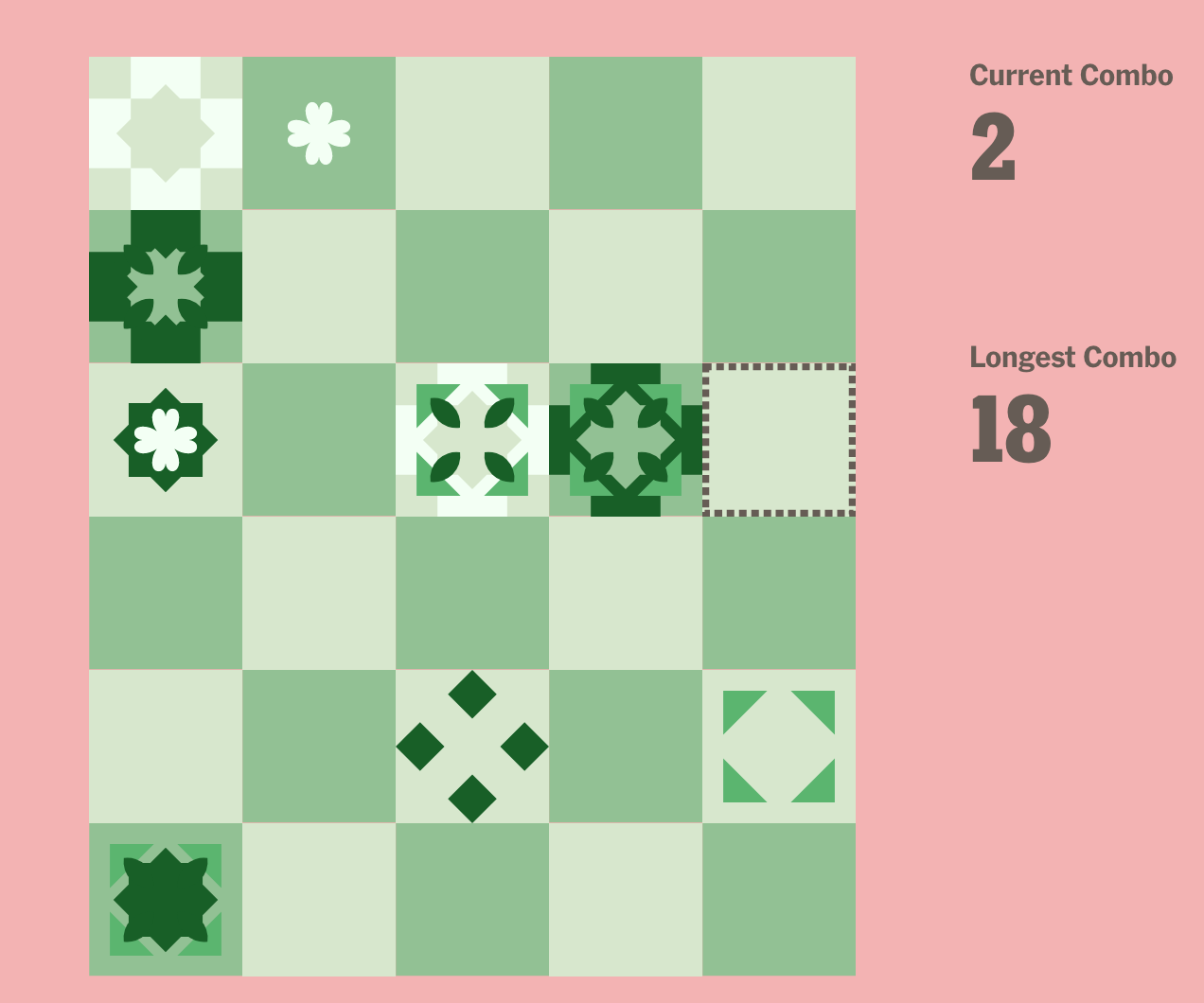 Like a good crossword puzzle, there’s no “winning” a game of Tiles. You just finish one. You can set your own goals if you like — keeping combos going for as long as possible is satisfying, and while I haven’t pulled it off yet, I really want to be able to clear a whole board in one long combo.

It’s harder than it seems — Tiles’ limited colour palette means that patterns can overlap and fool you into thinking something isn’t there when it is — but not so hard that it ever frustrates.

According to Adweek, the Times developed Tiles in response to subscribers looking for a game that would help them “zone out”, and Tiles is extremely good at that. It’s just demanding enough to command your attention fully, but not so demanding that it takes much effort to start playing.

Accessible puzzle games are kind of like an open bag of potato chips sitting in front of you when you aren’t even hungry: It’s extremely easy to eat one anyway, and once you have, why not the whole bag?

Unfortunately, you can only play Tiles four times a day for free — after that, you’ll need a subscription to The New York Times’ Crossword section, which is separate from a regular Times subscription. (Seriously, the Times crossword is a big deal.)