Does Nintendo plan to continue its Classic Edition line of miniaturized, game-stuffed consoles? Next in line would be the N64, which includes one of the most loved games of all time; Rare’s GoldenEye 007.

But licensing issues mean that even if we do get an N64 Classic Edition, it might not come bundled with 007. So an accessories maker named EON has come up with an even better solution: a simple HDMI adaptor that makes the original N64 compatible with modern TVs.

GoldenEye 007 arrived at a time when most of us played video games on 27-inch CRT TVs which seemed like behemoths at the time, even with the screen split four ways for multiplayer battles. Those old TVs are dwarfed by modern flatscreens, but getting a 23-year-old console to play nice with them has required some intermediate hardware, and enough effort to not seem worth the hassle. But with the EON Super 64, you plug the adaptor into your N64, plug an HDMI cable into it, and you’re off to the Mario Kart 64 races.

The adaptor doesn’t do any kind of upscaling – you won’t be playing The Legend of Zelda: Ocarina of Time in 4K – but it does run in two different modes: Classic Mode which preserves all of the N64’s aliasing (the jagged edges you see when you look real close) and a Slick Mode which appears to apply some level of anti-aliasing to smooth everything out. 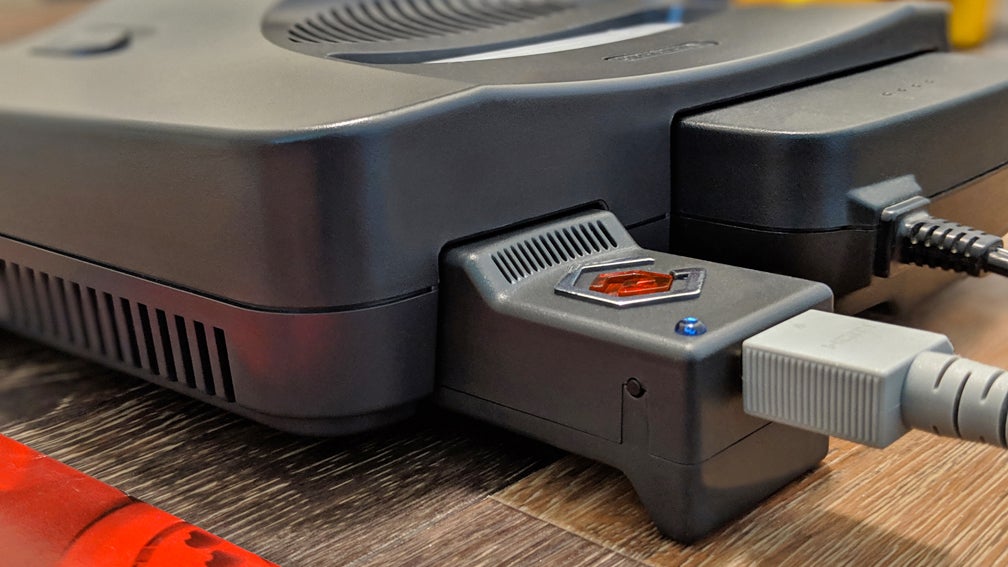 It seems like a good enough reason to hunt down your old N64 and dig out all your classic cartridges, but there is one catch.

When the N64 launched back in 1996, it sold for $399. The EON Super 64 adaptor, which appears to be available for pre-order from a site called Castlemania Games, sells for $214.

That makes it a pricy solution, even with the promise of putting classics like GoldenEye and Majora’s Mask on your big screen TV. And that’s assuming you still have your old N64, and it didn’t go the way of the yard sale by now.