Welcome back to Toy Aisle, io9’s regular roundup of the merchandise threatening to drain our wallets of their life essences. This week: McFarlane takes on the wizarding world of Harry Potter, Hasbro conjures up an adorable little Simba, and the Voltron you used to ignore gets a rad action figure. Check it out! 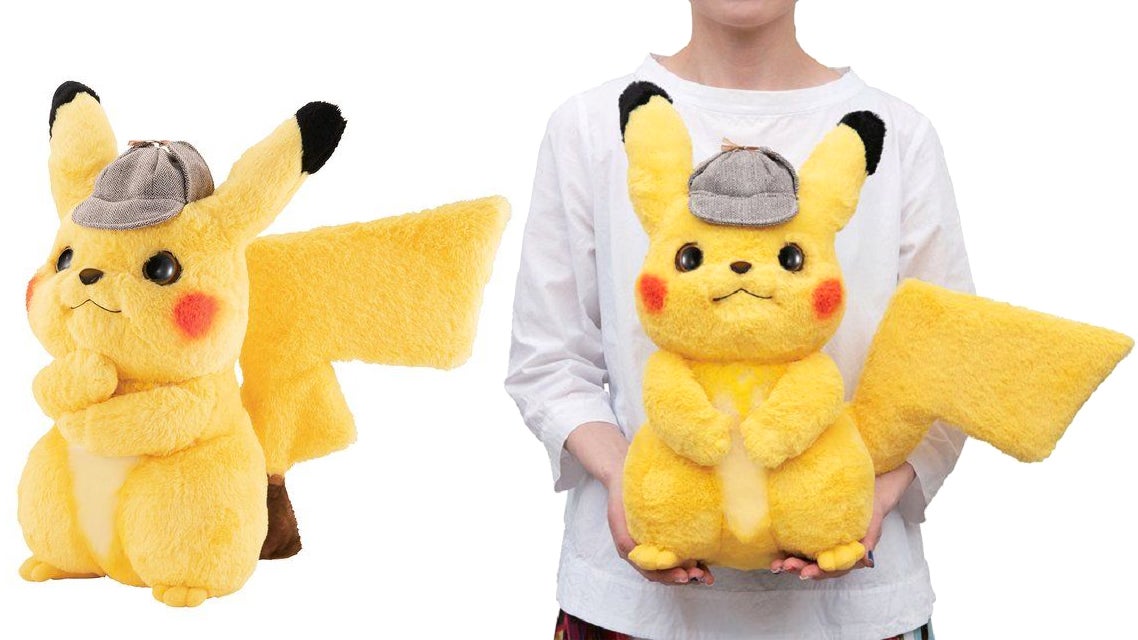 Editor’s Note: Local pricing and availability isn’t confirmed, although you can import some of the below from the United States if you’re prepared to cop the premium on shipping.

Anyone who’s played a Pokémon game or watched the anime can attest to, at some point in their lives, wanting to have a Pocket Monster of their very own, even if we don’t have the ball-based technology to render said creature actually pocket sized. Anyone who’s seen Detective Pikachu now probably wishes they could have a Pokésleuth of their own, specifically. Well, good news! Bandai is going to facilitate exactly that dream.

Clocking in at 40 centimeters tall—just under 16″—Bandai’s fluffy Detective Pikachu plush is scaled to match its digital counterpart from the recent movie. But aside from being massive and insanely fluffy, the Pikachu is given an even more realistic bent by being fully posable, from his tail, to his hands and arms, to even his ears.

All this adorability comes at a great cost though: It’s only available through the Premium Bandai online store, and Pikachu will cost you a whopping $US200 ($288) for the Poképrivelege of bringing him home. But can you really put a price on those giant, longing eyes?

We got our first peek at McFarlane Toys’ new Harry Potter line back at New York Toy Fair in February (no photos allowed!), but now the gates of Hogwarts are wide open and the first wave of seven-inch figures have officially been revealed. Based on the characters as they appeared in Harry Potter and the Deathly Hallows Part 2, the line initially includes Harry, Hermione, Ron (and their Patronuses), as well as Voldemort with Nagini.

They’ll hit stores internationally in July and will be available for about $US22 ($32) each. 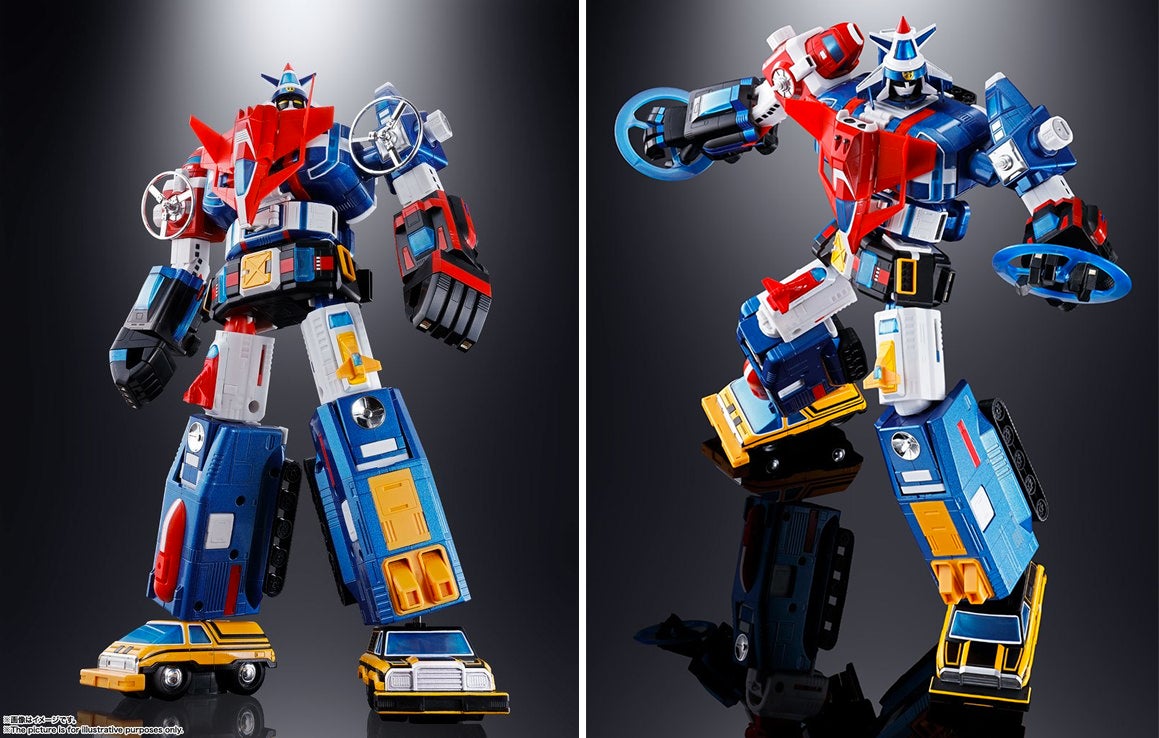 More commonly known as “Vehicle Voltron” or “Bad Voltron” to kids who grew up preferring the original lion version, a collection of 15 tiny die-cast vehicles (including what appear to be sedans and minivans) transform and combine to form a 30cm version of Armoured Fleet Dairugger XV. Tamashii Nations will start accepting international pre-orders for the set on June 3, with delivery expected sometime in October.

Is it as cool as a team of five robotic lions that merge into a towering sword-wielding robot? No, but you can thank this set for inspiring all the Transformers combiners that made the ‘80s so great—including Devastator.

The real fun of Disney’s live-action remakes of all its animated films is that we get a new line of toys with each one. When The Lion King first hit theatres 25 years ago, the idea of a kid owning an animatronic robot lion was laughable. But for the film’s reboot, Hasbro’s adding an interactive version of Simba to its Furreal line that can move its head, eyes, ears, mouth, tail, and legs, and respond to touches, pets, voice commands, and even roars—as any respectable lion should.

It’s available next month for $US100 ($144), and instead of grubs, you’ll have to feed this Simba a steady diet of C-sized batteries to keep him awake and playful. 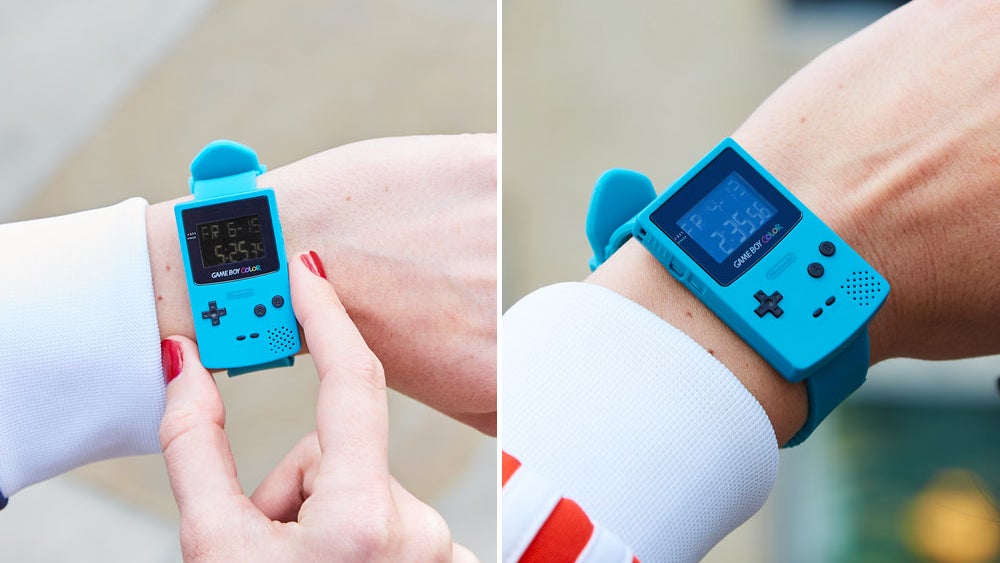 Although the original Game Boy will always hold the softest of spots in our hearts, we’ll admit that the Game Boy Colour provided a much improved gaming experience, with not only a full colour screen, but also a series of brightly tinted handhelds that strayed from the Game Boy’s uninspired grey housing. With a smartphone in your pocket it feels impractical to still carry a Game Boy Colour, but this GBC watch, similar to the Game Boy Watch we previously reviewed, lets you proudly display your loyalty to the console.

For $US25 ($36) it doesn’t do much else besides telling time, but those tiny buttons actually work now, and even make GBC sounds when pressed. 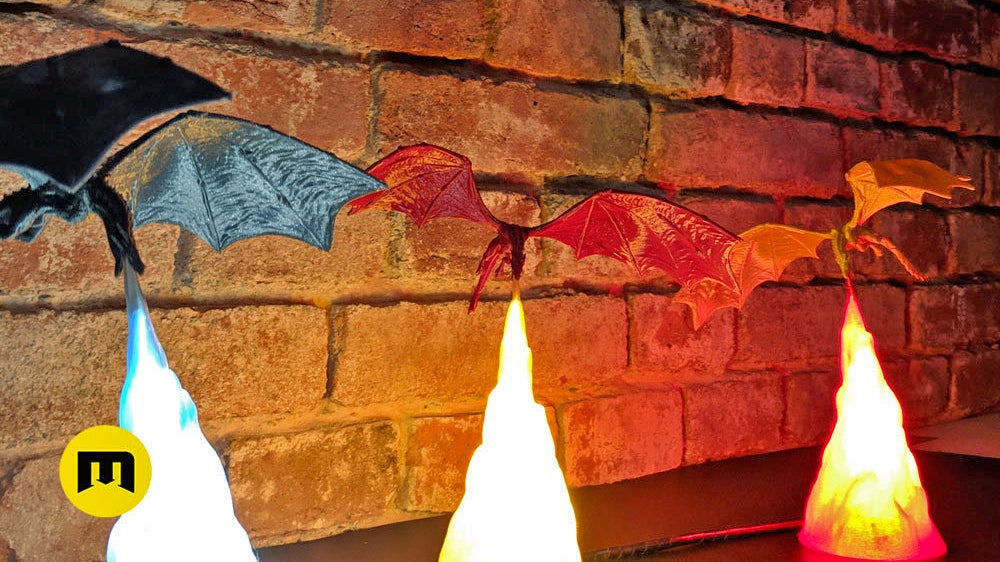 Who’d have thought that the episode where Daenerys incinerates thousands of innocent people and burns an entire city to the ground would end up being better than the series’ actual finale?

If you’ve still got a bad taste in your mouth from how Game of Thrones ended, you can instead focus on that dramatic second-to-last episode instead with these 3D-printed fire breathing dragon lamps, available from Kvant3dPrinting’s Etsy shop for about $US70 ($101) each. No one’s going to die when you fire one of these up, we promise.

If you haven’t heard, there’s another Terminator movie en route, and despite having James Cameron involved again, there’s a good chance it still won’t live up to the first two movies.

So if you’re a Terminator fan, ahead of Dark Fate’s release you might want to start pre-drowning your sorrows with this excellent tankard grasped by a faux T-800 hand that doubles as handle. It’s made from plastic, however, hand painted to look like a futuristic metal alloy, which probably explains why the tankard will set you back a hefty $US65 ($94). I’ll be back…for seconds.