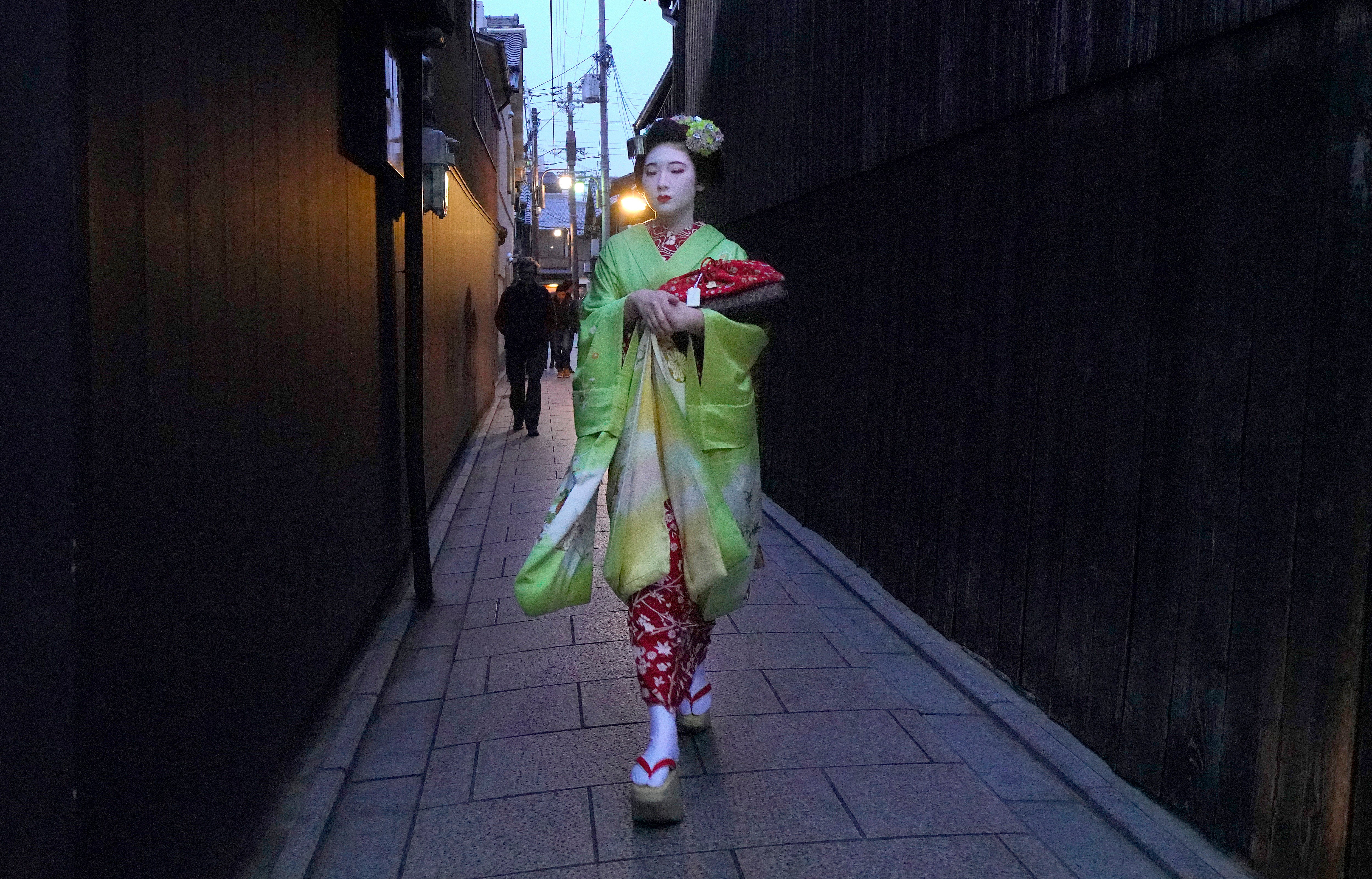 If you are visiting Kyoto, you probably want to take lots and lots of photos. But when you do, there are some things to keep in mind, especially when you see geisha.

Recently, the influx of tourists has put a strain on Kyoto. Hopefully, these are growing pains, and the city will develop better infrastructure to handle the crowds and provide more information to tourists regarding what is and is not allowed.

In the meantime, now that everyone has a camera in their pocket and a social networking site to upload those images, there are more photos than ever being taken. In Kyoto, that has lead to disheartening scenes like this:

Groups of tourists chasing after geisha and maiko (geisha apprentices), walking in front of traffic or taking selfies with them sans permission.

The number of tourists in Gion seems to have spiked significantly in the past two or three years. There are also geisha-spotting tips and tours, which no doubt have helped increase the crowds.

The top image was taken for the Kansai Promotional Council to promote the Kansai region for this week’s G20 Summit in neighbouring Osaka. So officially sanctioned publicity photos like this, showing a maiko walking down Hanami Koji in Gion can ultimately cause confusion with tourists. They probably want to take their own version of this photo.

But remember, geisha and maiko are private citizens on their way to work. They are not Mickey Mouse or Donald Duck, and Kyoto is not Disneyland.

While it’s understandable why people are excited to see them (heck, Japanese people who don’t live in Kyoto get excited to see them, too), running after them in the street or stopping in front of them to snap photos is dangerous and rude.

Moreover, Japan has strict privacy laws, so that is another thing to keep in mind while taking photos in public.

There are also signs in Gion, the Kyoto nightlife district where geisha and maiko work, telling people not to bother them.

The signs, however, should probably be even more explicit, but knowing how strict Kyoto is about how buildings and signs must look in certain parts of the city (for example, how they must conform to the area’s architecture and colour schemes), that could explain the sign’s relative ambiguity.

The sign seems to indicate that touching geisha is not allowed and neither are selfies, but it doesn’t state the obvious: Don’t chase geisha and maiko down the street and take their photos!

Recently, volunteers have been trying to educate visitors on how to behave while in Gion, passing out booklets with more information. With time, I do people will become better informed as to what behaviour is acceptable. There is a learning curve, and it’s good to see that there is a willingness to inform visitors.

Website Togetter has a collection of tweets about the issue, pointing out how stressful and even scary it must be for geisha and maiko to be hounded and followed like this.

Some Twitter users pointed out that tourists are not the only ones guilty of this practice (Japanese visitors are, too) and if anyone wants to see geisha or maiko, then they should pay accordingly and make reservations at their place of business. Fair enough!