Disappointed by last year’s 3D remake of Secret of Mana? Well, Trials of Mana, the upcoming remake of its sequel, looks nothing like it. Nintendo and Square Enix showed off the Switch game on today’s Treehouse Live stream, and it looks like a completely new, modern game design based on the Super NES original.

The Secret of Mana remake for PlayStation 4, Vita, and PC did have 3D graphics, but the design itself was nearly unchanged from the 16-bit game. The perspective was locked to top-down, the dungeon designs were identical, the enemies were in the same places, and the awkward parts of the original game were mostly left unchanged.

I didn’t think it was much of an upgrade at all; if the gameplay’s going to be identical I’d rather play it with 2D pixel art than zoomed-out polygons.

Not so with Trials of Mana, which will release early next year. It’s a remake of 1995’s Seiken Densetsu 3—which was unavailable in the U.S. until yesterday, when it was released as part of Collection of Mana for the Switch. The remake is a modern-day action RPG not only in looks but in the design, too.

The camera is fully controllable, defaulting to over the character’s shoulder. You can jump, which you couldn’t do in the original game, leaping to hit higher enemies (or just for the fun of it).

The battle system has been totally overhauled, too. For example, when you enter a battle you’re given some bonus conditions like “defeat all enemies within 20 seconds,” which will give you extra EXP if you meet them. There’s a mini-map with waypoints. There’s treasure scattered in nooks and crannies of the newly overhauled map, which was not the case with the original. 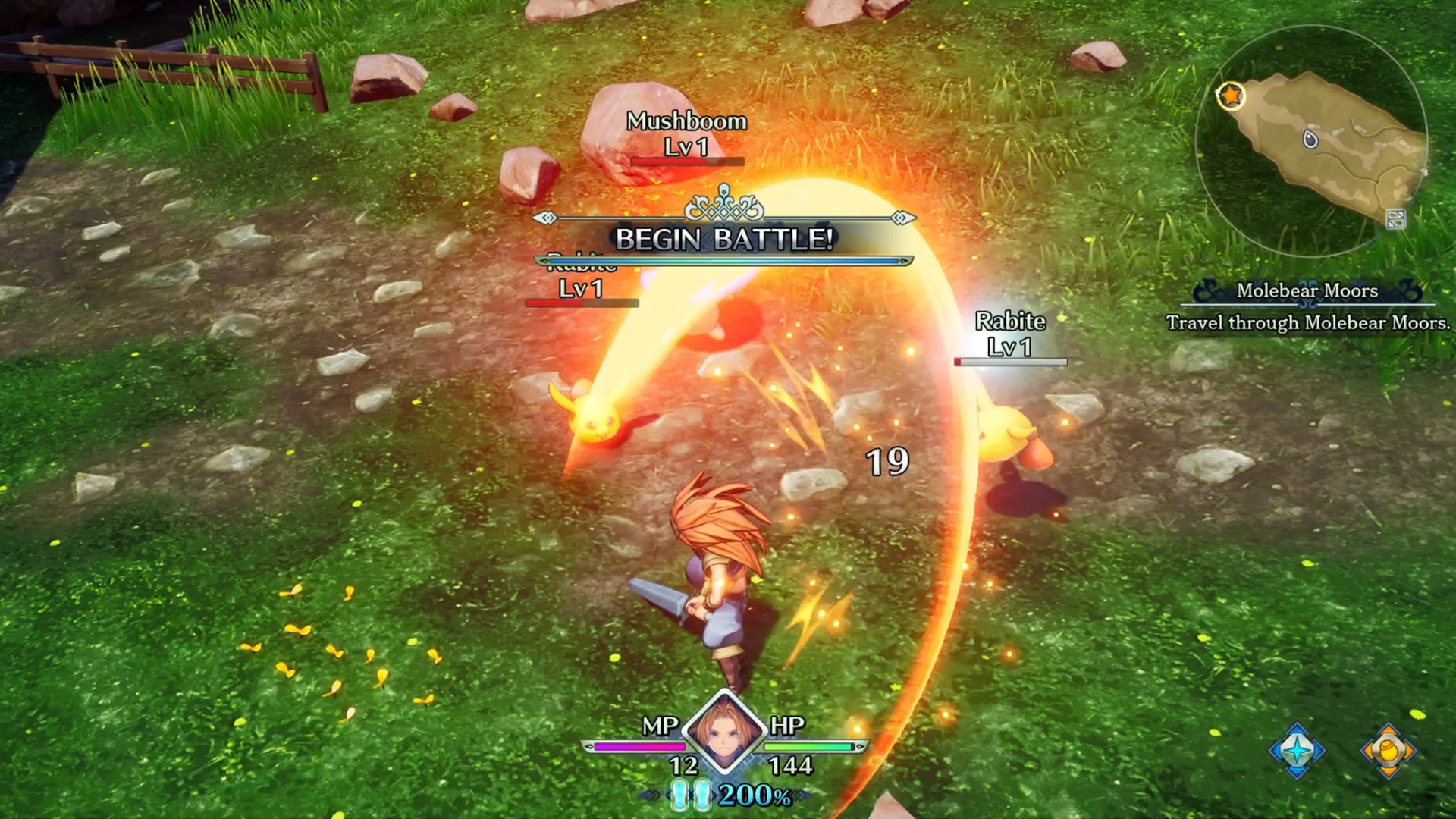 Just from the few minutes of play we saw in the Treehouse stream, you can tell that from a design perspective, this is essentially a brand new entry in the Mana series, just one that happens to be based on the story of a previous game. That’s exciting! I’ve gone from utterly uninterested in this remake (based on having played through what Secret of Mana got) to 100 per cent definitely playing it on day one.

I’ll still be playing the SNES game it’s based on, of course, especially since I was looking for another 16-bit RPG to sink my teeth into. But I can’t wait for this.

The Mana series has had a difficult time of it over the last couple of decades with disappointing remakes, gacha-based mobile spinoffs, and few attempts at creating a truly new high-quality triple-A game that continues the action RPG legacy of the originals. Trials of Mana isn’t “new,” but it is clearly an attempt to update the Mana formula for the modern day. Who knows, maybe it’ll even paint the path forward for the series and lead to a truly new episode.