WoW Classic Fans Brace For The Arrival Of Something That Didn’t Exist In 2004: Twitch Streamers 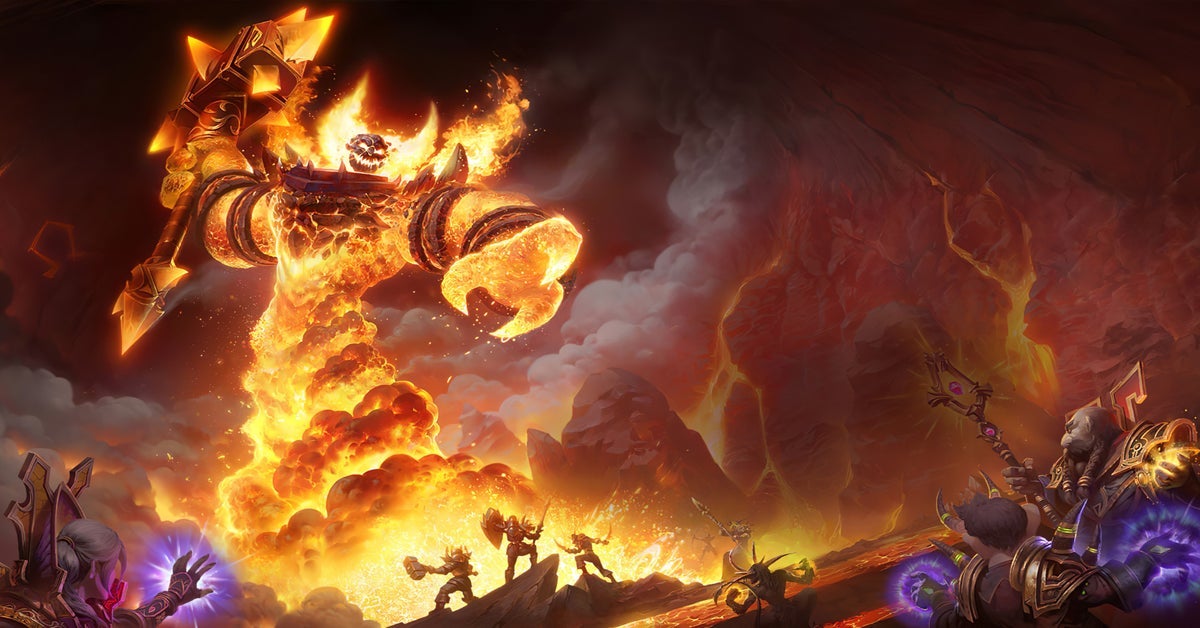 World Of Warcraft Classic is kinda wild when you think about it. It’s a time capsule from 2004 that you can live inside, a swirling portal to a place many people thought they’d get to visit again. There’s no denying, however, that times have changed since “Vanilla” WoW’s rosily-remembered heyday. One recent development that’s been causing some friction: streamers.

Currently, WoW Classic is still in closed beta, meaning access is limited. A handful of popular streamers like Sodapoppin, Asmongold, Dafran, and Esfand are among those who can play, and they’re already the most visible presence on the servers. Some players have gone so far as to swear off so-called “streamer servers” entirely.

This largely stems from concerns that once WoW Classic is properly live, streamers’ fans will constantly mob them, obliterate everyone else in PVP through sheer numbers, overwhelm in-game economies, and generally make toxic nuisances of themselves.

“Almost the entire population revolves around them,” said one player on the WoW Classic subreddit, voicing concerns that are, so far, largely hypothetical given the current scope of the beta. “When they are on, 2k more people are on, when they aren’t it’s dead.”

While World of Warcraft has always put most things of consequence—dungeons, raids, PVP arenas, etc—in their own sequestered-off “instances” so as to create structure and keep jerks from raining on people’s parades, modern WoW is much more heavily instanced than Vanilla WoW was.

Many fans regard WoW Classic as a chance to return to the days when non-instanced “world” PVP was all the rage, and massive spontaneous clashes between Horde and Alliance were the norm. Not only that, there will be world bosses and, eventually, limited-time world events for players to contend with in Classic.

As a result, some are worried that streamers will throw endless armies of fans at PVP, bosses, progression, economies, and more, monopolising WoW Classic in a way that’s simply not possible in WoW as it is now. The Wild West feeling of early WoW, they fear, will be trampled by streamers immediately grabbing the spotlight and refusing to let go.

At this point, it’s hard to say if things will unfold this way once WoW Classic is available to everyone. However, there have been some instances of streamers and their audiences causing a ruckus in the beta, as when Dafran disrupted an otherwise orderly tournament by attacking the opposing faction, kicking off a massive, ugly brawl.

In another instance, Asmongold and a horde of Alliance followers kited a black dragon world boss all the way to the Alliance capital city of Stormwind. Havoc, as you might expect, ensued. True, Asmongold and his friends pulled off a heck of a feat, but it also drove home the idea that streamers can wield their influence in ways that bring entire servers to their knees.

“You get the perks of being a streamer, and one of the few things we get out of your perks is the ability to hunt you.”

Streamers, meanwhile, are dealing with issues of their own. As battle royale games like PUBG and Fortnite have shown us, where streamers go, stream snipers follow, to try and kill them or just infuriate them with troll-y antics.

During a stream yesterday, Sodapoppin proposed a controversial plan to discourage stream-sniping shenanigans in WoW Classic: a Horde and Alliance “blacklist.” He prefaced his idea by saying that he wishes people would just treat him like an anonymous player, but that’s not happening.

And while he thinks it’s fine to kill streamers, he said that if somebody is obviously stream sniping—for example, moving exactly where he’s moving while stealthed—then they’ll get added to his list.

“I’ll take that person, and I’ll say, ‘OK, blacklist this person,’” he said. “My friends on the Alliance or other streamers don’t play with this person. They are never allowed in anything that the actual good guilds on the Alliance are doing. They are blacklisted. And it’s vice-versa as well. So you won’t get any good raids. You’ll never get any good gear. And eventually, if you want to keep stream sniping, you’ll be doing it while I have double your gear.”

Players have not taken kindly to this suggestion. One highly upvoted thread on the WoW Classic subreddit offered a particularly dramatic response to Sodapoppin and like-minded streamers.

“Down with Soda, and down with anyone else who believes they should be able to dictate who is able to enjoy the game,” wrote the player who started the thread. “You get the perks of being a streamer, and one of the few things we get out of your perks is the ability to hunt you. As a result I suggest we create a super guild, ‘The Blacklist’ with the explicit purpose of pushing content as efficiently as possible, with the goal of hunting those who wish to abuse their streamer privilege to dictate what others may do. Any and all shall be welcome, and those who we blacklist shall be hunted relentlessly.”

Others, however, view this as an opportunity. They like their Vanilla WoW experience spicy, and in streamers, they see high potential for PVP, chaos, and drama.

“Sooo many extra events, sooo much more PVP and Drama,” wrote one player on the official WoW Classic forums who pledged to “terrorise the Streamers and their goons.”

The player drew a distinction between WoW Classic and the current expansion Battle For Azeroth, in which PVP-centric stats and abilities function completely differently than they did in WoW’s early days. “”The streamers will not be invincible,” they wrote. “A group of 20-30 highly skilled and coordinated PVPers that are decked out in PVP/PVE gear can easily wipe out a streamer and their 80+back peddling headless chicken goons.”

Even some players who don’t write like super villains think the inevitable streamer influx doesn’t have to be a bad thing. One, who said they personally will “cut their losses and re-roll” if they ever end up on a server with a popular streamer, is still choosing to view things through an optimistic lens.

“My best memories of WoW were in 2006 when there was a huge influx of new players,” they wrote in a post on the WoW Classic forums.

“It was fun watching new players experience everything for the first time. It reminded me of my first time levelling to 60. A few months later, we were all noobs in a new raid. If these streamers are hyping this game and bringing in new players, maybe we can see this as a positive and something that will enhance our experience.”