You’ve read the comics. You’ve seen the movies. You’ve watched the TV shows. And now you can experience Marvel in its most homegrown setting yet: a high school auditorium.

Marvel has teamed up with Samuel French to make three officially licensed Marvel plays available for performances. It’s a program called “Marvel Spotlight” and it’s kicking off with three plays:

These are one-act plays “developed for teenagers” that “explore the humans behind your favourite Super Heroes as they balance mastering their newfound powers while facing the real-world challenges of young adults.” Here’s a screencap from the official site: 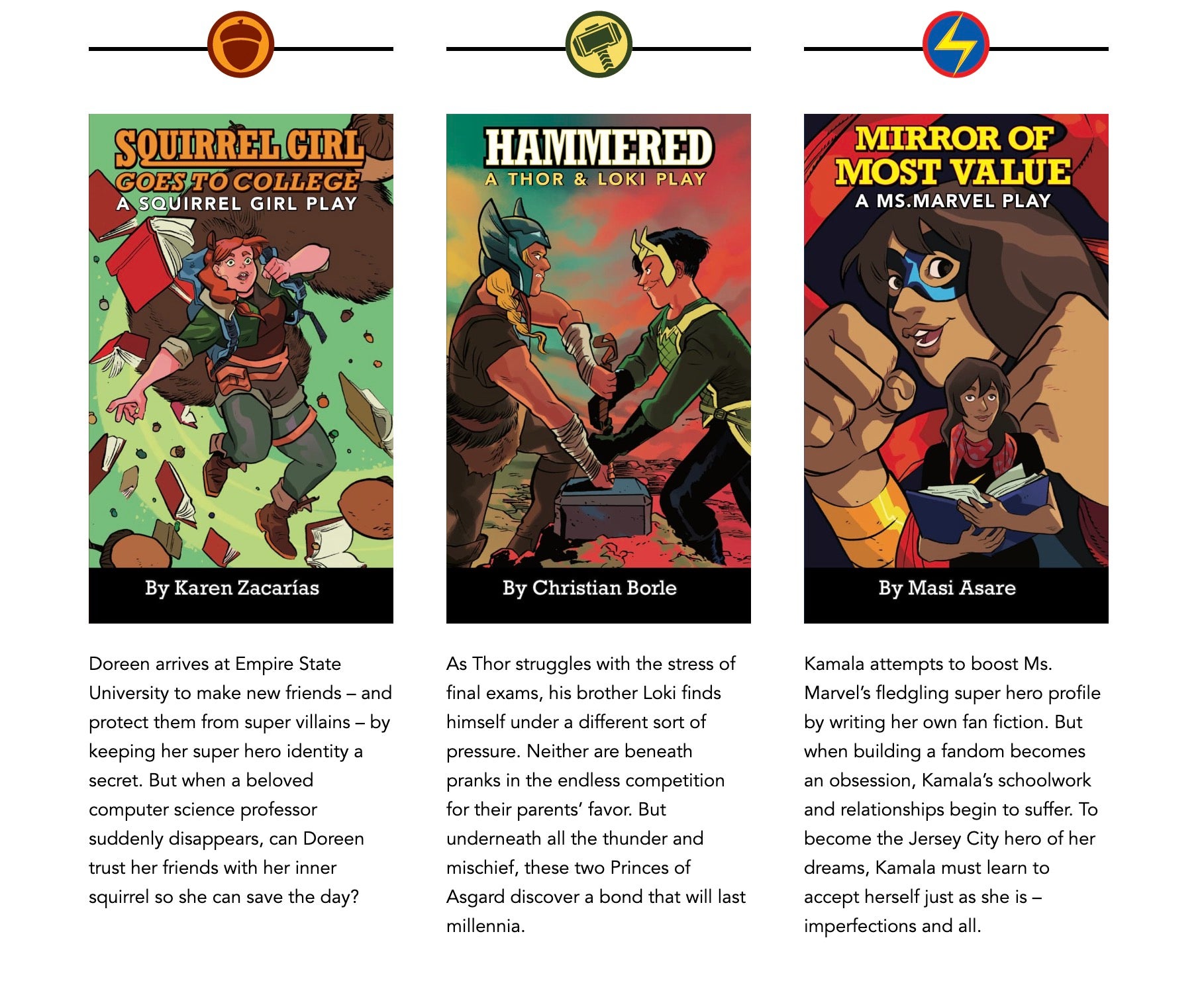 Since these are official, there are licensing fees involved.

Editor’s Note: These plays are unlikely to be available for licensing to countries outside the U.S.

More information – like detailed plot descriptions, specifics on how to licence the plays, tips on achieving a Marvel look, and more – can be found on the official site: MarvelSpotlightPlays.com.

I haven’t read the plays, so it’s impossible to say if they’re worth the money or not—though Marvel is unlikely to make this kind of leap without quality content to back it up, and given the popularity of all things Marvel, most performance groups will probably be able to draw a crowd based on name recognition alone.

I know I’d pay to see Ms. Marvel, Thor and Loki, and Squirrel Girl in a dramatic theatre near me.