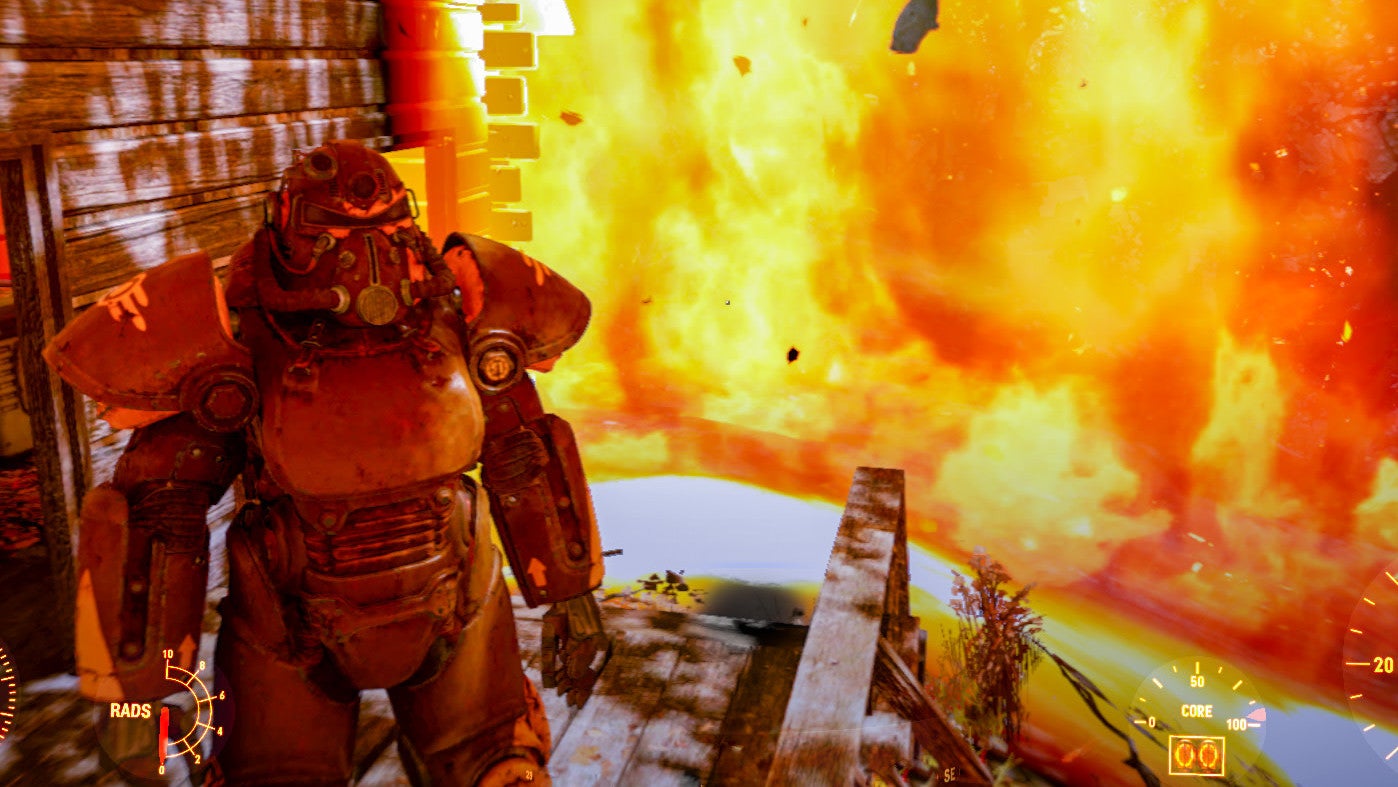 Screenshot: Kotaku, Fallout 76
To sign up for our daily newsletter covering the latest news, features and reviews, head HERE. For a running feed of all our stories, follow us on Twitter HERE. Or you can bookmark the Kotaku Australia homepage to visit whenever you need a news fix.

You do not want me in your Nuclear Winter squad. I have a penchant for switching my drop location at the last second, landing on the map hundreds of metres away from my teammates. I’m never on mic. And I’m terrible at staying hidden. But none of this stopped another player, let’s call him Bill, from trying his hardest to save my goddamn life anyway.

I used to feel as though there were too many battle royale games. Then Bethesda added one to Fallout 76, and I realised how the little details that differentiate each battle royale from one to another can make all the difference.

For me, that meant returning to Fallout 76’s Forest region as it was being engulfed in flames.

Behind me, everything was destroyed. In front of me, my randomly assigned squadmate Bill. 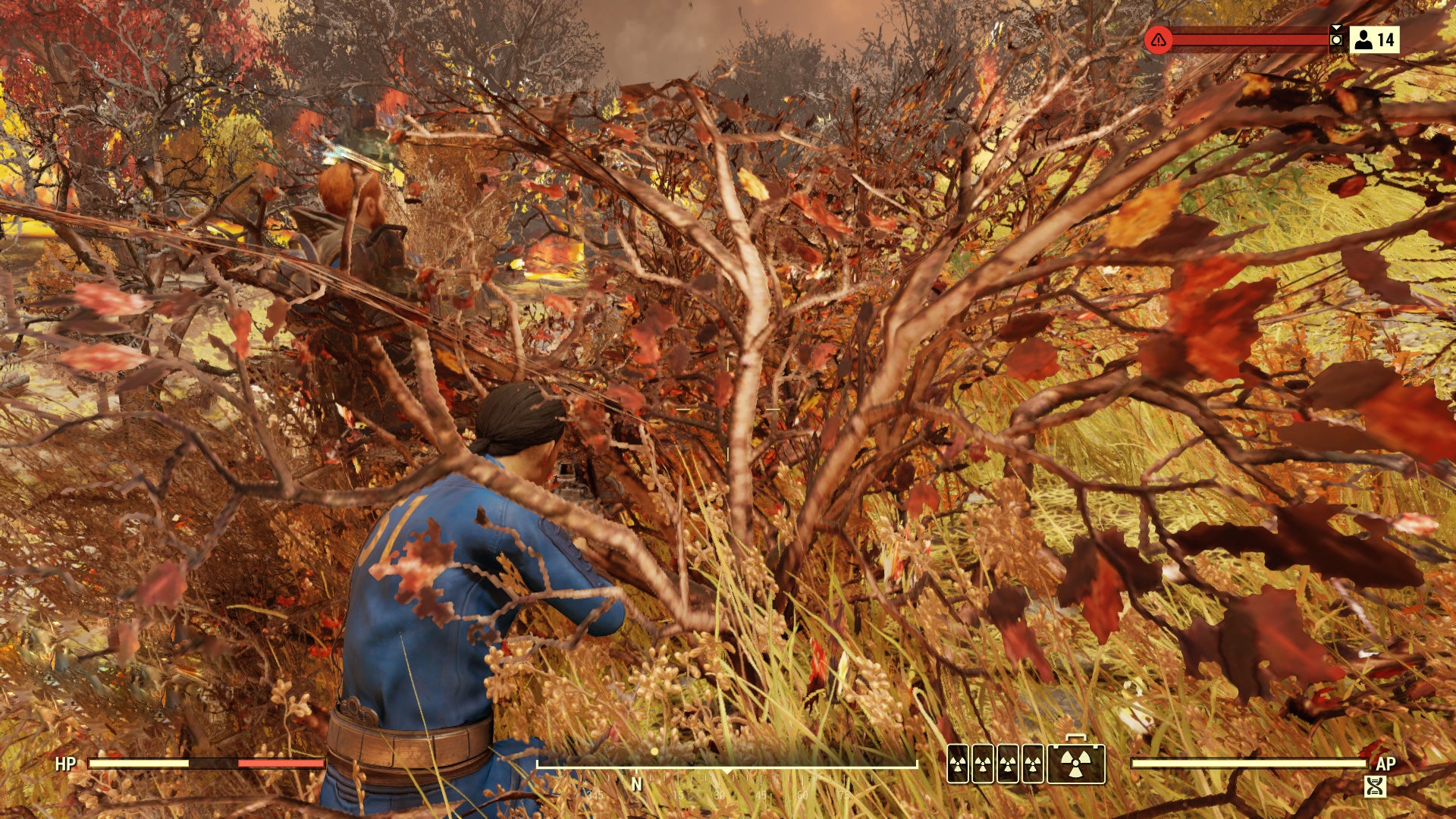 I’m not sure if he was looking for me, because I sure as hell wasn’t looking for him, but having been reunited on the verge of another apocalypse, I decided to stick with him. We were only two, our other teammates already killed.

My only strategy in Nuclear Winter consists of hiding as close to the storm as possible and then getting outnumbered in the final circle of fiery hell. Bill had a much higher Overseer Rank, as well as a gatling gun, so I decided to follow his lead.

There were only about a dozen players left by this point. I thought that Bill might miraculously lead me to my first Nuclear Winter win. Instead, I led him to his death.

We were on the main road just south of the New River Gorge Resort when I spotted something moving up ahead. Unable to communicate with Bill (no mic, remember?), I took out my sniper rifle to try and pin the the stranger down.

As Bill fired back from the road, I tried to flank our mystery vault dweller. I don’t know which one of us killed him, but I do remember being giddy with excitement about it. This was going to work. With Bill’s help, anyway. 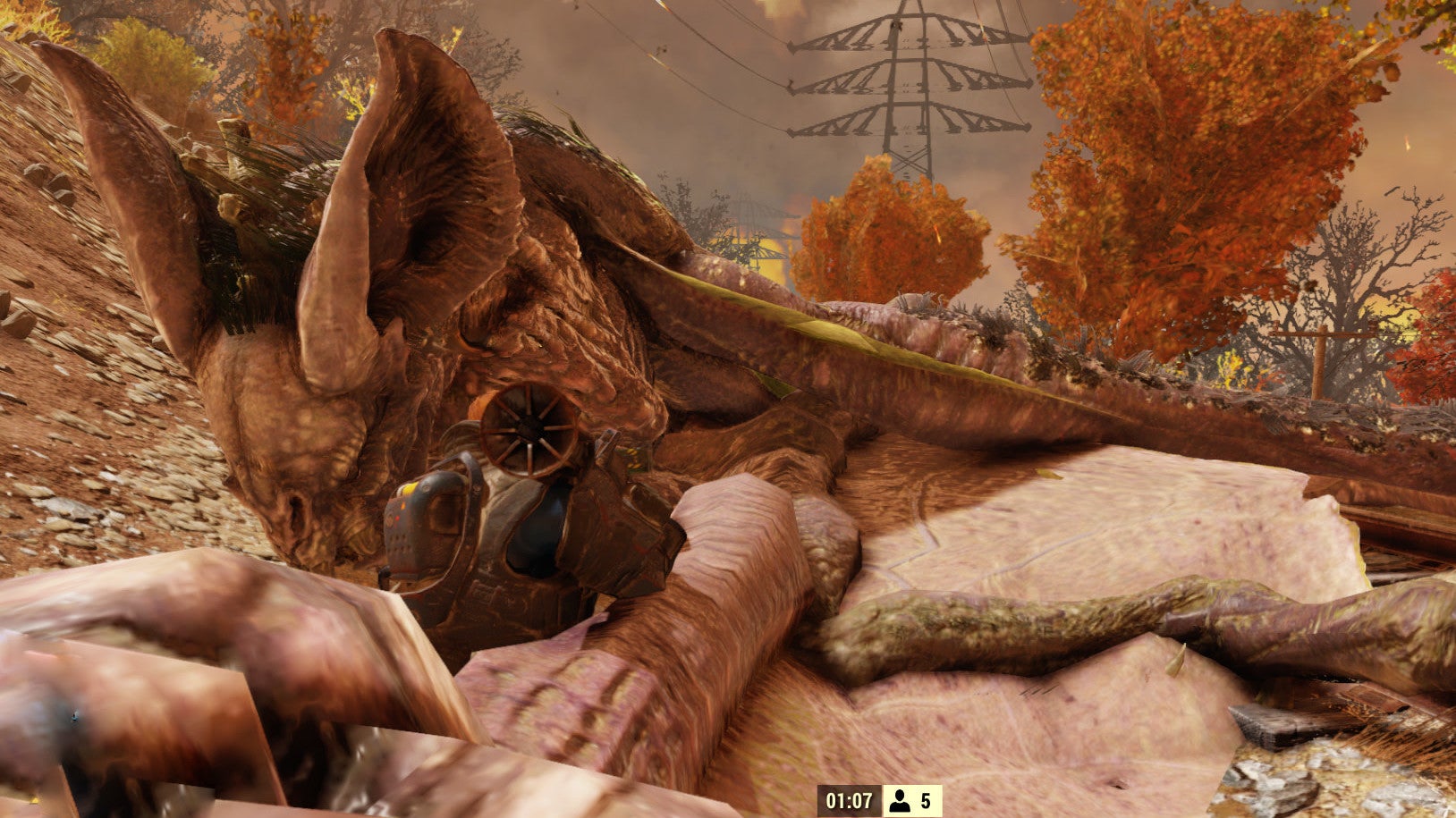 I had no armour, though, and little confidence in my own abilities. Bill was armed to the gills, so I dropped him my last stimpak so he could heal up.

Small acts of kindness between strangers breed disproportionate amounts of goodwill in my experience, and Bill, though he couldn’t communicate, seemed to be genuinely taken aback by the generosity, especially following my initial status as the selfish renegade on our team.

He flipped me a thumbs up, or maybe a heart, or maybe I’ve invented that memory because of how I imagined he felt. Either way, he was my new best bud. At least, for a few more seconds.

I was standing in a bush while Bill did whatever Bill does. But it’s hard to see things while you’re in bushes, and even more boring just to be stuck standing there. While Bill went to check on a Scorchbeast corpse, I ran ahead looking to see if I could find any loot caches beneath the nearby transmission tower.

But I never found any. All I heard was the crack of laser gun. The next thing I knew my insides were fried.

Eventually, as I lay bleeding out, Bill came running. I still haven’t been able to fathom why. I was in an open field overlooked by an embankment of trees. He didn’t have a chance. And yet his selfless act of bravery, futile as it was, is still with me weeks later. Next time, Bill, I promise to wait in the bushes.