Fallout 76’s world can be a brutal, especially for players just starting out. Hunger, thirst, disease, radiation—there’s no shortage of maladies in Appalachia. In the game’s next big update, Bethesda is determined to dial down the danger, at least early on, so new players can actually spend more time exploring Fallout 76 in peace.

“We’re looking to make a few adjustments to help new and low-level characters have more gradual introductions to some of the game’s mechanics and challenges,” Bethesda said in a blog post late last week announcing the major changes coming in Patch 11. The biggest of these changes include:

The studio says it also plans to make rewards from Fallout 76’s checklist-driven Challenges completed earlier in the game more useful for low-level players. Right now, a lot of these activities grant ammunition for guns players don’t have, or crafting materials for things they can’t yet make. New players might racking up high-level ammo while they’re hurting for first-aid, fresh water, and food. 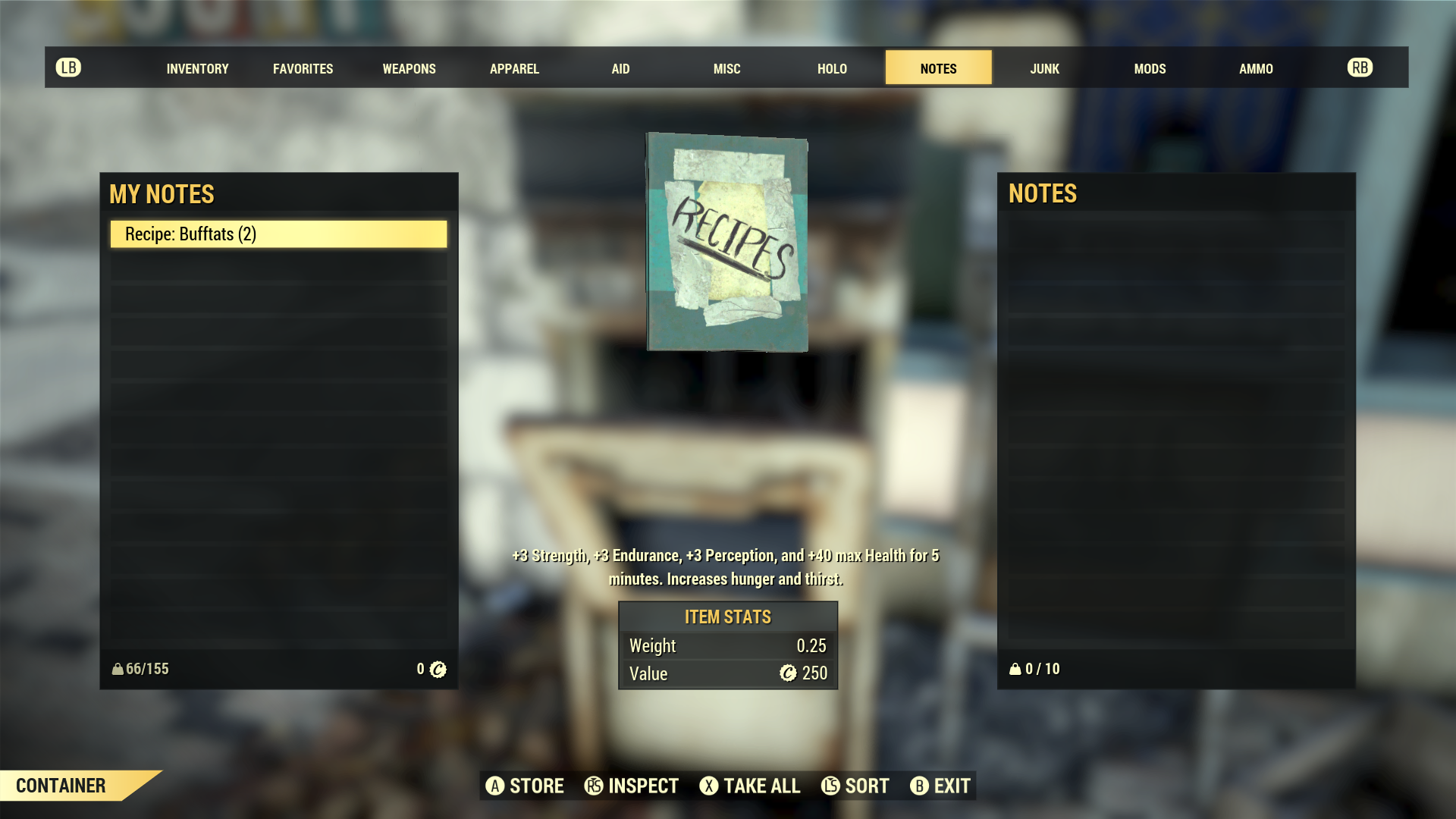 These basic necessities can be so scarce early on for players who don’t know where to look for them that it’s become common practice in Fallout 76 for higher level players to search out those who are still in the single digits and leave them little gift bags full of Stimpaks, Rad-Aways, and grilled meats, and boiled water.

While players have done a good job of papering over Fallout 76’s holes with creative role-playing, making the game’s onboarding process a much smoother experience will go a long way toward helping it find new players as Bethesda continues to add post-release content. Patch 11 is supposed to arrive later this month.