The undead apocalypse started spreading across Call of Duty: Black Ops 4 on Wednesday, bringing zombie-themed content that features brand new maps as well as plenty of nostalgia for Call of Duties past.

Black Ops 4’s latest event “Operation Apocalypse Z” is currently exclusive to PlayStation 4, but zombies will infect Xbox One and PC on July 17. Much of the new content is geared towards adding some flavour of undead embellishment to all of the game’s modes, giving some really great fanservice to the Zombies community.

New maps have arrived for Black Ops Pass owners, with the addition of three multiplayer maps and a new Zombies experience. 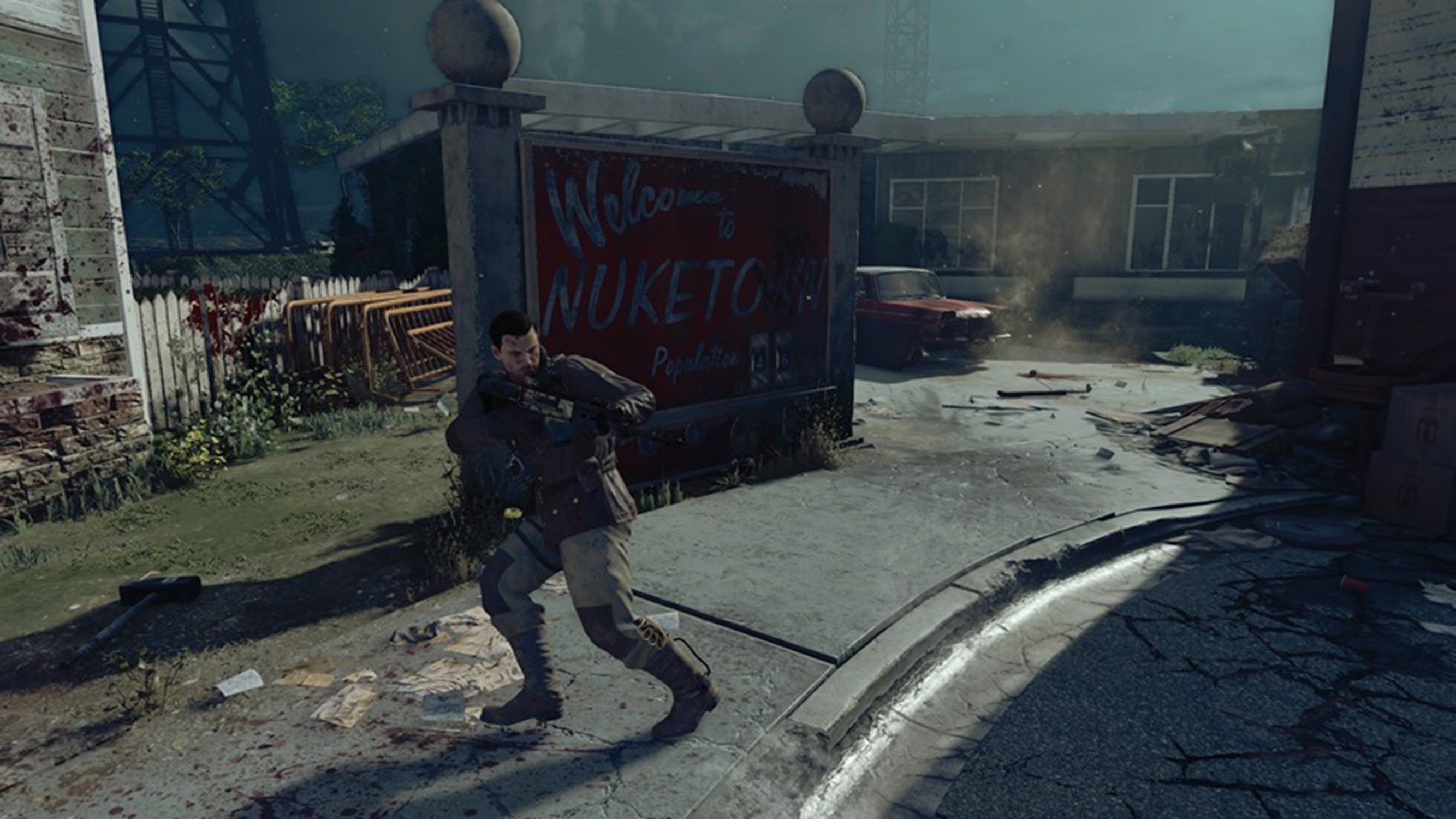 Apocalypse Z reintroduces Reaper, a Specialist from Black Ops 3, who can be unlocked for use in multiplayer and Blackout by reaching the first tier of the new Contraband loot stream. Reaper lays waste to opponents with the Scythe machine gun, and his Specialist equipment is the Radar Shroud, which works like the opposite of Recon’s sensor dart. Instead of pinging enemy locations, this dart will cloak a portion of the enemies’ mini-map.

A popular party mode is back.

A fan favourite of the Black Ops series, the Sticks and Stones mode now makes its Black Ops 4 debut. This classic mode is a timed free-for-all which limits players to the use of the Ballistic Knives, Combat Axe, and Black Ops 4’s newly-added auto crossbow.

Points are earned by getting kills with the crossbow, knives, or melee. Killing enemies with the axe will reset their scores to zero. Sticks and Stones still feels as intense as it did in the classic days of Black Ops 1, and the combat axe will still absolutely ruin someone’s day.

Blackout gets even more zombified.

The bright blue skies from “Days of Summer” are gone, as the standard Blackout map rolls into the “Haunting Fog” event, which changes the ambiance by bringing in a layer of fog and turning all the water blood-red. The new look definitely gives you that eerie apocalyptic feel.

Quad Fog is pretty much just like standard Blackout but with thicker fog, which might be suitable for those looking for a slower-paced, tactical experience.

Alcatraz Horde brings back Black Ops 4’s fast-paced prison map, but now Alcatraz has a nighttime setting with more of a zombie threat than ever before. Instead of being limited to specific areas of the map, the undead can randomly spawn anywhere. Alcatraz Horde also adds in other Zombies enemy types and superpowered “wonder weapons” to really capture the Zombies vibe.

The biggest flaw of Alcatraz Horde is the opacity of the storm collapse. It’s almost like looking into a two-way mirror: Players struggling to get out of the storm have better visibility than those who have managed to safely evade the storm’s collapse. It’s a shiny blue reflection from the view inside the circle, which makes it hard to see the enemies coming at you.

I know zombies aren’t everyone’s cup of tea, but I’ve encountered very few times where the zombies completely overwhelmed me, so the extra hordes shouldn’t stop fans of Alcatraz from enjoying the mode during the ongoing apocalypse.

The controversial “Blackjack Stashes” have disappeared from the limited-time Blackout modes on PlayStation 4. Players are also reporting the stashes are missing from Blackout on Xbox One as well.

These loot lockers were packed with all DLC weapons, but the items were only available to players lucky enough to have unlocked them via loot boxes or the Contraband streams. Hopefully these DLC stashes are gone for good.

Black Ops 1’s WMD map was remastered and released as a Pass exclusive for the Spectre Rising event, and after many complaints that throwback maps should be free for everyone, it seemed for a while that Treyarch might have gotten the message.

Black Ops 2’s Grind arrived during the Days of Summer event as a free map for all players. Unfortunately, we’re back to exclusivity for Havana. I still firmly believe throwback maps should be free for everyone, and that there are other, better ways to reward Black Ops Pass holders. 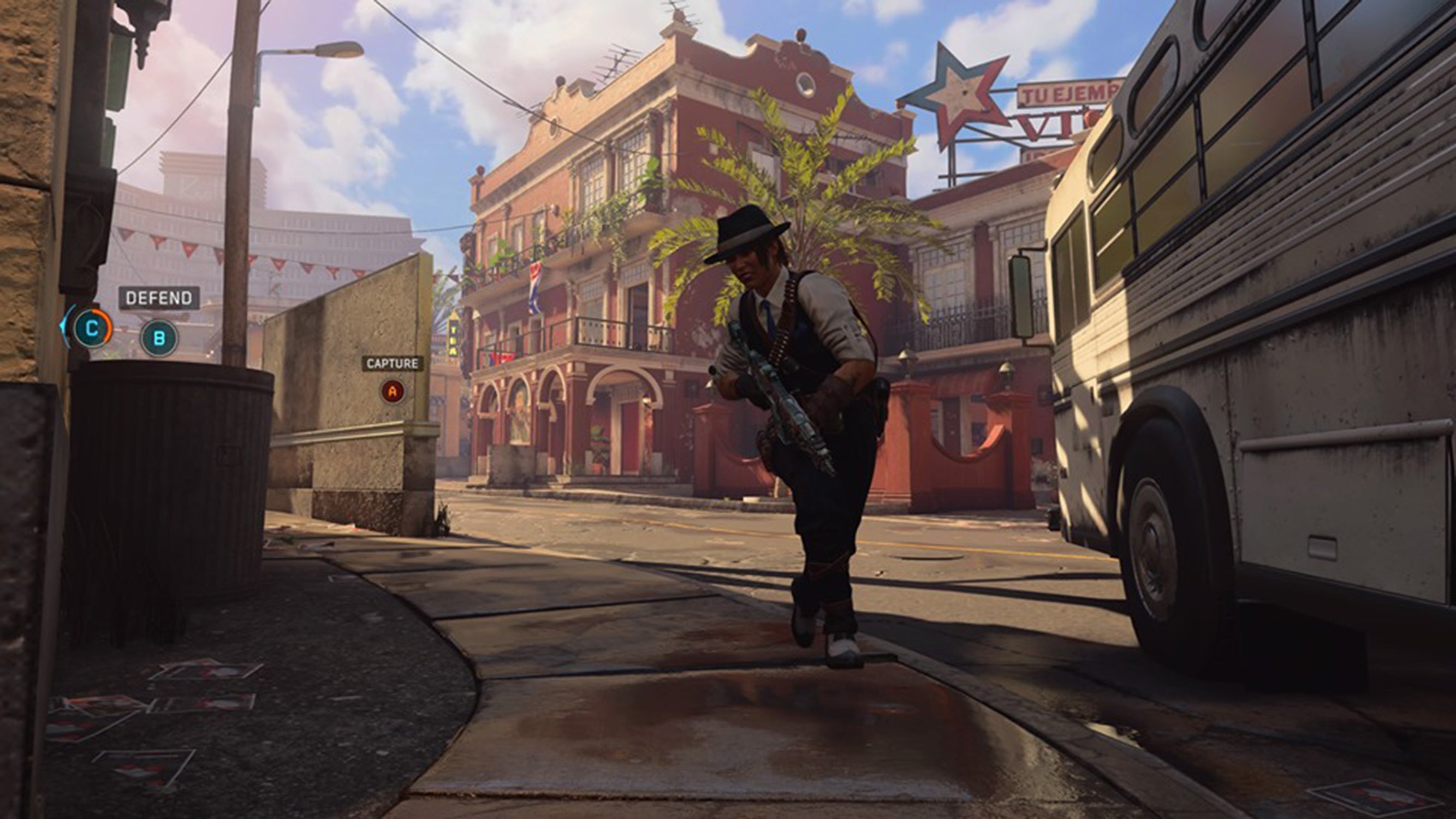 Reaper’s Scythe Specialist weapon is perhaps a little too deadly. The balance is supposed to be that Reaper moves slower while lugging the giant machine gun around, but that speed reduction doesn’t stop the ability from destroying everyone on the battlefield. Reaper is also a ninja in Blackout. The robot’s footsteps are naturally very clunky in multiplayer, but the sound is not currently being heard in Blackout. Hopefully these things can be easily adjusted.

While I really dig the vibe, and it’s clear Treyarch put a lot of Zombies love into these multiplayer maps, the layouts of the new maps can get a little frustrating. Der Schatten is a decently sized map, but most of the gunfights gravitate towards the giant robot. You can navigate through the insides of the robot’s busted torso as well as enter and shoot people from inside the head. Very campy.

Blackout’s Quad Fog is Too Much Fog.

The thick haze in Quad Fog completely masks any threats looming on the horizon, and it really slows down the pace of the matches. Matches tend to get pretty campy when players can see what’s around them. I don’t really see this being a popular mode.

Luckily, no one is limited to playing this super foggy version of Blackout. The fog in standard solo, duo, and quads doesn’t hinder as much of your sight. There’s just enough fog to give the map a haunting vibe. 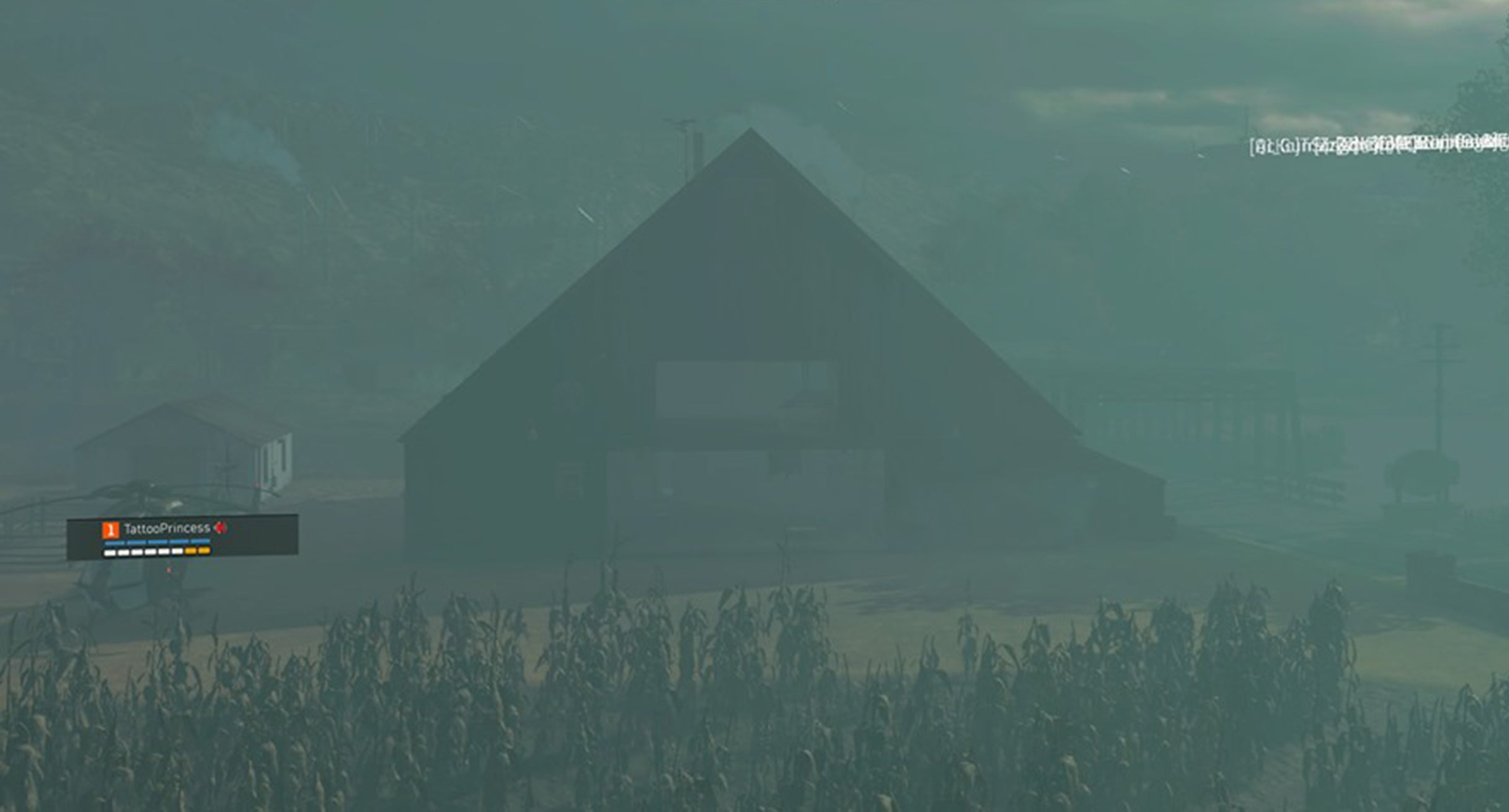 Saving the worst for last, I must also mention Black Ops 4’s continuous loot box hustle. The biggest complaint from Days of Summer’s new loot was that only one gun could be earned simply by playing the game and unlocking the weapon in the Contraband tiers.

The four additional DLC weapons were locked within loot boxes. Now you can’t earn any new DLC weapons within Apocalypse Z’s Contraband tiers. There are only two new weapons: the Reaver C86 auto-crossbow and the Argus, which is the lever-action shotgun from Black Ops 3.

Reaching the final tier of Apocalypse Z’s Contraband loot grind will award players with an Ultra Weapon Bribe. This is basically a loot box that guarantees one random DLC gun that a player doesn’t already own. If a player has already unlocked all the new weapons, they’ll receive a cosmetic weapon variant.

Many players might not have all the DLC weapons from previous events, so the Bribe might unlock an old DLC gun instead of one from Apocalypse Z. The Ultra Weapon Bribe seems to be Treyarch’s way of making Black Ops 4’s DLC weapon situation seem less scheming, but this is neither satisfying nor a solution.

Looking at the overall content value over the loot box drama, Operation Apocalypse Z still feels like Black Ops 4‘s strongest event yet. We’re getting rewarded with more stickers and Calling Cards than camos or guns, but in terms of maps and modes, this feels like a solid content drop.

As for loot boxes, it looks like Black Ops 4 is dead set on hustling DLC weapons and cosmetics until the player base abandons ship with Modern Warfare’s October release.