I really like Blackout, Black Ops 4‘s answer to Player Unknown’s Battlegrounds and Fortnite. The gameplay is so smooth that I’ve had trouble diving back into PUBG and H1Z1, and it’s a great battle royale option for players who don’t like Fortnite’s cartoon-vibe and building mechanics.

Black Ops 4 received an update on June 26 that made several small adjustments to Blackout: changes to the look of the map, more ways to rank up, adding in the sentry turret from standard multiplayer, and “Humiliations,” which finish off downed enemies in a flashy manner. There was also a major change to the loot stashes found in the limited-time modes.

Blackjack, the character who likes to hustle players in Black Ops 4’s Black Market shop, now has his very own “Blackjack Stashes” on the map. These supply caches are theoretically loaded with all of the DLC weapons from the Black Market loot boxes and the ones earned by ranking up in the Contraband tiers, which is Black Ops 4’s loot-earning equivalent to Fortnite’s Battle Pass. However, there is a catch. Players can only obtain the DLC weapons that they’ve personally unlocked. 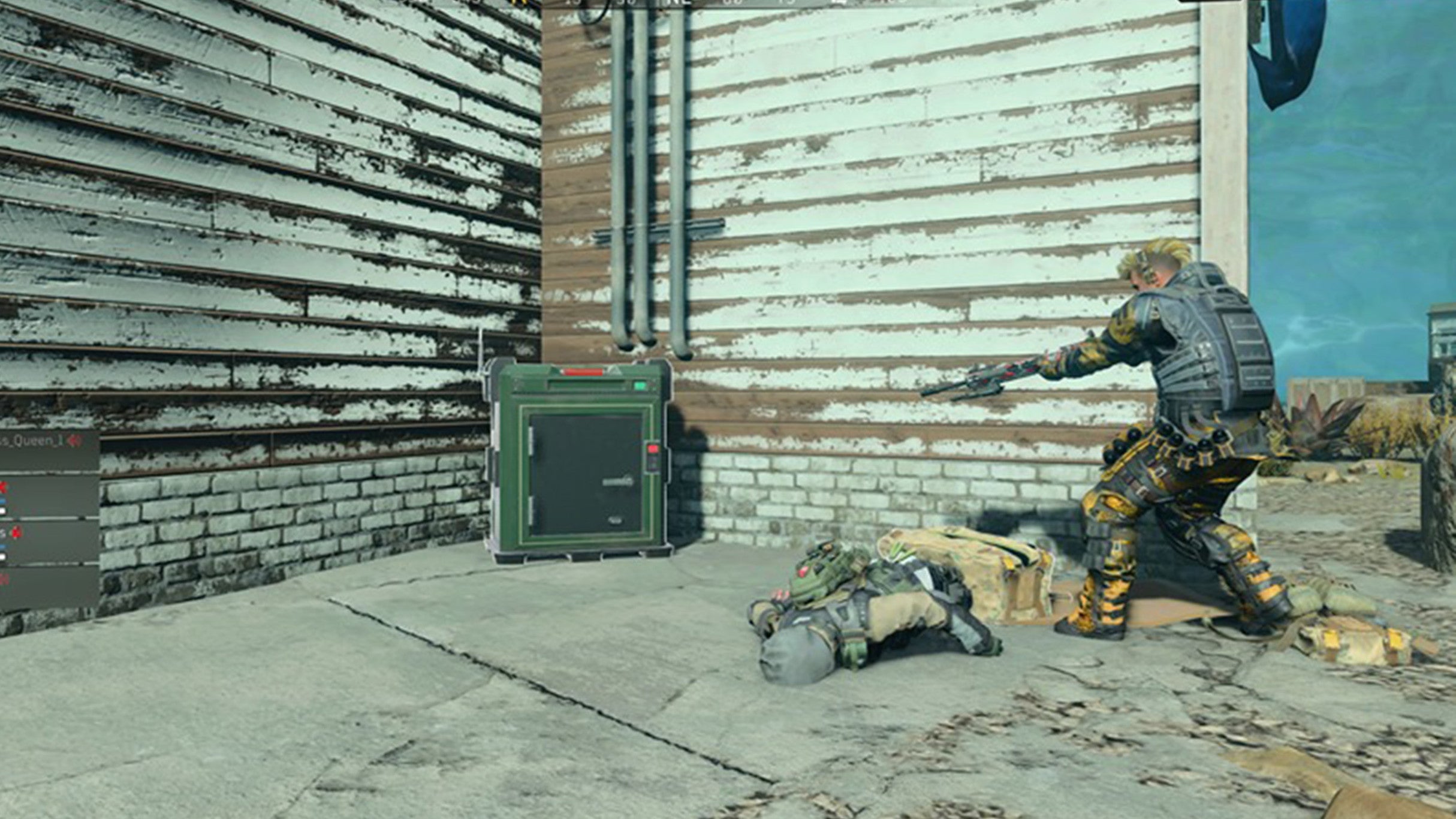 I have zero luck with loot box guns, so I only see the weapons I earned from previous Contraband events. Players who’ve acquired all of the new guns, unlocked either by fantastic luck or draining their bank account in determination, will have a pretty powerful arsenal to choose from.

The Peacekeeper assault rifle, S6 Stingray tactical rifle, and the Locus sniper are currently among the best guns in the game, so players with very little loot-box luck are feeling salty, and rightfully so. The addition of these Blackjack Stashes feels like another attempt to push players to spend money on loot boxes if they want to have a huge advantage in Blackout matches.

Treyarch did put restrictions in place to keep the stashes from being overly abused. Players can only access one of Blackjack’s stashes per game, and the boxes are only found in the limited-time gameplay modes, so standard solo, duos and quads are currently safe from this Black Market loot buffet.

There aren’t any options to keep spending money on other perks to buy a win, so players can’t buy better armour or juggernaut health to further increase their odds of a win. Of course, Alcatraz is a pretty popular limited-time mode, so these beefy DLC gun stashes are still going to affect a good portion of the Blackout player base.

While Blackout isn’t exactly full-on pay-to-win here, this DLC gun scheme still gives a really bad vibe to Call of Duty’s battle royale. One of the things I love about battle royale games is the rush of dropping onto a map empty-handed, knowing I need to make quick use of whatever random guns have spawned at my location.

Having loot stashes packed with all of the DLC options takes that RNG factor out, and that much choice doesn’t sit well with me. Other major battle royale games don’t even operate like this, so it just doesn’t make sense for Blackout to tiptoe towards it. 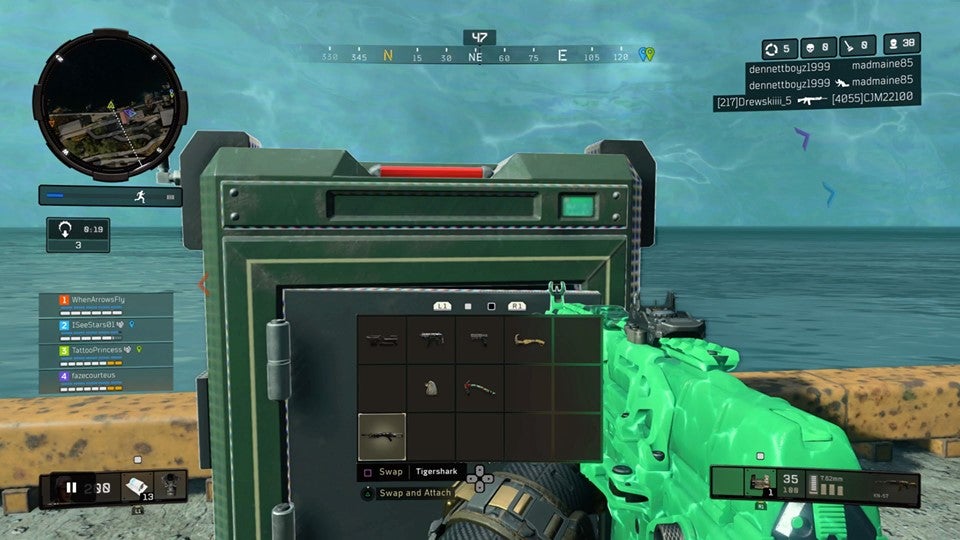 The contents of my personal Blackout Stash. (Screenshot: Activision)

It’s also worth noting that previous DLC weapons like the Swat RFT assault rifle have been integrated normally into Blackout as randomly-spawning items found on the ground or in the normal loot caches. Anyone could use those weapons even if they didn’t unlock them during the Contraband event. The Swat also didn’t release into Blackout as a god-tier gun.

So I hope that the decision to keep the new batch of weapons exclusive to only the players who bought them out of loot boxes will be short-lived, or that at the very least these overpowered guns will get some weapon tuning.

Beastly guns typically don’t disrupt the Call of Duty meta for very long before getting nerfed. If these new guns aren’t balanced soon, and future DLC weapons arrive in this same manner, that’s when Blackout will be fully on the pay-to-win road.

I most recently praised the new Contracts reward system, which was added in to help players grind more loot boxes and XP, but we always seem to take one step forward and two steps back when Black Ops 4 content drops.

In a better world, the Days of Summer DLC would have never been locked behind loot boxes, and the weapons would’ve been integrated into Blackout with proper RNG luck for everyone.