The Solo finals kicked off with a concert by electronic music DJ Marshmello, which drew fans into New York’s Arthur Ashe Stadium hours before the 1pm kickoff. Once the competition got underway, Bugha’s aggressive first game win put him top in the standings. He continued to play strong, going into game 6 with a 15 point lead and 18 eliminations. 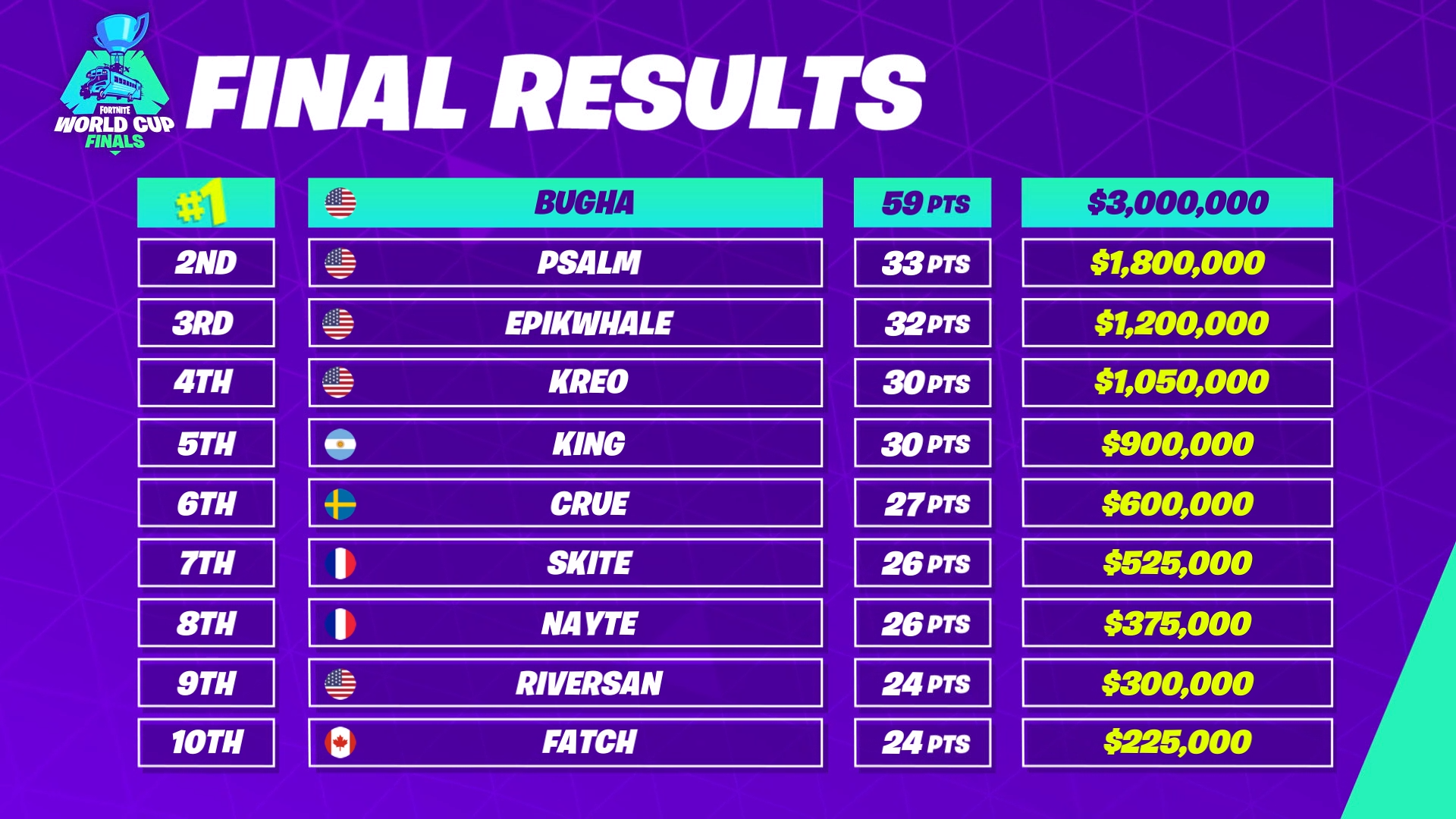