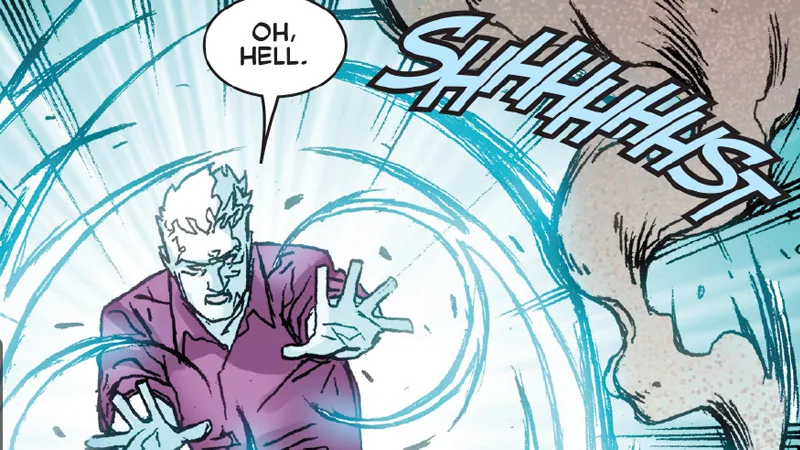 In 2017, writer and artist Sina Grace had a historically significant run on Iceman, a book we covered as it came out, in which the powerful mutant struggled as much with superheroic shenanigans as he did with the lived experience of life as a gay man, work for which he was nominated for a GLAAD award. According to its author, though, the struggles of Bobby Drake were matched by the struggles he faced writing them.

In a post on Tumblr, Sina Grace, writing on yesterday’s anniversary of the Stonewall Riot, a major historical event in the struggle for LGBT+ liberation, details experiences in his work for Marvel that were, according to him, far from affirming.

He details, in his post, what he calls “shady moves,” which he alleges “all aligned with an experience I had in retail where a corrupt manager kept lying and moving the goal posts in order to keep me selling in a department I didn’t want to work in.”

He explains how his attempts to get publicity for Iceman and subsequent moves in it – like the decision to create a new mutant character who was also a drag queen – were allegedly tightly controlled and often shut down by Marvel, leading to a general sense by Grace that his work was not supported or even understood:

You may be asking if my Iceman book was any good, or if I’m just being sour grapes over a bad work experience. Believe me, I asked that, too. From the get-go, my first editor asserted that Iceman would be DOA if it were “too gay,” while also telling me to prepare for a cancellation anyway, given that most solo X-Men titles don’t last beyond a year.

Never mind that my work on Iceman had gotten positive press in the New York Times (in-print), or that in spite of (since-deleted) critical sandbagging, the series nets glowing reviews on Amazon…

Marvel still treated me as someone to be contained, and the book as something to be nervous about. Do you know how hard it is to not argue with a publicist when he’s explaining the value of announcing Iceman’s revival via the Marvel homepage? Sis, that’s a burial. Instead of clapping back, I just went and got myself more press from the New York Times.

From there, they tightened my leash. I had to get all opportunities pre-approved, and all interviews pre-reviewed. This would be fine if it was the standard, but I assure you: none of my straight male colleagues seek permission to go on podcasts promoting their books.

He also alleges, among other things, that, under editor-in-chief Alex Alonso, an additional month was given to his book, an offer that evaporated after Alonso left.

Altogether, Grace describes a climate that’s broadly unsupportive to both freelance talent and LGBT+ talent, unwilling to engage with the needs and interests of queer creators and disinterested in doing the work to make their books successful.

As Grace put it, “It is my belief that if we are telling stories about heroes doing the right thing in the face of adversity, wouldn’t the hopes be to embody those ideals as individuals? Instead of feeling like I worked with some of the most inspiring and brave people in comics, I was surrounded by cowards.”

Sina’s words are well worth reading as we reach the end of Pride Month. It’s troubling information for fans seeking LGBT+ representation from Marvel, suggesting that the company views their interests as a vessel for good publicity and not much else.

We’ve reached out to Marvel for comment, and will update this post if we hear back. If you’re interested in Grace’s work, his Iceman collections are available for purchase and his website can be found here.