This weekend, I attended Blerdcon, a convention in Washington, D.C., aimed at black nerds of all ilks. There were beautiful black people everywhere, and it was absolutely amazing. The cosplay was wildly creative, spanning anime, video games, movies, TV, and even commercials. I saw the character Jaws from the Burger King Kids Club ads, as well as my childhood hero, the superhero Blankman. I was thrilled to break out my own cosplay: Nishinoya Yuu from wholesome volleyball anime Haikyuu. Surprisingly, cosplaying as a volleyball player, a sport I play in real life, has actually helped my game.

You couldn’t MAKE me stop watching this movie as a kid #blerdcon #Blerdcon2019 pic.twitter.com/Zt2RHh1qsl

Nishinoya Yuu is a libero, a player whose entire job is to focus on defence: digs, serve receive, that sort of thing. If you follow my game diaries, you’ll know that I play volleyball, so my cosplay was a simple last-minute decision for me.

I ordered Nishinoya’s bright orange uniform and provided my own kneepads and volleyball. Instead of an elbow pad (I think they’re silly; if you’re falling on your elbows in volleyball you’re doing something very wrong), I wore the compression sleeve I sometimes use for my knee. I really brought my own volleyball life into this cosplay, is what I’m saying. 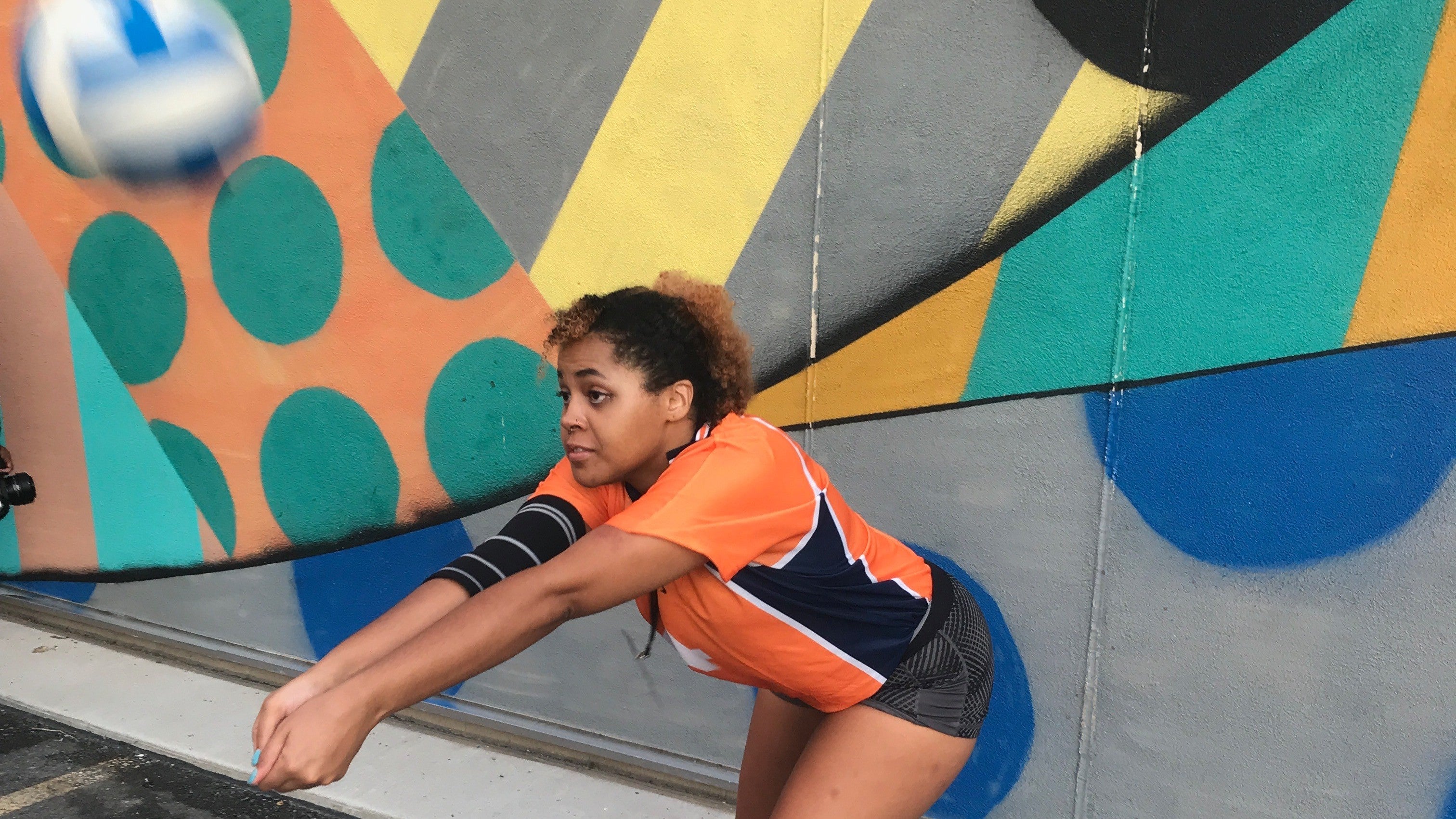 Gender-flipped Noya! Passing right in front of a wall is not ideal, believe it or not.

It was a lot of fun despite the fact that carrying a volleyball all day became a little cumbersome. Eating a chicken slider with mumbo sauce from a food truck while trying to keep a volleyball from rolling into the street is a pretty challenging task, as is carrying prints around and taking pictures with one hand while trying to balance a ball under your foot. That did get me out of picture duty for my friends, though, after I took a blurry picture of them with King T’Challa. 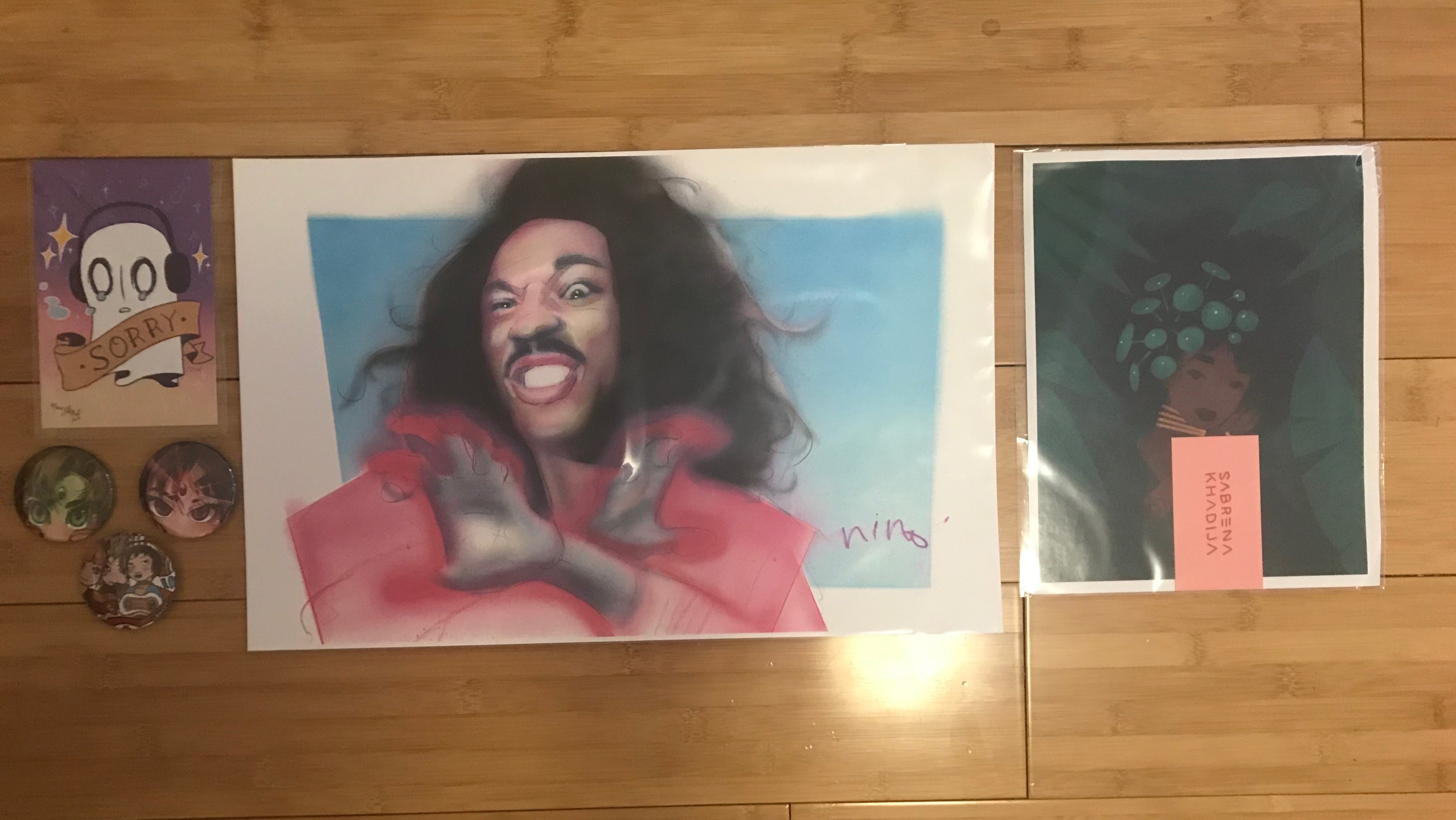 It was kind of funny to see people cosplaying other Haikyuu characters, particularly people who were shorter than me in real life cosplaying characters who are taller in the anime. Nishinoya is a 5’2” second-year high school student — since I’m 5’8”, I like to think cosplaying as a short king expanded my range and empathy as a person.

I also gender-flipped the cosplay mid-con and added spandex and knee socks, which was fun. I’d done more elaborate cosplay in the past, but never at a con, so it was nice to feel the attention and enjoy a convention surging with fellow cosplayers. I had a few people stop me for pictures, and a couple even got me in action poses.

My volleyball passing form had gotten a little bit lazy, so cosplaying Nishinoya was a little bit of a personal challenge. Part of why I enjoy Haikyuu so much is that there’s a fair amount of accuracy to the volleyball, and Nishinoya’s form when passing is often excellent by real-life standards: shoulders square, extremely low to the ground, arms straight from the shoulder through the wrists.

Having my non-volleyball-playing friends toss me the ball while I took action shots took more concentration from me than I expected, but the challenge was fun. It kind of felt like the drills I used to do when I practiced with the teams I played on.

I played volleyball yesterday, and after practicing Nishinoya’s “rolling thunder” for the cosplay (a volleyball barrel roll that is actually used in real life, though more in women’s play these days), I found myself less scared to do it during actual gameplay. I also found myself more focused on my passing form, which led me to concentrate and pass much better than I had in a long time. Maybe I’ll cosplay a rich CEO next and will that into existence. 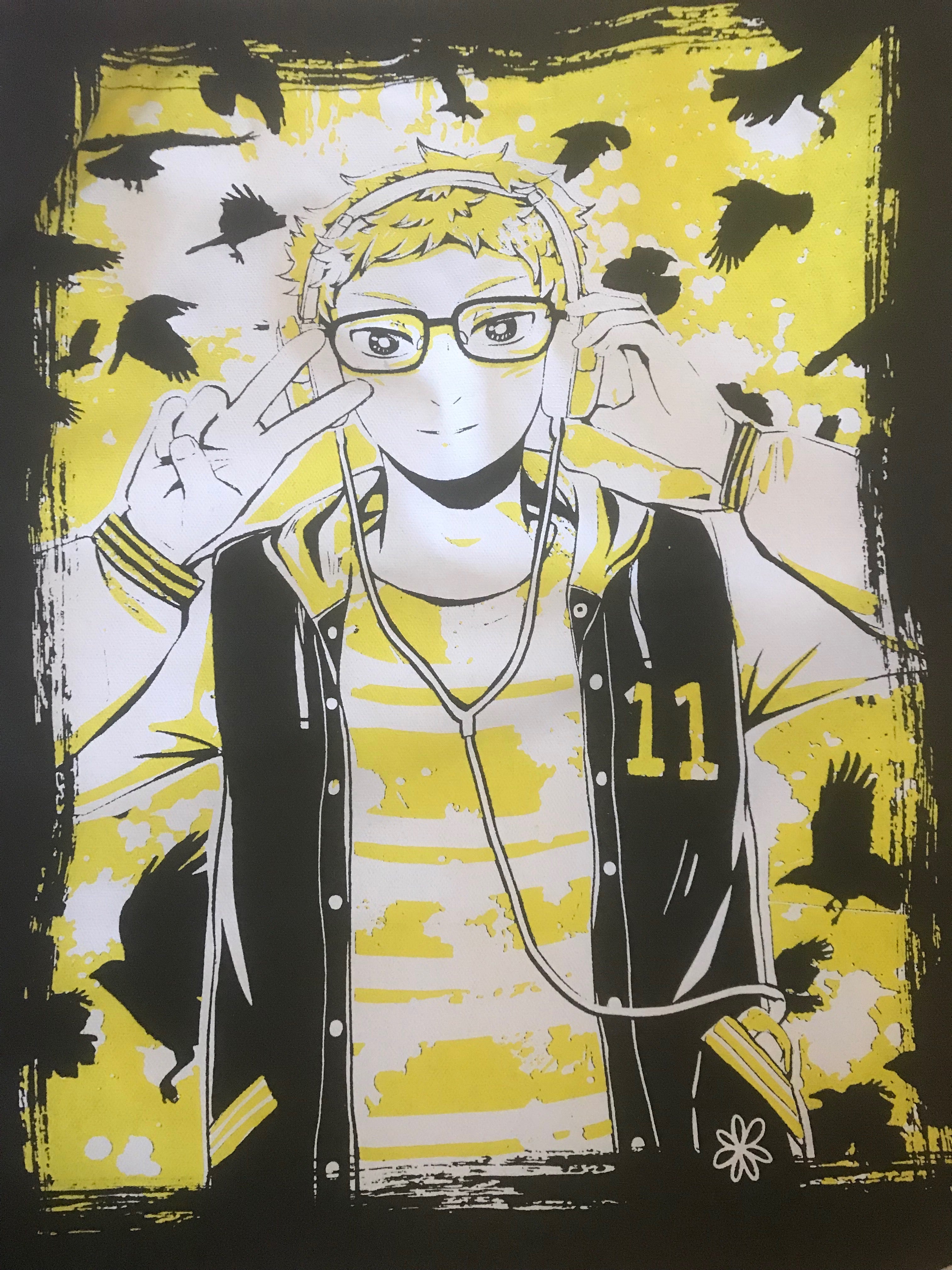 Or maybe I’ll cosplay as my real favourite and get my blocking back together.