Every week this summer, Days Gone developer Bend Studios has rolled out a new challenge for its single-player zombie survival game. The latest challenge, added over the weekend, tests how well you can drive your motorcycle. As a single update, it’s not much. As the third of 12 planned free challenges? It’s still a little thin, but also kind of fun.

The first was a horde mode that had players survive against waves of freakers. The second was a variation on the same but with the human marauders. The third, called Drifter’s Run, is a motorcycle obstacle course that you’ve got to race through in four minutes or less in order to pick up eight sterile bandages from ambulances littered around the course. Said ambulances are lit up with orange beams of light so you can’t miss ‘em, like checkpoints in most racing games.

Like previous Days Gone challenge modes, there are a small set of achievements that encourage you to try different things as you race through the course. There’s one for drifting, one for airtime, and a third for hitting ramps. The course is somehow both hard and easy—I sailed through with relatively little trouble my first time, but I could not stop crashing and dying the more I tried to focus on individual achievements.

Those achievements can be accomplished without actually completing the course. My current bronze-medal-earning high score of about 30,000 points was achieved just by drifting and jumping around the course without actually finishing it, racking up multipliers and achievement bonuses just for fulfilling their conditions. Maybe that’s broken, but it also felt fair, because I spent a lot of time dying while trying to score those achievements. 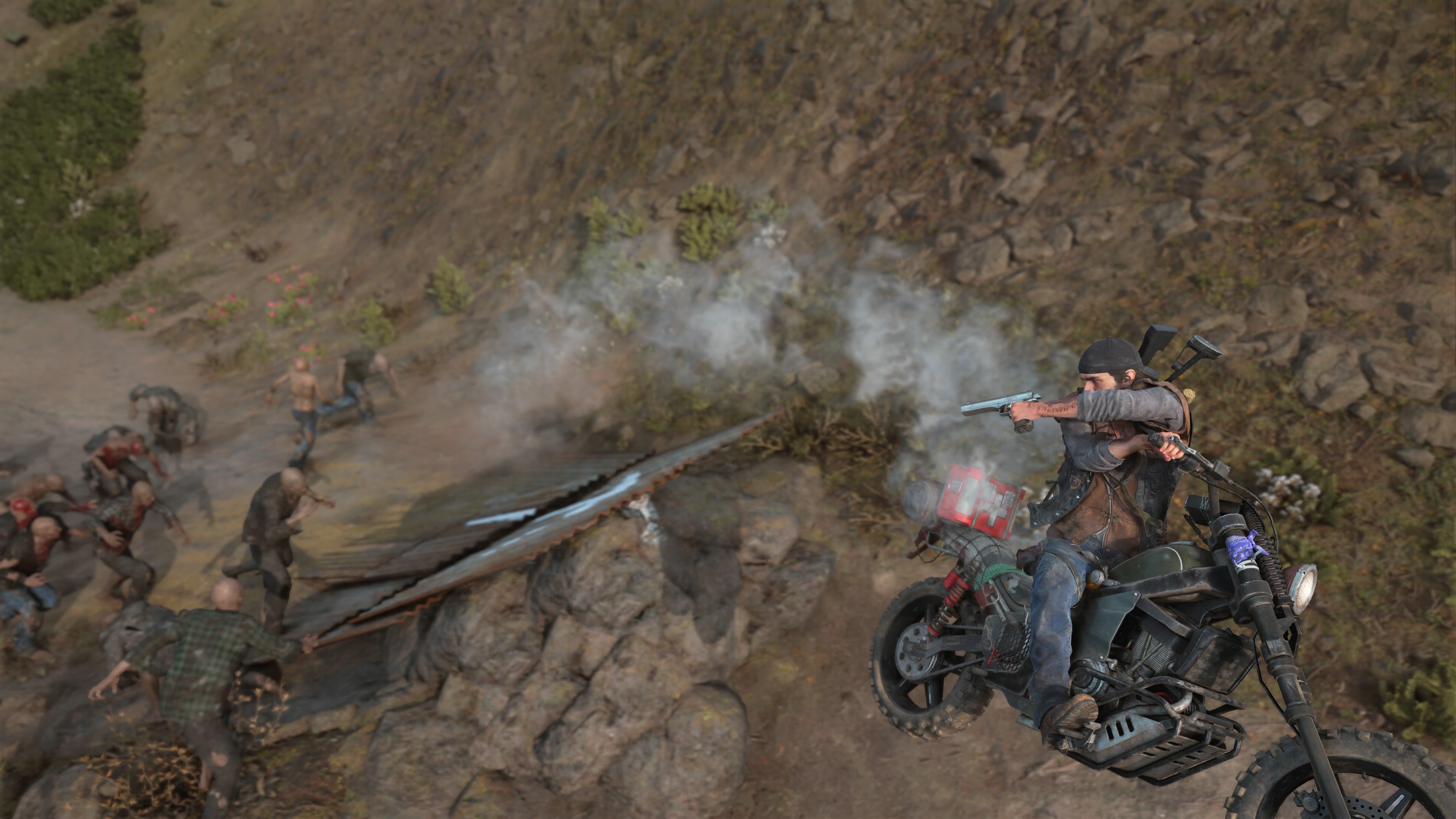 While Drifter’s Run is an isolated challenge, you’re still in the world of Days Gone, so there are loads of freakers roaming about, ready to make your life difficult if you wipe out. You’re also still in Oregon, a place full of trees and mountains that are extremely easy to crash into since you’ll be racing offroad for most of the run. And crashing means bike damage, which means you’ll have to stop and repair your bike—something you can only do once or twice due to the limited amount of scrap you’re given at the start of the race, as well as the time limit.

Drifter’s Run is slight as far as updates go. It’s not deep enough on its own to really justify booting up Days Gone again. But since it’s one of many free updates, maybe wait a few weeks until a few more are added to the game, and try them all at once.

Playing Drifter’s Run reminds me of what bummed me out about Days Gone in the first place. In another open-world game, this would be the sort of thing that would be integrated into several side missions—fun nonsense that just lets you toy around with the world and the tools you have to navigate it. But Days Gone is a grim story of survival that endeavours to remain tonally consistent, perhaps to a fault, since even here, in this nonsensical obstacle course isolated from the main game, there are stakes. You’re delivering bandages to people that need them. Life-and-death stuff!

I don’t know how much is fair to ask of Drifter’s Run, given that it’s a free addition to an already-massive game with several more free additions incoming. In that light, it’s fine. But it’s also a reminder of how much fun you can have in the margins of Days Gone, away from the droll doom and gloom it would much rather focus on.