Are you someone who still battles in video games by using your fingers to directly input commands, like some kind of barbarian? That’s old hat. Today, auto-battlers are all the rage. Simply buy some guys, arrange said guys, and they (the guys) will do the battling for you.

With Dota Underlords, Valve rushed to capitalise on the trend that began with a user-created mod of its own game Dota 2. So far, Underlords’ speedy turnaround seems to have paid off.

Underlords, currently in early access, is heavily based on Dota Auto Chess, a mod in which eight players purchase automated units and try to outdo each other in a mini-tournament of 1v1 duels. It may not sound like much, but it’s easy to learn, and once you’ve let your brain marinate in the intricacies for a bit, it’s addictive as heck.

Steam users are pleased with Valve’s faithfulness to the original mod, as well as the subtle quality-of-life improvements and item changes that streamline some of the mod’s sloppier elements. Some people, however, are wary of hero and synergy changes Valve has made, while others just don’t dig how RNG-based the game (and genre) is. For most, though, Underlords is hitting the spot. 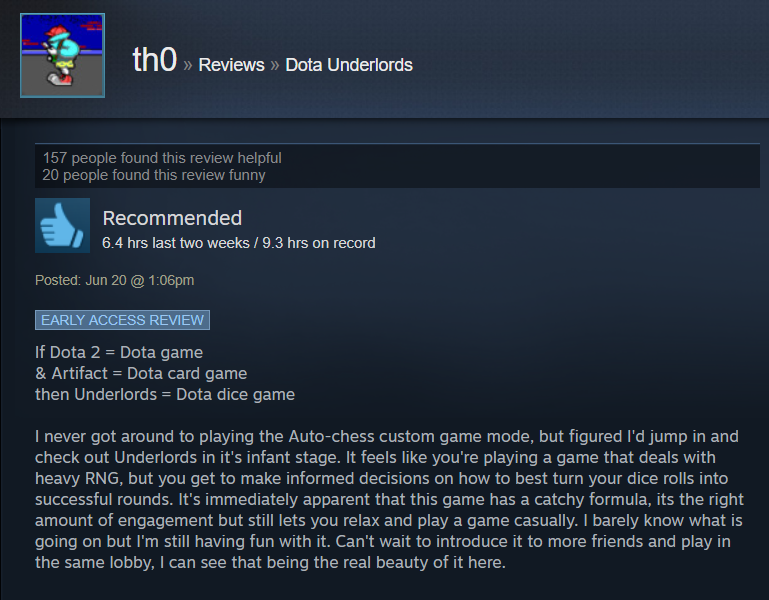 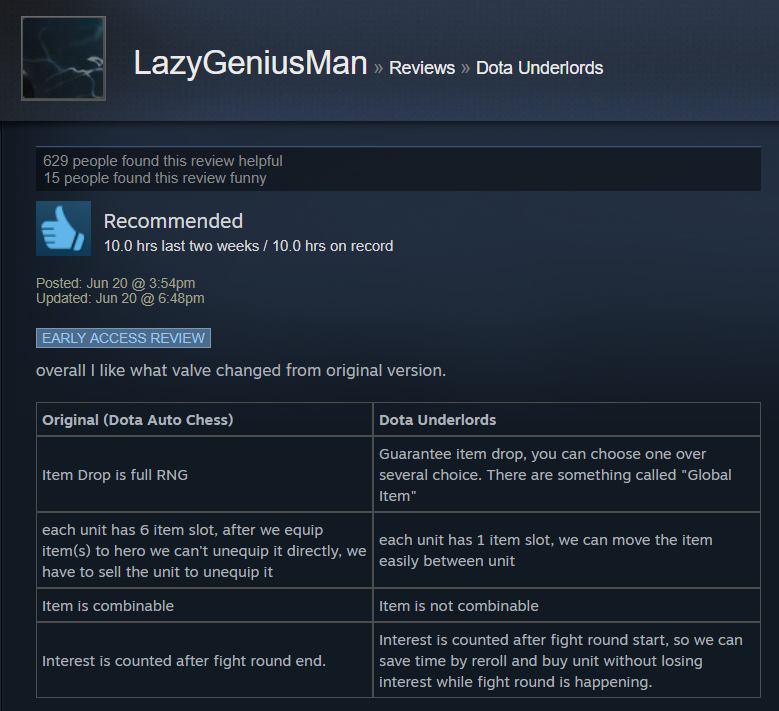 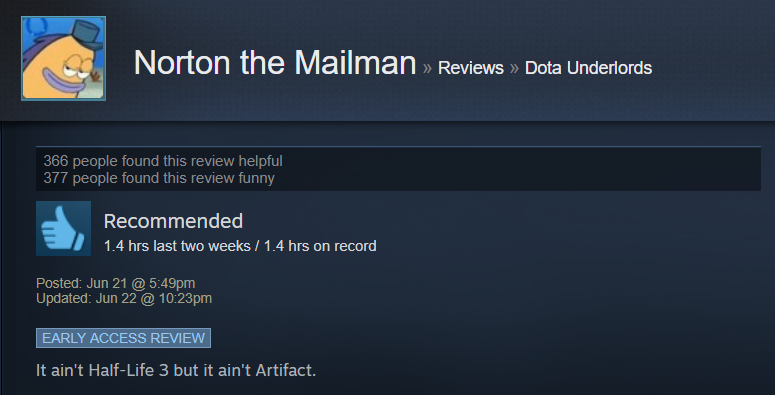 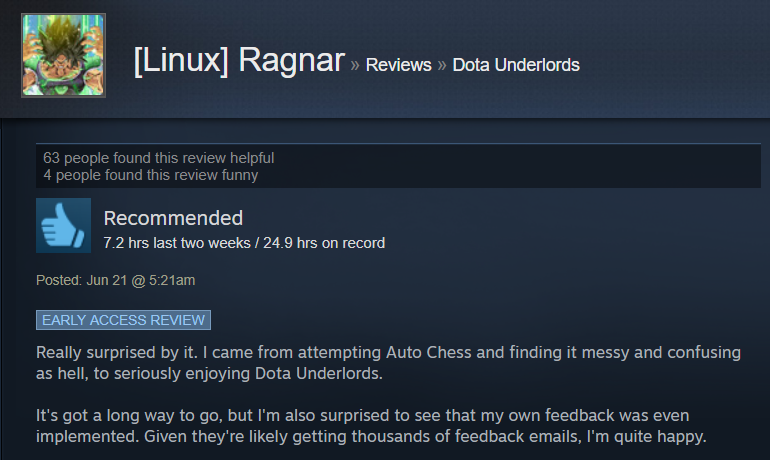 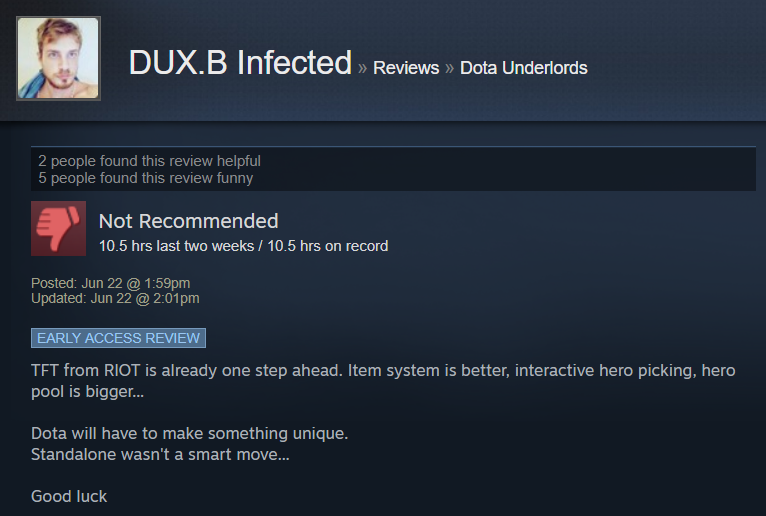 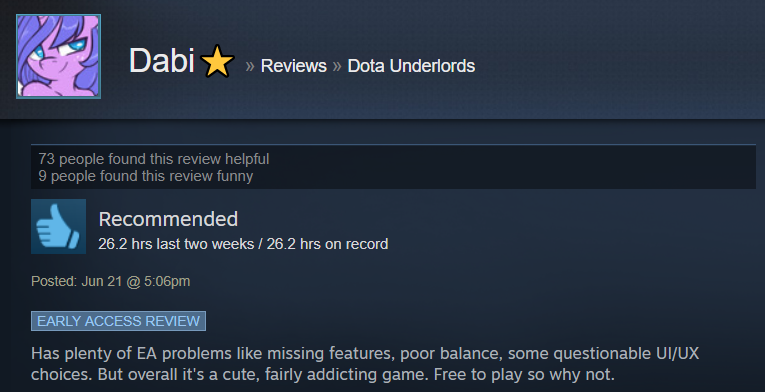 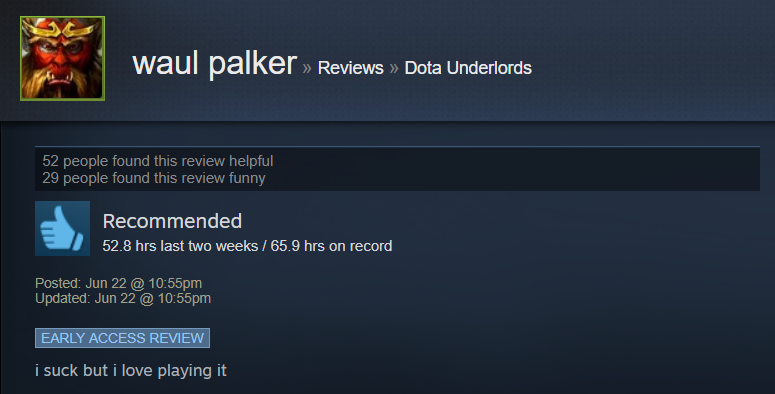 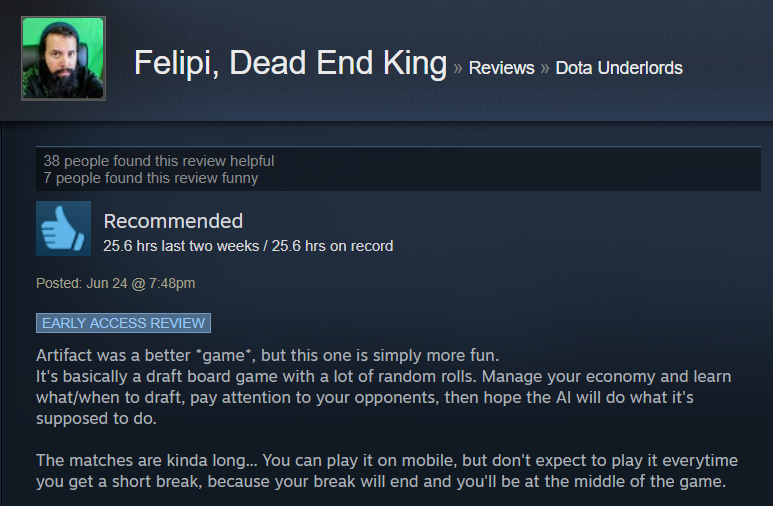 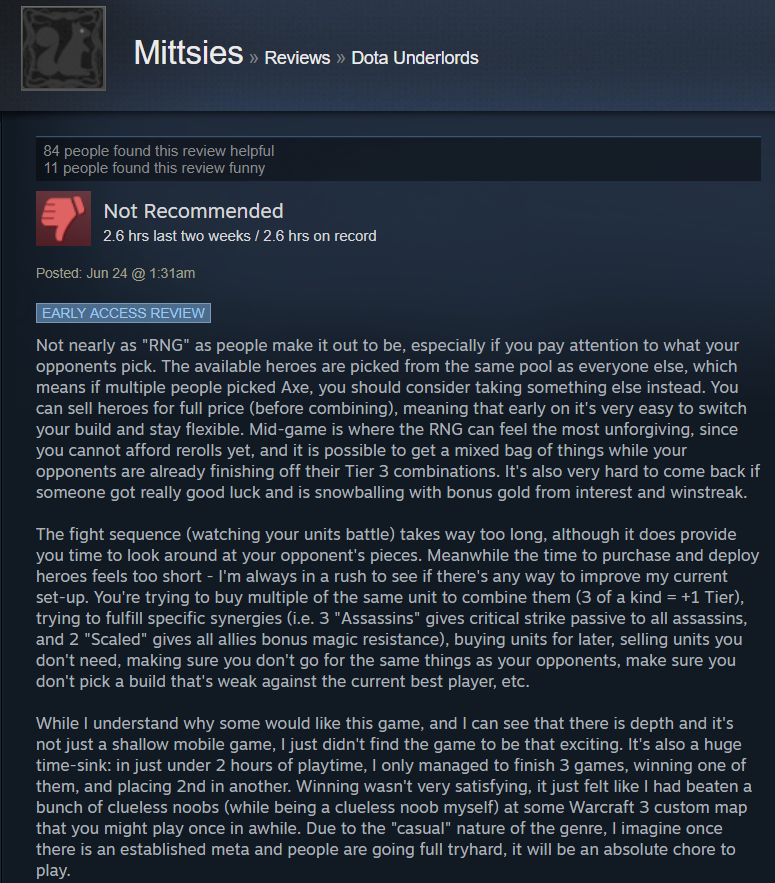 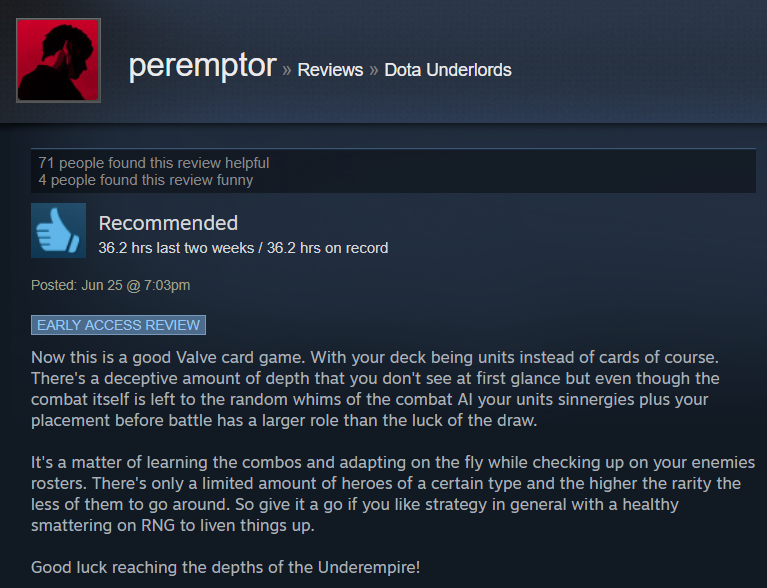 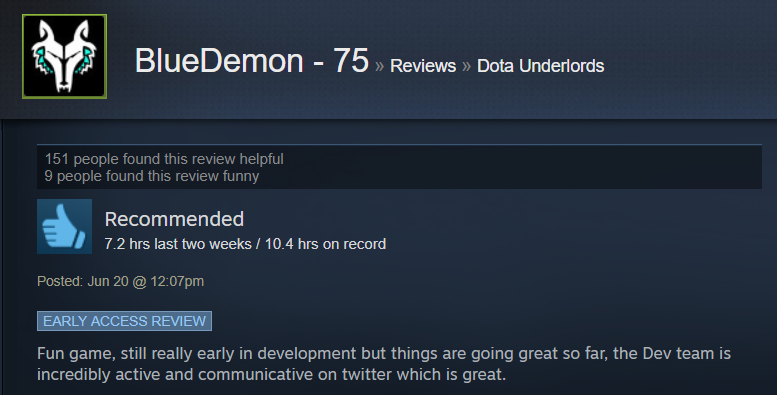 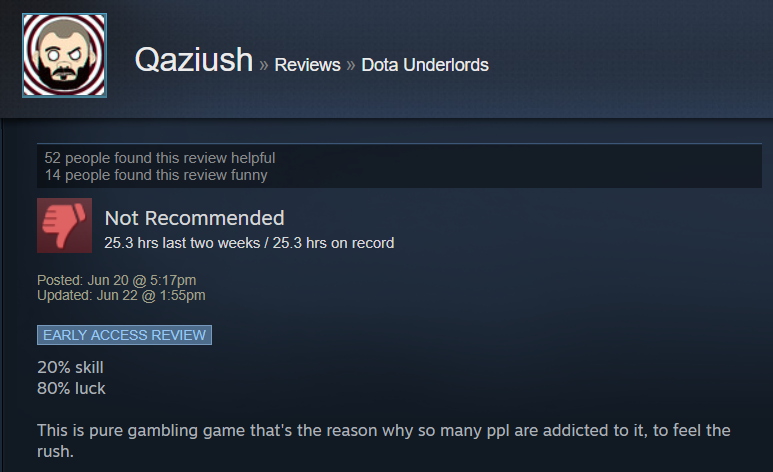 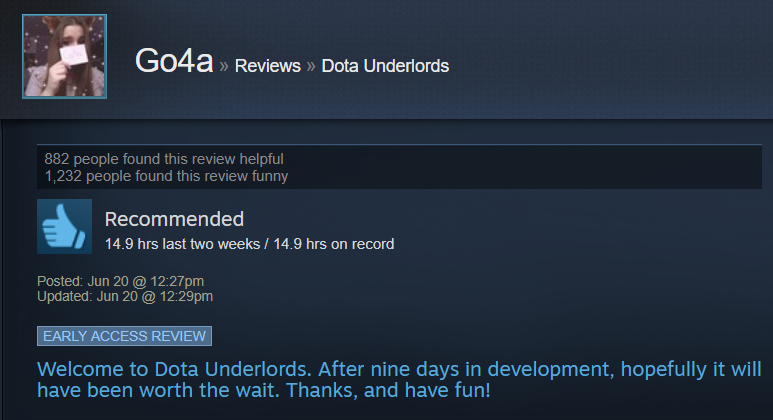 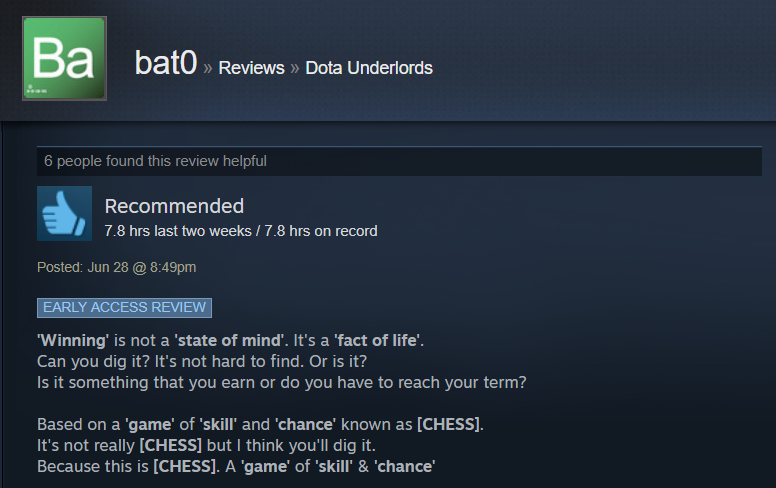