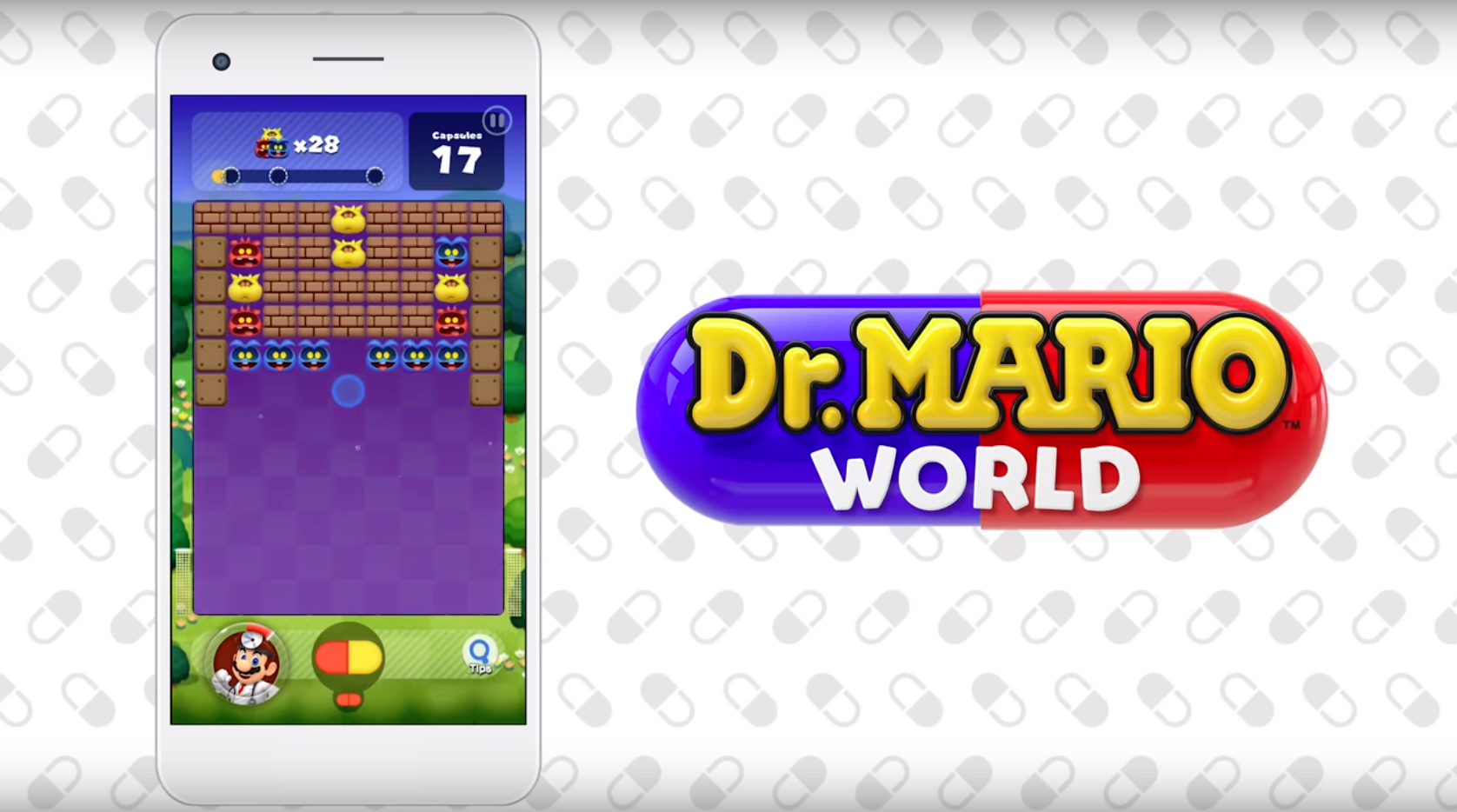 Back in 2015 when Nintendo announced that it would start developing games for smartphones and tablets, I was excited by the prospect of playing Nintendo classics like Mario, Animal Crossing, and others without having to drag a console around (even consoles as portable as the Switch, which at the time, was still two years away). Fast forward to now.

With the release of Dr. Mario World on July 10 (for Android and iOS), the total number of Nintendo mobile titles stands at seven (or six depending on how you’re counting, RIP Miitomo).

A couple weeks ago, I got a chance to check out a preview build of Nintendo’s newly revamped puzzle franchise, and as much as I enjoyed how Nintendo revamped its classic puzzler, I constantly found myself butting up against Dr. Mario’s free-to-play business model.

In the process of translating a game series that originally debuted on the Gameboy into something meant to be played on modern smart devices, Nintendo made some smart choices.

Instead of pills falling down from the top, pills in Dr. Mario World rise up from the bottom of the screen, so as not obscure your vision of the game with your hand or thumb. Pills can also be adjusted mid-fall, simply by touching and dragging pills wherever you want, which opens up new ways to design and solve Dr. Mario’s various virus-filled puzzles.

For more details about the game, check out Kotaku’s hands-on coverage.

Dr. Mario World might not have as many currencies as other free-to-play apps, but the business model is still the same. (Screenshot: Nintendo)

After the first time I failed a stage (forgive me for not keeping my pill-dropping skills super-sharp during the last 29 years), I got hit with a prompt suggesting that using a power-up might make things a bit easier. Only to get a power-up I needed to spend some in-game currency.

It’s become sort of a joke in the mobile gaming scene that you can tell if a game is free-to-play by the number of currencies it has, and Dr. Mario World is no exception. There are three main currencies: gold, diamonds, and hearts.

Gold is earned after beating levels and can be used to buy new Doctors and assistant characters.

Diamonds, aside from the small amount you get as in-game rewards, are generally obtained by spending real money and used to purchase various power-ups that make levels easier to clear, unlocking characters (if you don’t want to spend gold, or more likely, don’t want to spend time earning more).

Finally, there are hearts, which you spend every time you want to play a level. Hearts regenerate slowly over time, so it’s possible to avoid buying more if you’re patient, but if you run out of hearts and want to keep playing, your only choice is to spend diamonds (aka real money) to replenish your stash.

For anyone familiar with games such as Candy Crush, Dots, Piffle, or any of the other countless mobile puzzle titles, Dr. Mario World’s setup isn’t anything new. Which is kind of the problem. At every turn, there’s a microtransaction begging for attention, and while Nintendo says every doctor and assistant can be unlocked for free with gold, all that free-to-playness is still kind of annoying.

Dr. Mario World’s monetisation is basically Nintendo’s admission that asking people to pay a flat price for a mobile game doesn’t really work. Nintendo tried it with Super Mario Run, where you could play the first handful of levels for free, before being asked to pay $14 to unlock the rest of the game. Once you purchase the game, there isn’t any more nickle and diming, just a simple one-time transaction and that’s it.

Unfortunately, it seems Super Mario Run did not meet Nintendo’s sales expectations, even though the app has been downloaded more than 200 million times since its release. N

ow some of that may be due to Super Mario Run’s gameplay, which I admit can feel a bit simplistic at times and doesn’t have the same Mario magic that you get from traditional console releases.

And even though it’s not officially out yet, it seems Mario Kart World Tour is already riddled with tons of microtransactions.

The big problem with all this though is that in a lot of ways, we’re the root of the problem. Free-to-play business models have become the norm for mobile games, and often the thought of having to pay upfront for a new app is enough to make people balk and move on to the next title.

It’s a difficult situation, and it only gets worse when you factor in games that feature microtransactions targeted at whales or other big spenders in order cover for all of the true free-to-play gamer. 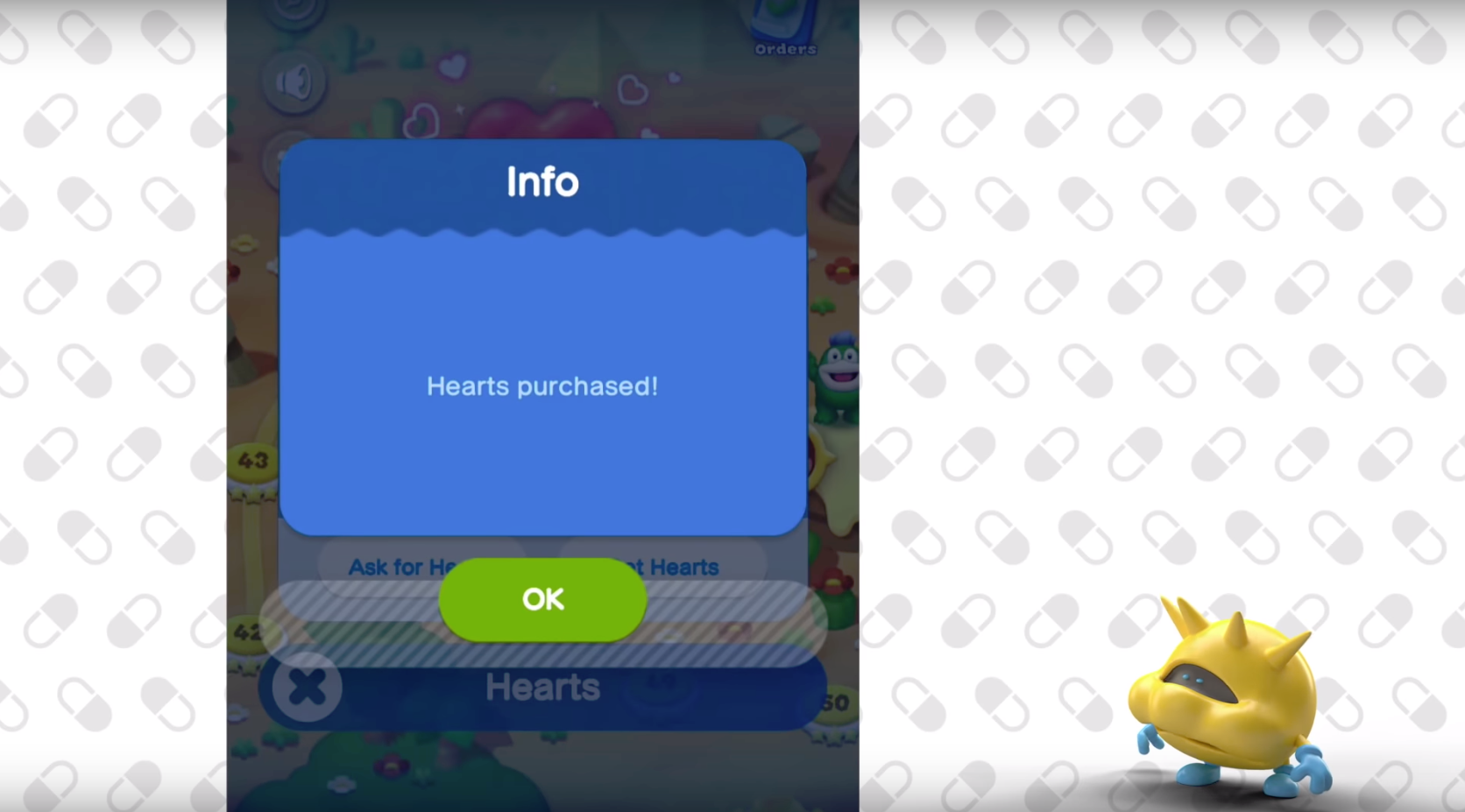 At least it seems Nintendo isn’t entirely unaware of people’s growing disdain for microtransactions, as a report from the Wall Street Journal earlier this year claimed that “the company is concerned it might be criticised for being greedy in smartphone games.” And if you look outside of Nintendo’s offerings, platforms like Apple Arcade could potentially let you avoid the trappings of free-to-play games by giving you access to a Netflix-style library of games (with zero microtransactions) in exchange for a flat monthly subscription.

Also, Dr. Mario World still requires a persistent internet connection, which is a stipulation that competing games like Candy Crush don’t require. That means that a game that might otherwise be a great time waster during a plane flight or subway ride isn’t quite as attractive.

Sadly, for Dr. Mario World it seems that instead of bringing back Super Mario Run’s one-time purchase option, Nintendo is continuing down the free-to-play path.

But I don’t really blame Nintendo, we the consumer are the ones who created this mess, because for every one person willing to pay full price of a game (and maybe shell out more down the line for DLC), there’s a hundred more willing to put up with the hassles of microtransactions so they can play a game for “free.” Even though in the long run, the latter may end up costing them a whole lot more.