At QuakeCon 2019, Bethesda announced some new content coming to Fallout 76 later this year, including a new map for the Nuclear Winter mode and new raids. They also released a new updated roadmap for the rest of the Australian winter.

Nuclear Winter, Fallout 76‘s 52-player battle royale mode, is getting a new map. It is based on the area of Fallout 76 called Morgantown and it will include more verticality and will be set in a more urban environment. The current map is more rural, filled with trees and barren hills. The new map is coming in September alongside some quality of life improvements for the mode.

Coming sooner is a new Vault raid. Set in Vault 94, the new raid will feature three missions that will rotate weekly and will support 4 player groups. Completing these missions will reward players with new armour and social rewards. Bethesda also confirmed they are working on another raid, but didn’t give any specific details on that raid. 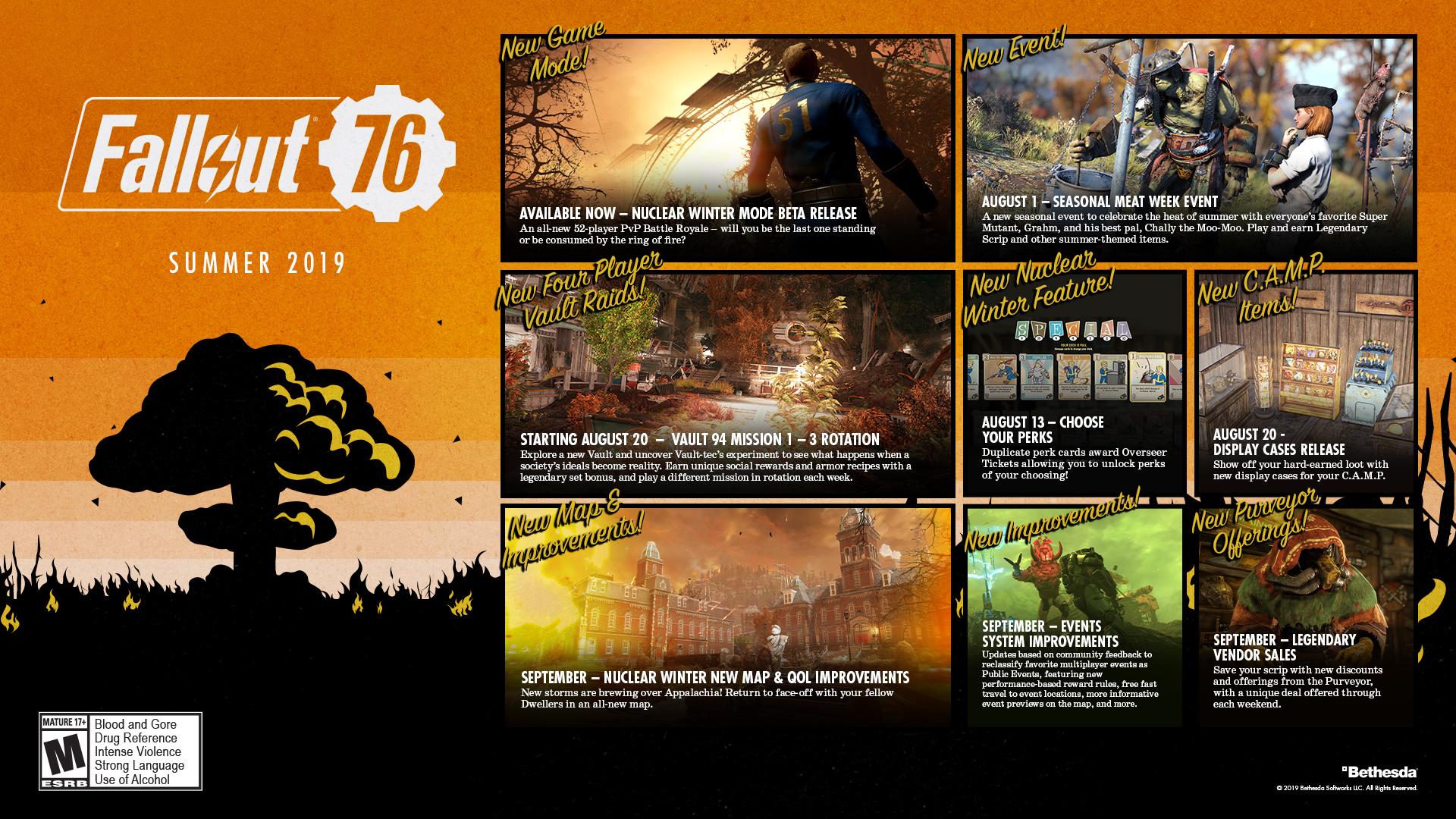 Beyond these two bigger pieces of new, Bethesda shared a bit more information about the upcoming Wastelanders update. This is the update that will add NPCs into Fallout 76. It was confirmed at the Quakecon panel that players will talk to these NPCs using dialogue trees that are, according to Bethesda, more like Fallout 3 than Fallout 4. Bethesda is planning on releasing the Wastelanders update in November this year.

Bethesda also teased private servers coming to the game “sooner than you think.” What does that mean? I have no idea. I didn’t expect them anytime soon, so that really doesn’t mean anything to me. But who knows, maybe next month private servers will be supported in Fallout 76? But probably not.