Resident Evil 3: Nemesis is one of the more difficult Resident Evil games to get a hold of on current consoles. If you wanted to play it today, your only real option — short of tracking down a hard copy of the original game — is dusting off a PlayStation 3 or Vita to download the PlayStation Classic version. Regardless of the format, you’re going to run into the same problem: The game has never been remastered or optimised for modern displays. So some fan modders got to work.

Resident Evil 3 Seamless HD Project is an attempt to make the survival horror classic look better in high definition, and the results, as you can see on this showcase video, are pretty impressive.

Even in a YouTube window you can appreciate the clarity a remaster like this one provides: Sure, everything looks crisper, but you can also clearly read the faded signs and posters on walls and appreciate the work of Capcom’s background artists that much more.

It’s exciting to see this, since Nemesis shook up the Resident Evil formula in one memorable way. The sequel, first released on PlayStation in September 1999, was built around the eponymous Nemesis–a recurring boss that stalked protagonist Jill Valentine during certain portions of the game. Unlike other monsters in Resident Evil games, Nemesis could follow you into other rooms, and this made him absolutely terrifying.

Considering how influential it was—nigh-unbeatable monsters that stalk players are now a horror game staple—it’s bizarre that Nemesis has not been re-released on current consoles, especially since most classic Resident Evil games are readily available.

It’s also not perfect. A FAQ section on the remaster’s download page notes that some things, like the inventory screens, aren’t able to be upscaled using their current process. Algorithms are also prone to leaving lots of rough edges that can take “thousands of man-hours” to clean up by hand, something that’s clearly outside the scope of a free fan project.

While the Resident Evil 3 Seamless HD project is free, it does not make the game any easier to get a hold of. The remaster’s product page indicates that it includes the aforementioned modified Dolphin emulator combined with the new texture packs. Actually running it requires an ISO image file of the Resident Evil 3 Gamecube port, which of course means a user would either need a pirated copy of the game or the software necessary to rip a Gamecube copy they own. 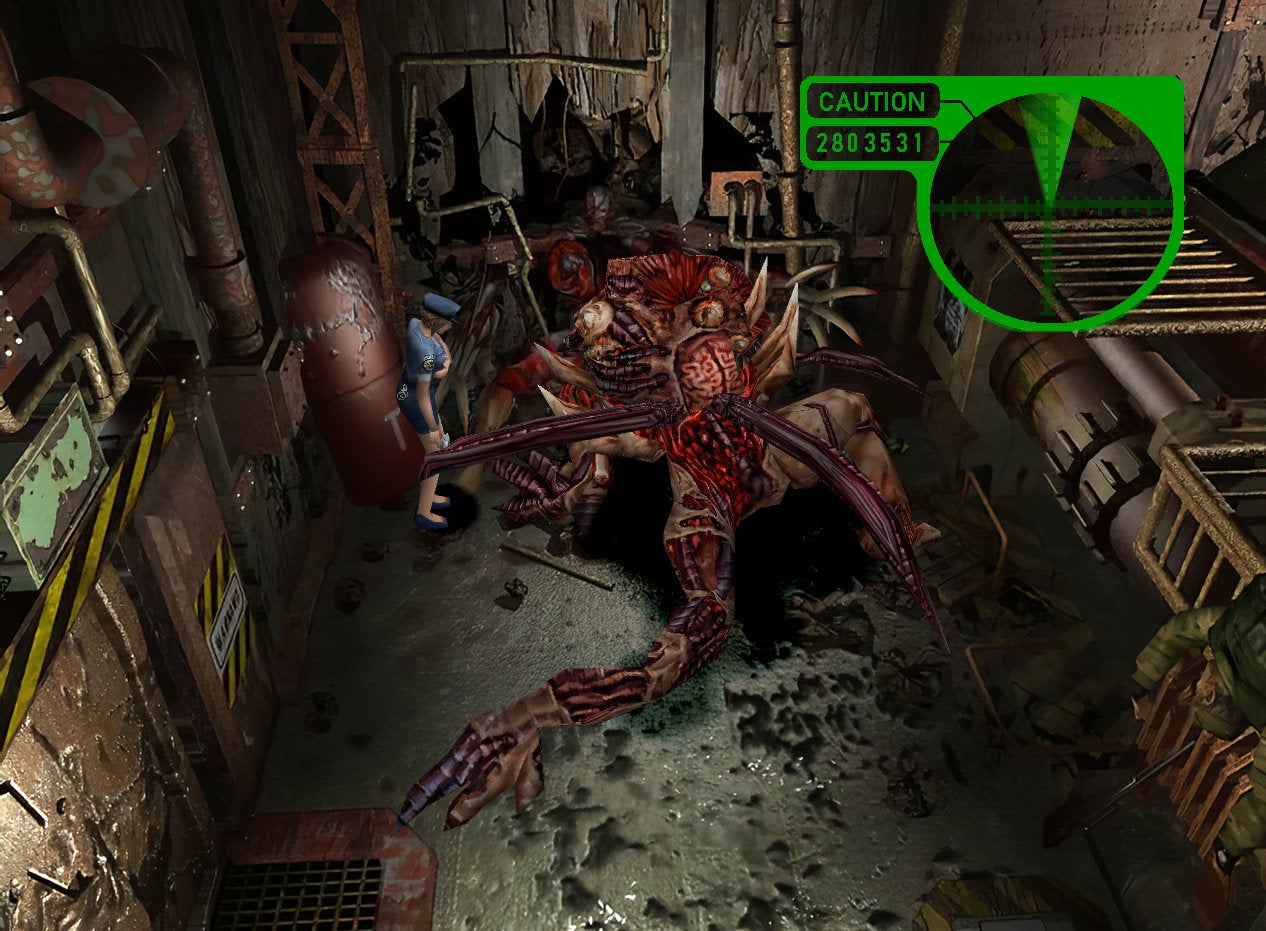 It is a shame that it’s not easier to play Resident Evil 3 given how widely available the series’ most popular entries are.

Perhaps Capcom’s next plan for Resident Evil is a full-on remake of Nemesis akin to this year’s Resident Evil 2. That’d be nice. It would also be nice if we could play the game on current hardware.