When the early access period for Final Fantasy XIV’s Shadowbringers expansion went live on Saturday, I did two things. I unlocked the new Dancer job and switched my character to Viera, the game’s new rabbit-eared race. I regret one of those choices.


After three days of play, I’m finally venturing into Shadowbringers’ colourful new zones, advancing Final Fantasy XIV’s ever-expanding narrative anew. That’s because instead of taking my level 70 Red Mage on the journey to the light-plagued land of The First, I rolled back to level 60, the starting level for the new job classes of Gunbreaker and Dancer.

In doing so, I had to gain 10 more levels in order to venture into the new lands. I finally made it this morning, and based on what I’ve seen so far, the wait was worth it. 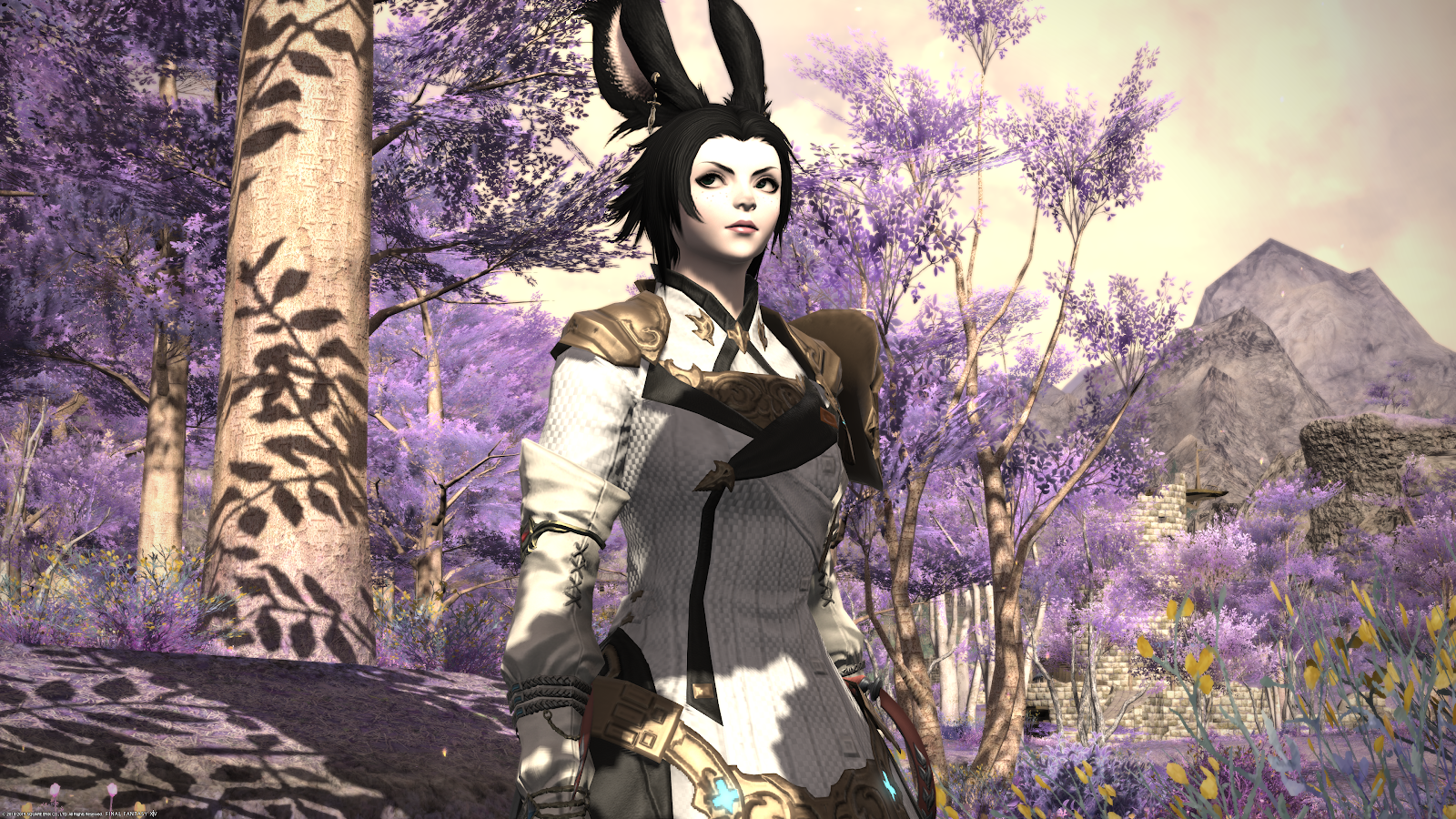 If you’re going to make an alternate world, playing with colour is always a good idea. So purple.

I’d finished most of Final Fantasy XIV’s story a half year prior, so my Red Mage skills were somewhat lacking. By starting at level 60 as a Dancer, I’m fresh off 10 levels of questing and dungeoneering as I start the next leg of my journey.

The extra couple of days gave me the opportunity to dig into the Dancer. Unlike many of Final Fantasy XIV’s job classes, which rely on a set rotation of skills or spells to do the most healing, damage, or tanking, the Dancer is much more reactive.

The job’s most basic ability is generating a damage buff for the Dancer and a chosen partner by hitting a random sequence of dance moves. The player begins with the “Standard Step” skill, is prompted to press buttons representing a couple of dance moves at random, and then hits the “Finishing Step” skill to activate the buff.

The dancing buff lasts 60 seconds, during which the Dancer utilises a set of highly reactive combo skills to attack with their ranged circular blade weapons. There are basic combos for both solo and multiple targets, but almost every skill in each combo can randomly activate a more powerful secondary skill. Instead of button A, then B, then C and repeat, Dancers are button A and then B unless C or D activates, then C or D, followed by E or F depending on how complicated random number generation wants to get. 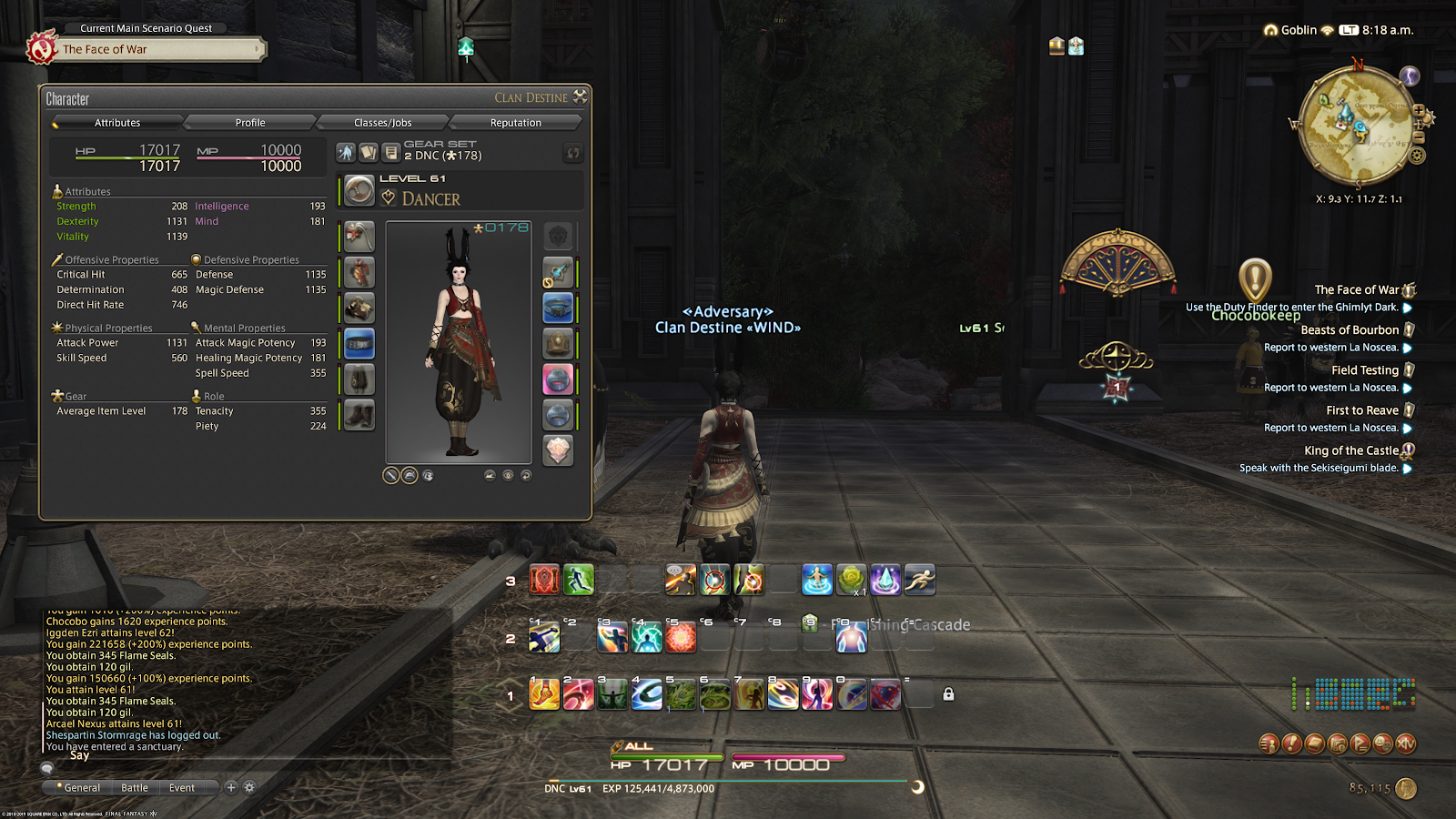 In other words, it’s a dance. And not a set routine. Dancers react to different situations like actual dancers reacting to the music changing on the dance floor. They bob, they weave. It’s a very active job, and I love it.

My party relies on me, the Dancer, to provide a few targeted buffs and do damage to groups of enemies small and large. The Gunbreaker, Shadowbringers’ other new job, is a tank, meant to absorb damage and keep enemies from hitting other players. That amount of responsibility in a video game makes me queasy. I at least completed the initial job quest, and I will say the Gunbreaker outfit is top-notch. 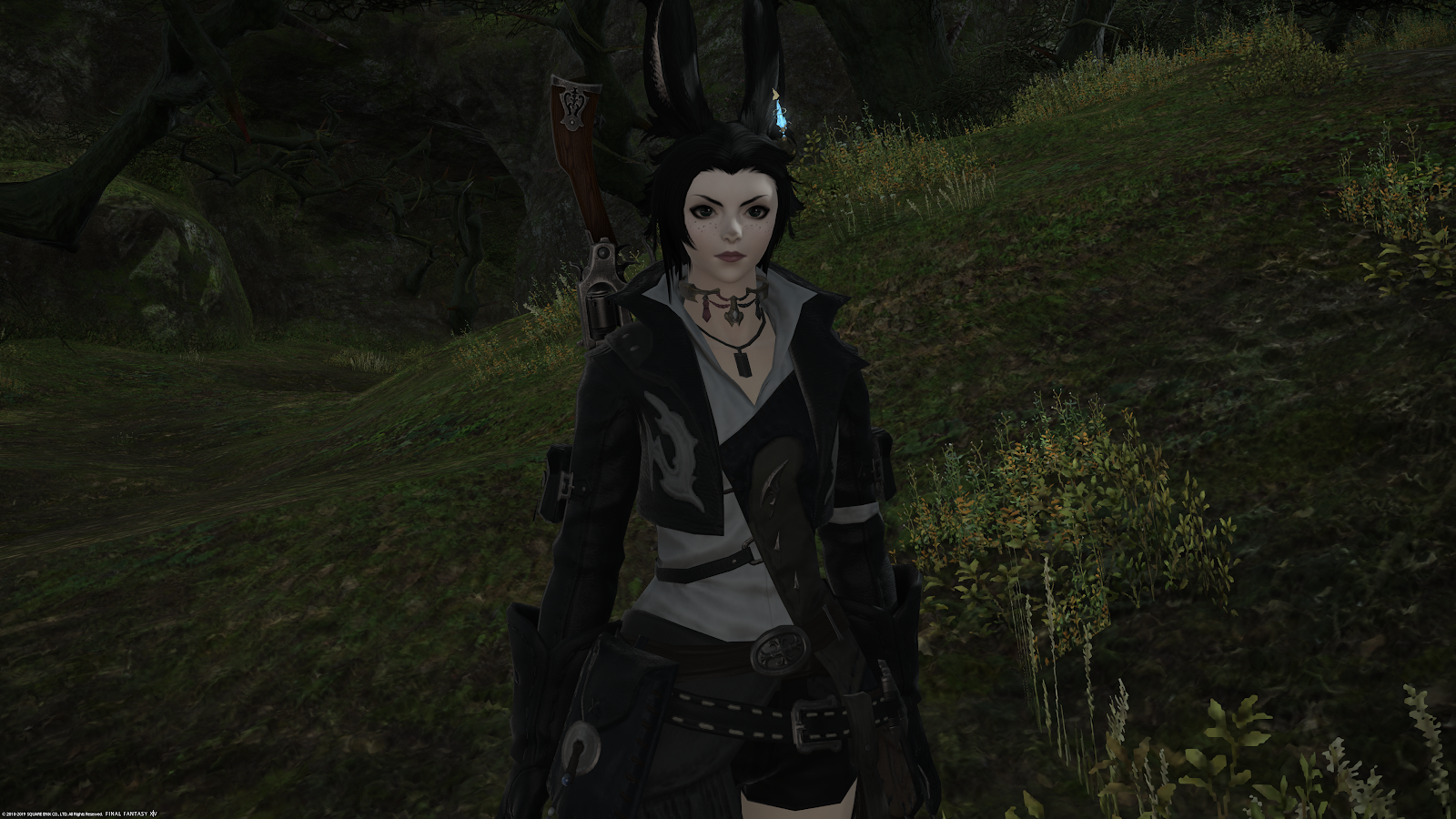 But hey, bunnies make everything look better, right? No, they do not. As a long-time proponent of the Viera as a playable race in Final Fantasy XIV, I am incredibly disappointed by their implementation.

It’s not the gender-locking, though I am disappointed I cannot make a bunny boy to complement the game’s current infestation of scantily-clad lady rabbits.

It’s the lack of customisation options. It’s the fact that almost none of the game’s headwear will show up on a Viera’s head. It’s that I spent hard-earned in-game money on a new hairstyle, and my character cannot even wear it.

According to an interview with game director Naoki Yoshida that appeared on Japanese website Game Watch, the head parts of the Viera and Shadowbringer’s male-only lion race, the Hrothgar, would not work with Final Fantasy XIV’s current equipment system. That means no helms, no glasses, and only a limited selection of hairstyles will work on the new races.

Here’s the hair selection for a human female Highlander. There are 47 different styles to choose from. 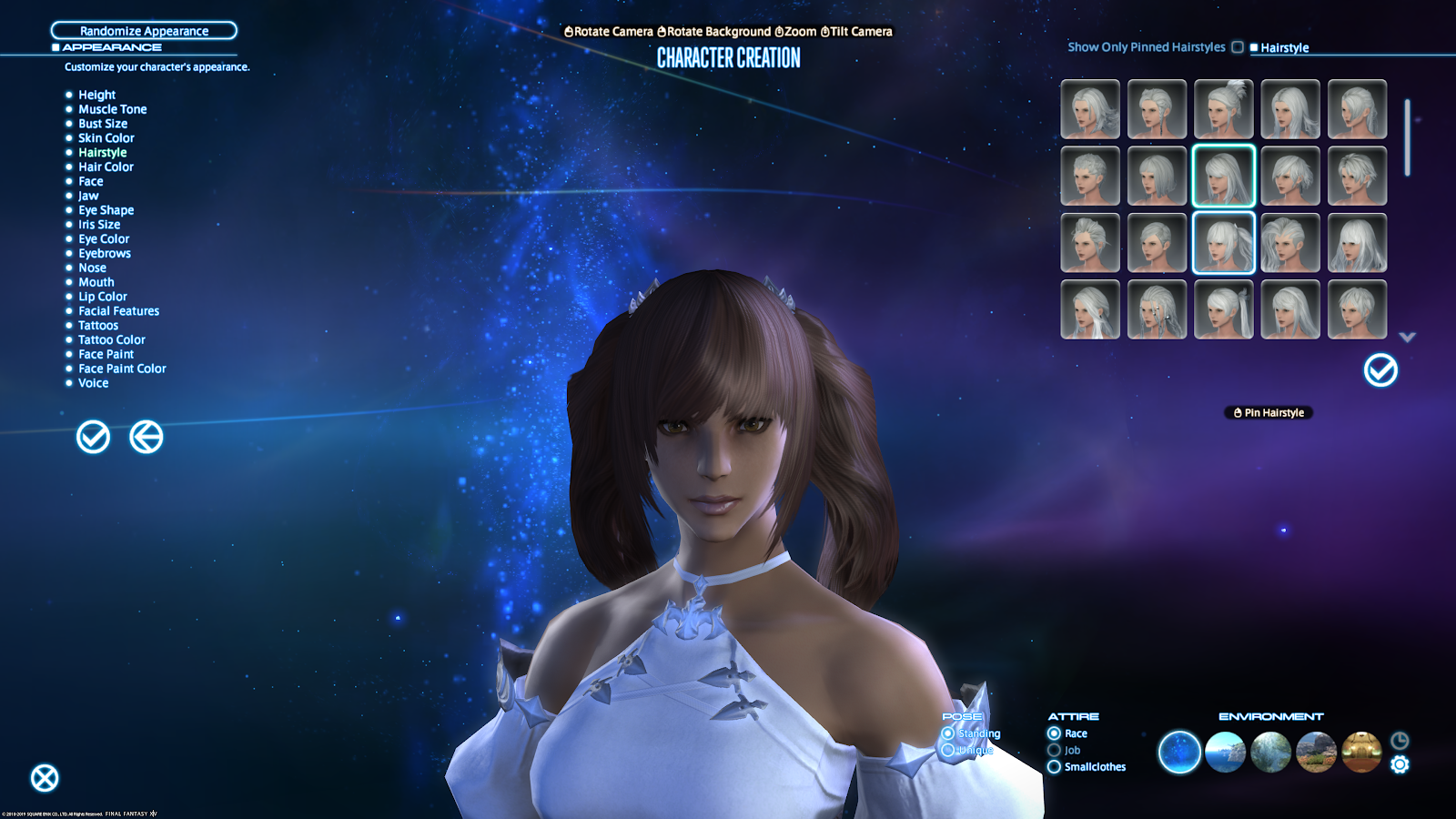 Here is the Viera character creation screen. There are 17 options. 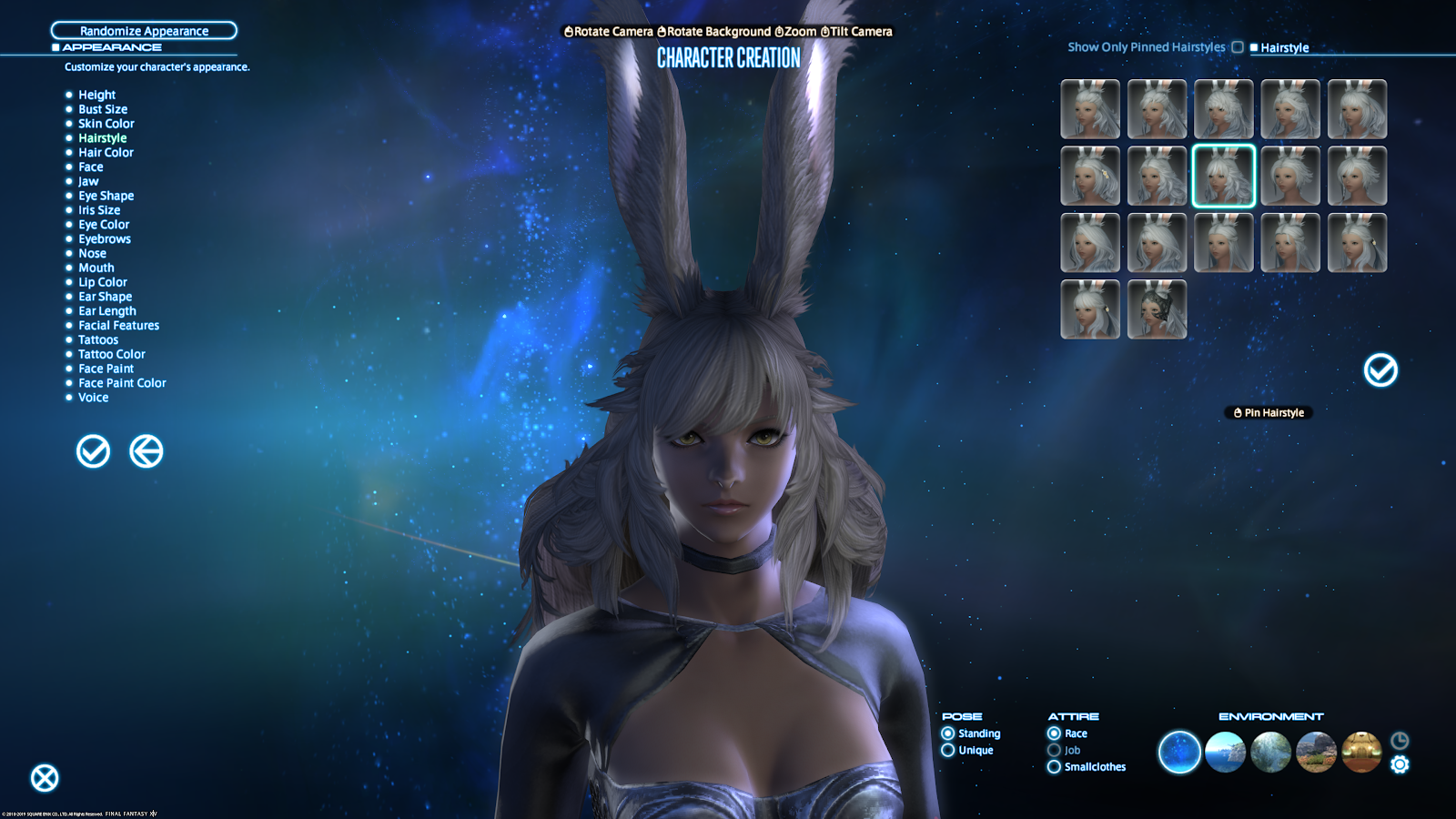 It’s a big disappointment, especially when the main differences between the Viera and human characters is funky noses and rabbit ears. The lack of hats and dearth of hairstyle options make me feel like I don’t have the options I need to make Clan Destine (my character’s name) the bunny I want her to be.

I had to pay $US10 ($14) for a character re-customisation potion in Square Enix’s online store to turn her into a Viera. I am considering spending another $US10 ($14) to turn her back. 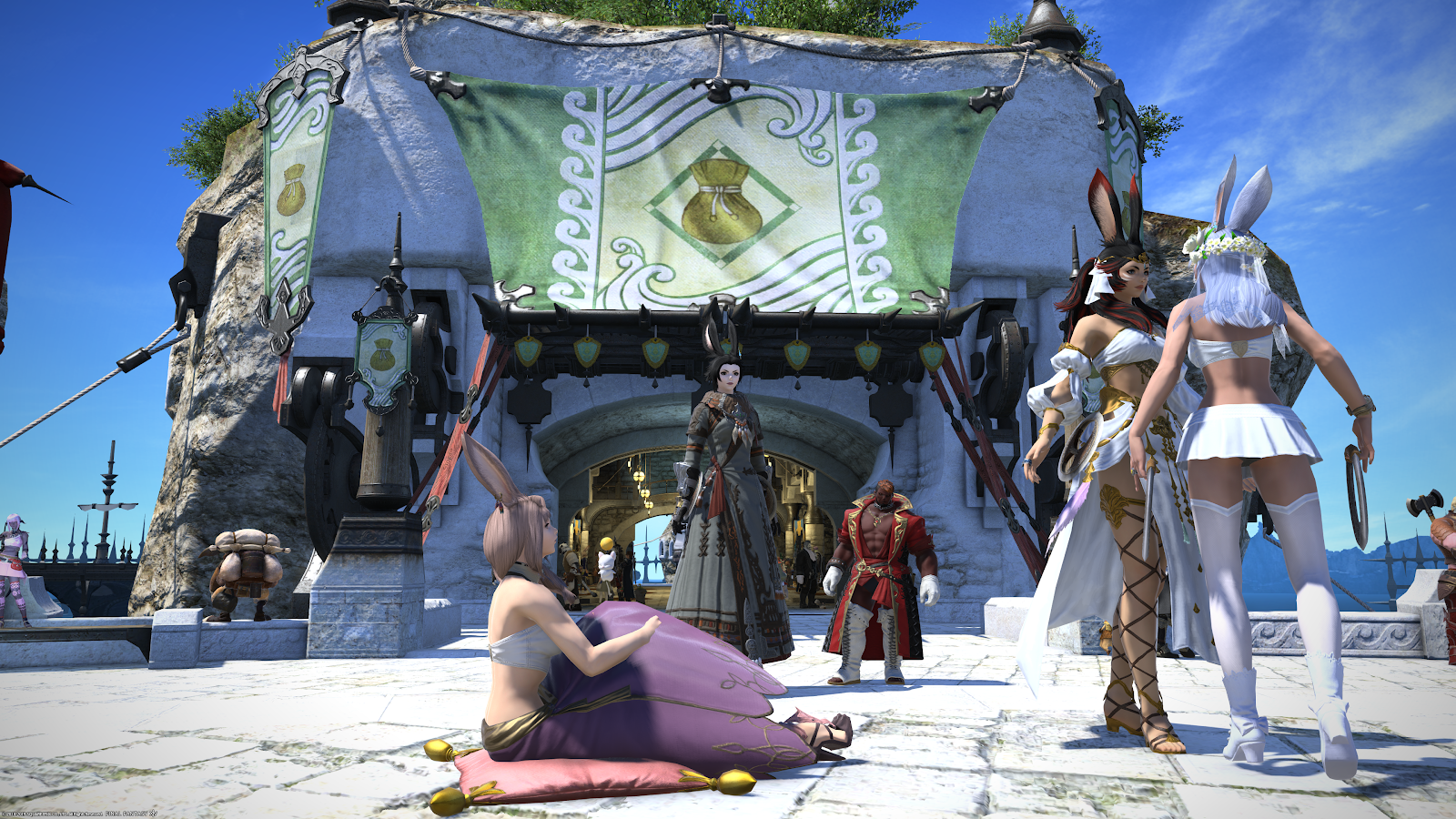 They’re everywhere and they’re multiplying at an alarming rate.

I’ll give the Viera look a few more days. As I said, I’ve just entered the lands of The First, where a flood of light has caused inhabitants to not experience the dark of night in more than 100 years. I’m looking forward to discovering what sort of screwed-up characters live in a world like that.

Now that I know how to dance, my Shadowbringers journey can truly begin.