The point spread at the Fortnite World Cup Solo finals was massive, with winner Bugha scoring 26 points more than second place finisher Psalm. But not everyone can win: Four players came away with zero points, but — at least on Twitter — they were good sports about it.

All of the 100 Solo finals competitors are immensely skilled players, and even those who came in last went home with at least $US50,000 ($72,330). Still, it can’t feel good to be at the bottom, even if it’s the bottom of the top.

“Oof,” Herrions tweeted, following with “Well you live and learn.” An hour later, however, he tweeted a sad emoji. 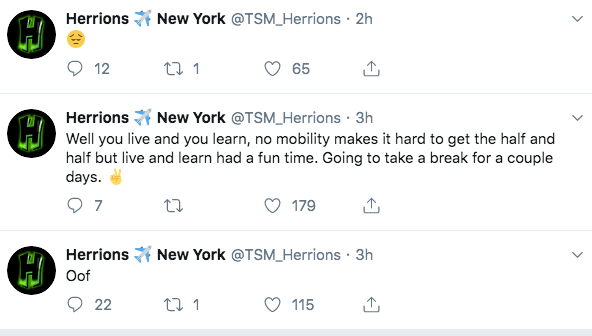 Clipnode, who is from Argentina, tweeted his thoughts in Spanish, which translate to “Sorry I wasn’t prepared, I wasn’t given the mouse I wanted and I played awkwardly. This is my first time playing in front of millions of people who came.”

29 other players came in at under 10 points, including popular player Tfue with seven and yesterday’s duos winner Aqua with one. Aqua tweeted, “At least I killed Tfue.”