It’s almost become a bit of a tradition at this point that Comixology heralds the arrival of another San Diego Comic-Con with the reveal of a new wave of comics coming to its Originals Imprint. This year is no exception, and we can now reveal one of the new titles revealed at the convention today: Afterlift, a five-part ride to hell.

Penned by Spectacular Spider-Man, Sex Criminals, and Daredevil scribe Chip Zdarsky, and featuring art from The Pitiful Human-Lizard’s Jason Loo, as well as Paris Alleyne, Aditya Bidikar, and Allison O’Toole, Afterlift follows a young woman named Janice Chen, who finds herself in an existential malaise while working a dead-end day job in finance.

After quitting and turning to a ride-sharing app to make some money in the meantime, Janice finds herself thrust into a wild adventure when a mysterious passenger recruits her to take them to the ultimate final destination: Hell itself. 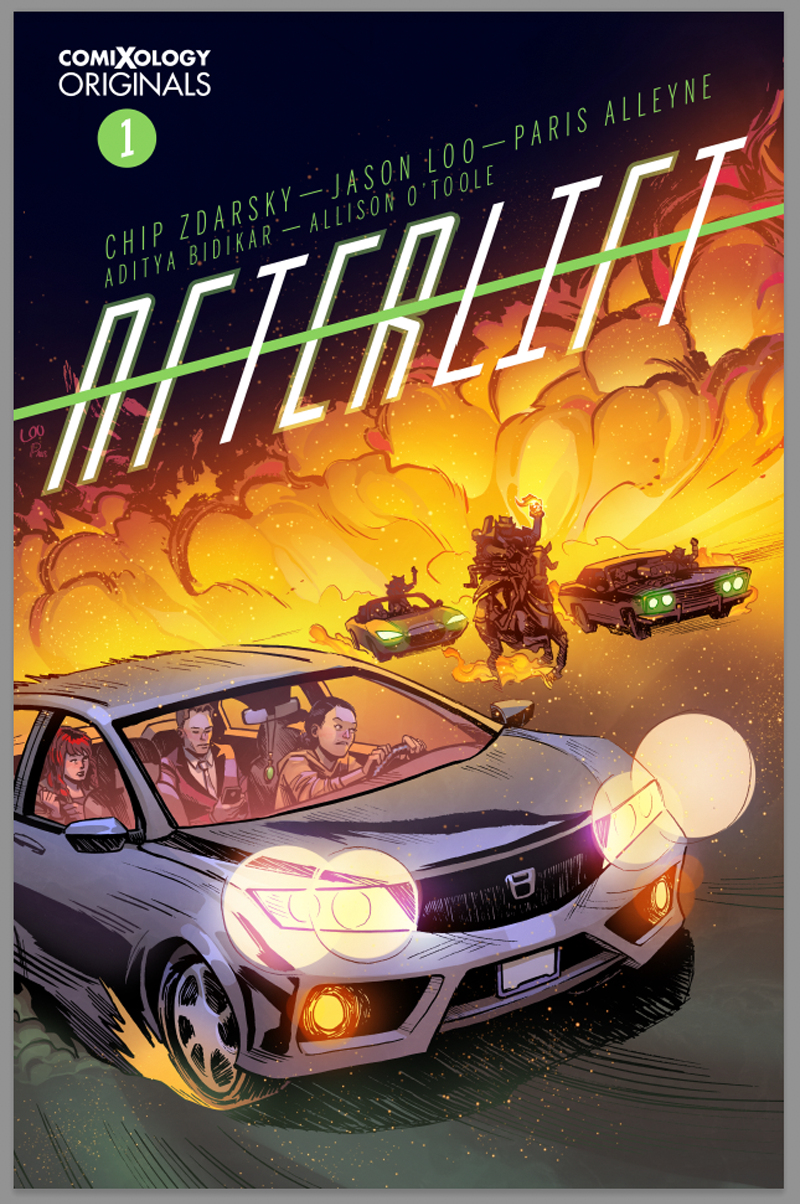 “This is our brave, unrelenting portrait of a modern Hell,” Zdarsky noted in a press release. “People will read it and ask themselves: ‘Did they relent?’ No, they did not. ‘Were they brave?’ Yeah, probably.”

“When Chip Zdarsky asked me if I wanted to be part of his next award-winning comic work, I was like ‘HELL YES!’ and he was like ‘Exactly!’,” Loo added in the same press release. “I didn’t know what to say after that so he showed me the script and pointed out my pun. Anyway, I’m really excited to work on the most ambitious comic of both of our careers. Join us! In Hell.” Fans attending San Diego Comic-Con 2019 will be able to pick up an exclusive Afterlift poster (shown above!) designed by Zdarsky himself at Comixology’s booth at the convention, #2121, with Zdarsky also available to sign at the following times:

Afterlift is set to begin later this year. We’ll bring you more on the other titles joining Comixology’s Originals program as and when we learn them, straight from the convention floor in San Diego!