Marvel Ultimate Alliance 3 has only been out for a couple of days, and already players have figured out how to break it in their favour. Using a glitch in the game’s Infinity challenge system, players can create parties made up of four of the same hero, which means four times the experience points for super-fast levelling.

The character dupe glitch, which was first posted to the Marvel Ultimate Alliance 3 subreddit by ShinobiSekiro, takes advantage of solo missions in the game’s Infinity mode. These are special side missions that put players in control of one character instead of the normal team of four. The first solo mission is for Spider-Man, so I’ll use him to demonstrate how the glitch works. 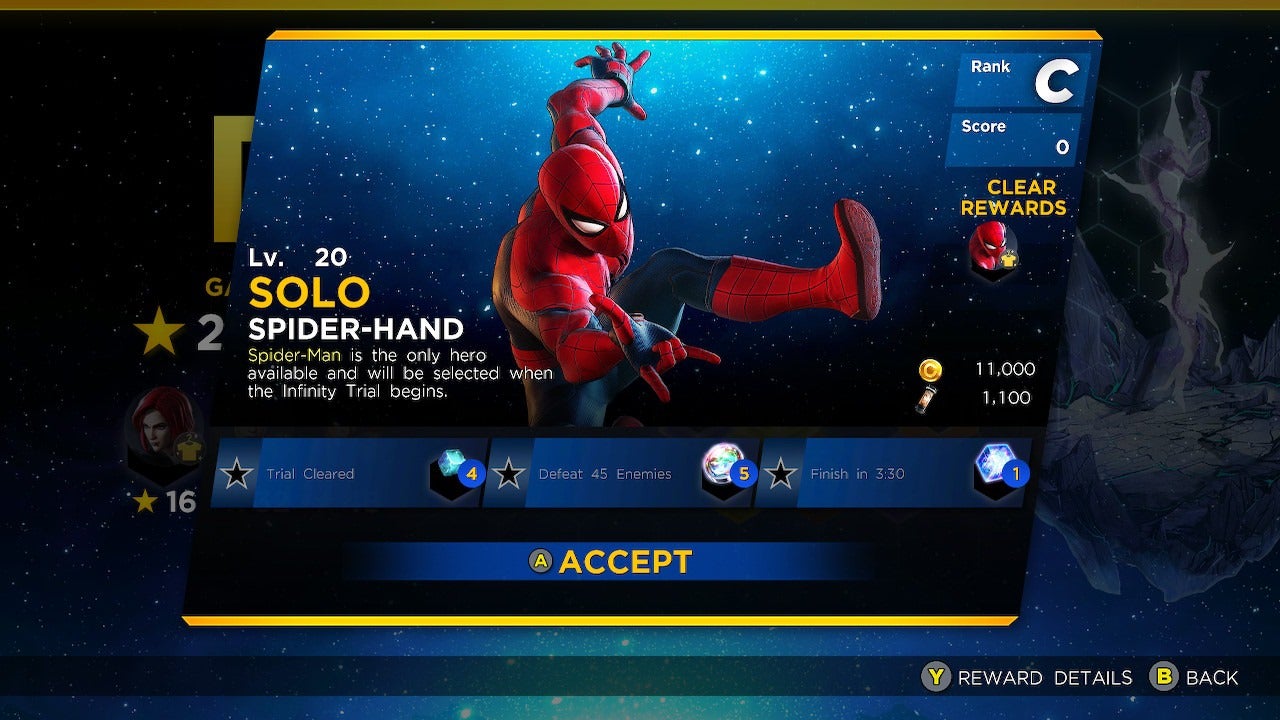 When Spider-Man’s solo challenge is selected, the game injects Spider-Man into the player’s party in the first slot. It’s the game’s way of ensuring the player has the right hero available for the mission. 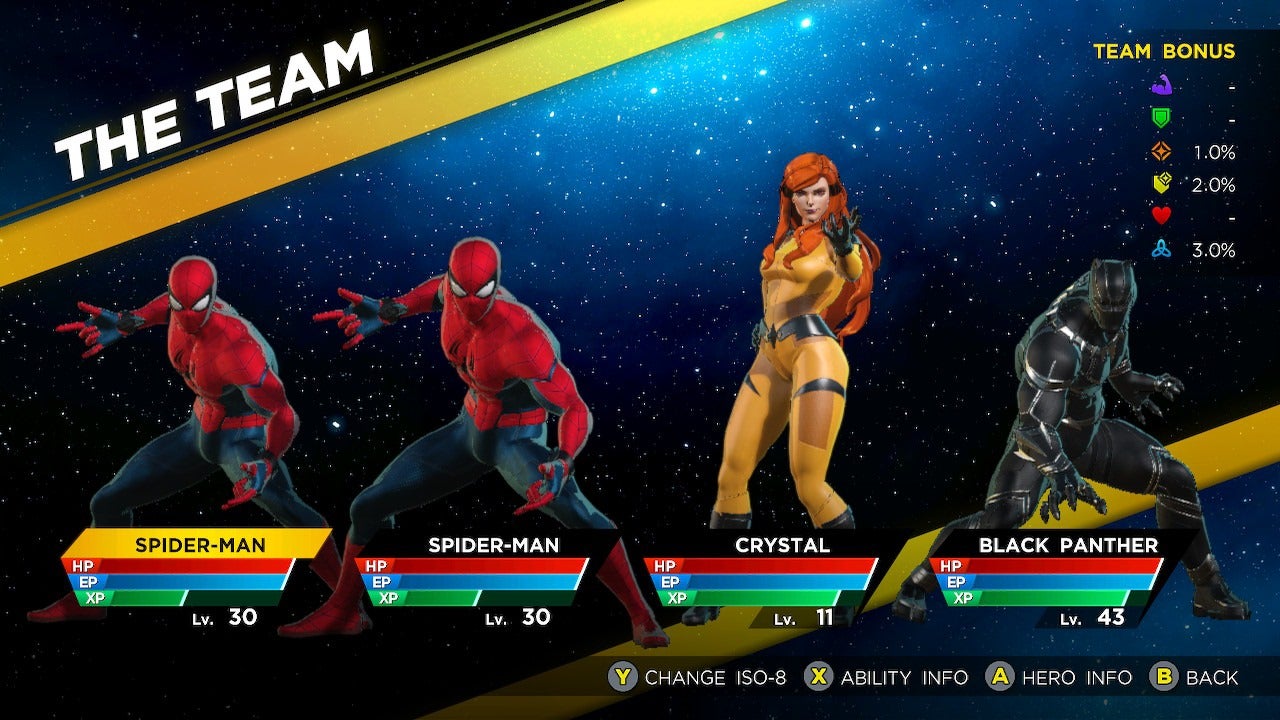 Players can repeat this process three times, winding up with a party full of Spider-Men. Spider-Mans. Spiders-Man? Peters. 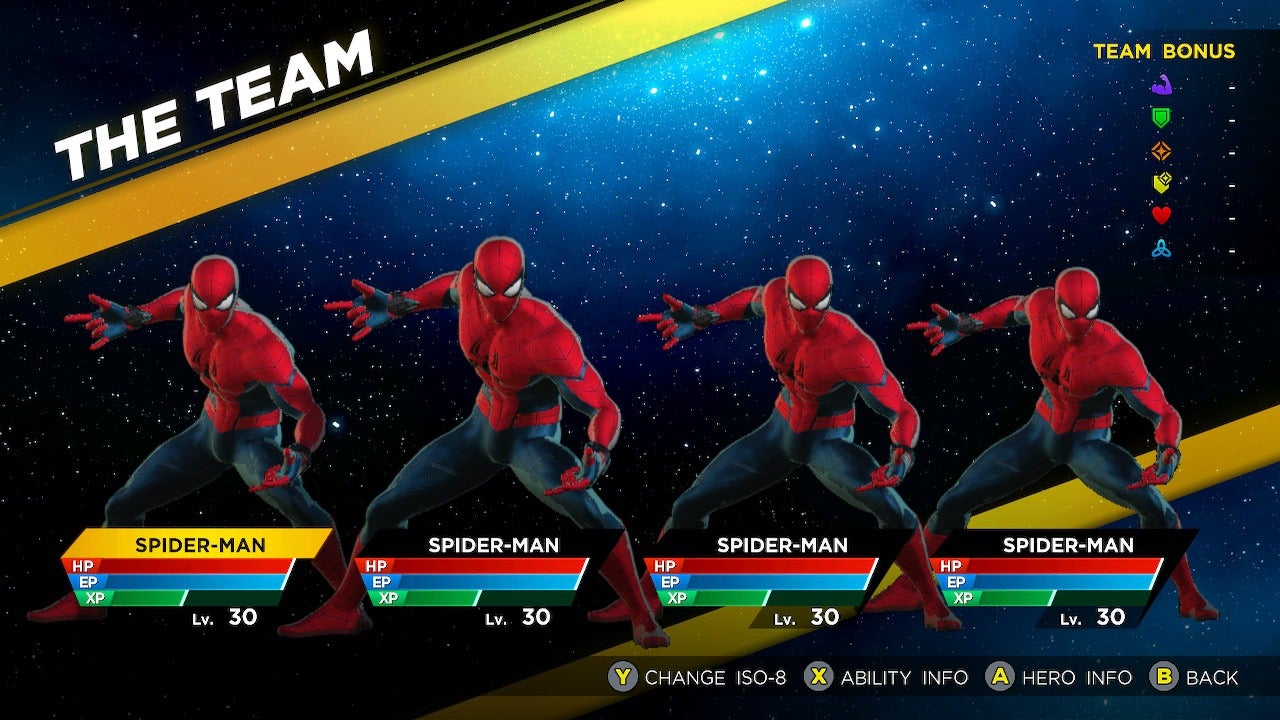 This trick currently works with any character who has a solo mission in the game’s Infinity mode, which includes Captain America, Luke Cage, Gamora and Hulk. Imagine that, a party of four Hulks. That’s three more Hulks than anyone needs.

These duped parties can compete in Infinity challenges and play through story mode, as long as the chapter select option is used. Selecting “continue” will re-mix players’ parties. 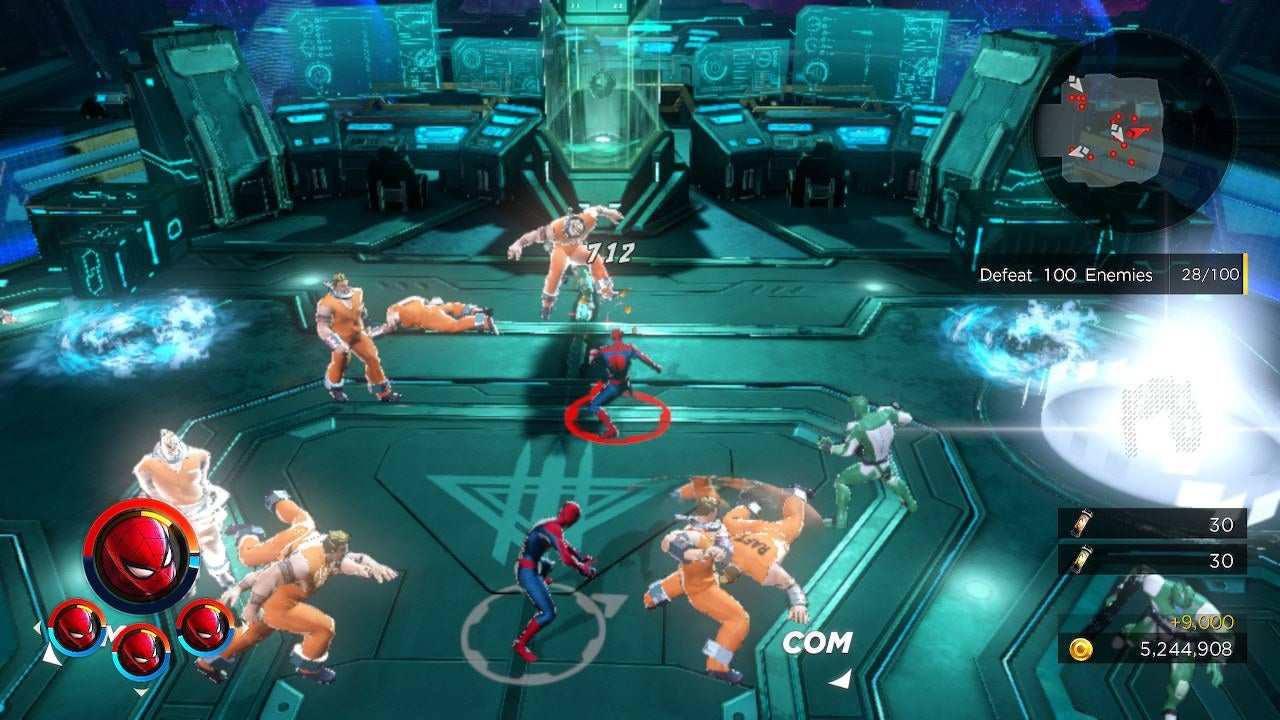 Fans in the Marvel Ultimate Alliance 3 subreddit are still figuring out all of the particulars, but there are already obvious benefits to having four copies of the same character.

All four characters gain experience for defeating villains and completing tasks, but with this glitch in play, all the experience is applied to one character, so experience gain is technically four times as fast. The duplicate characters all have the same stat and power-enhancing ISO-8 equipped, which seem to stack.

Plus it’s a whole lot of fun tearing through hordes of ninja or Raft prisoners or Ultron drones as all the Spider-Mans. It’s cheating a little bit to take advantage of a glitch or exploit, but it’s not a competitive game, so use it at your discretion.