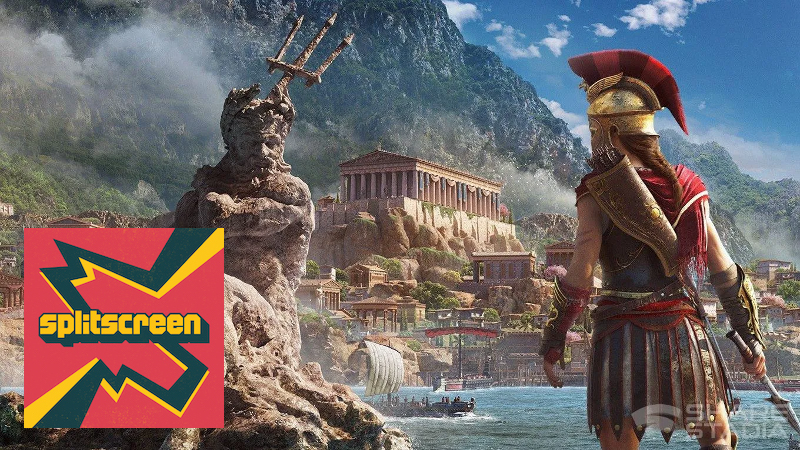 If Google Stadia games work as advertised, it’ll become all too easy for students everywhere to play video games on their school-issue laptops instead of listening to their teachers’ lectures.

On this week’s Kotaku Splitscreen, we answer questions from listeners, including one from a high school teacher about how much of a pain Stadia will be, on top of all the other typical distractions that students already battle in the classroom.


First up, we talk about the games we’re playing; I’ve finally got the hang of flying in Outer Wilds, Jason is playing Dragon Quest Builders 2 for a future review, and Kirk has fallen in love with fixed beat mode in Cadence of Hyrule.

After that, we open up the mailbag (22:32) for discussion of Stadia in schools, our personal processes for reviewing games and how bizarre the release schedule for Final Fantasy 7 Remake will be. Lastly, we get into off-topic talk (1:20:18) about Fullmetal Alchemist: Brotherhood and Veep before Kirk’s funky music pick of the week.

I’m a high school teacher with a question about Stadia and corporate responsibility. As a person who loves video games, the idea of being able to take games wherever I go (with an internet connection) sounds wonderful. However, as a teacher, I am terrified.

It is already challenging enough to get students to read an article, write a paragraph, or complete any kind of academic task when their rapid dopamine-producing technology is always right there at their fingertips, whether through their personal phones or on iPads or Chromebooks (in an ironic twist) provided by schools — and that’s just from basic mobile gaming, watching Twitch, and social media apps.

But now, they’ll be able to instantly play actual good games, like Apex: Legends or Assassin’s Creed: Odyssey on their phones?

I mean, I’d actually empathise with my students at that point: Even as an adult who understands responsibility, there are times I’d far rather be playing video games than working (but thank god that I can’t even make that bad choice because my PS4 with Bloodborne is safely at home). Now, for my students, that all changes.

As teachers, yes, it’s our classroom. Yes, we can try to moderate what students are doing with their time. Yes, we can attempt to ban counterproductive technology. But this is so much easier said than done: Teens inevitably find ways around the barriers that teachers and school technicians put in place.

What I’m asking is this: Does Google have a responsibility to — at the very least — develop tools that empower educators to make sure students don’t make the bad choice of playing games when they shouldn’t be? Surely Google, one of the most powerful companies in the world, can, if it devotes the resources, do something positive and helpful here.

Otherwise, I fear that many teens, who can’t see in the long-term, will choose the escapism of video games and suffer destructive personal consequences, than engage in the difficult work of being a student.

Kirk: … So, I was on faculty at a high school. I taught many classroom sessions, I subbed for classes, I ran classrooms. I’m at least familiar enough with this and was in all the faculty meetings where this was constantly talked about.

The school that I taught at, the Urban School of San Francisco, is this super ahead-of-the-curve amazing school in San Francisco. This was in the 2000s. They were one of the first schools to have a one-to-one laptop program. At the time, all the kids had Macbooks, and they could get online. There was basically no restriction…

So, yeah, I do think that it’s Google’s responsibility, and it’s all these companies’ responsibilities to give teachers and give parents tools. But at the same time, I’m sure a lot of parents will also tell you that while it’s nice to have parental restriction on content, it’s also really hard; if a kid really wants to see something or do something, they can probably find a way to do it.

One thing they would do at Urban that was really funny was, Howard — his name was Howard, he was a really brilliant guy who was in charge of technology. He was the czar of all the computers. He had the ability to get and look at anyone’s screen on the network — of the students, not the faculty.

He never did this. He was a really busy guy; he was doing all kinds of stuff. But he had the ability to, and as a result, the kids were always scared that they would be playing a game or something during class when they weren’t supposed to be — because this was a thing back then, even.

Kids wold play Halo on their Macbooks; they would download freeware copies of games, and then they’d all be playing against one another. And they would be like, “Oh god! Howard’s gonna know!” Which I thought was really clever psychological warfare.

Because of course Howard 99.99 per cent of the time was not looking at your screen. But it only took him doing it once to one kid, and like walking into class out of nowhere and just busting them for whatever they were doing.

Maddy: That becomes the urban legend that all the other kids tell each other. “Oh, Howard can find you at any time! He’s always watching!”

Kirk: Also, coincidentally, Urban Legend? The name of the school paper at the Urban School of San Francisco.

Kirk: So that was one thing that kinda worked… [but] I don’t think that Stadia’s actually going to be — like, Maddy you mentioned social media. Social media is just as much of a distraction.

Kirk: There are so many things that can potentially distract a student who is supposed to be paying attention in class. And you go back to when we were students, and it was even stupider. More basic things, like calculator games, or tic-tac-toe on a notebook.

Maddy: Or passing notes, which was our equivalent to social media back then. But still distracting.

Jason: I’m sure kids today are still passing notes, too, by the way.

Maddy: Oh, sure, because they aren’t allowed to take out their phones in class, usually, from what I hear.

Jason: Or they get them taken away.

Kirk: That’s definitely one good restriction: You have to be on your computer, your computer’s on the network. I think there are even more advanced ways now, to block access to certain sites. People’s work does this too. Like, you can’t get on YouTube at work, so you just can’t do it.

Maddy: There’s also the old school thing my maths teacher did, which was physically walking around the classroom every time she did a lecture — up and down every row — to make sure nobody was playing games on their calculators. Just literally looking at everyone’s screen over everyone’s shoulder. All 40 students, or however many. I went to a big a public school.

Jason: That’s actually smart. That’s a good way of teaching, also, to not stand in one place. Kirk, I’m curious to hear — do you think that Google has any responsibility? Or do you think it’s a school-by-school, teacher-by-teacher, parent-by-parent responsibility here? And the onus is on them to make sure that their classrooms are behaving?

Kirk: To zoom it out from Google, just because Stadia doesn’t even exist yet. That’s, I think, a concern but all of these companies can be lumped under one umbrella. Just ethically, I do think that they do. I think it would be nice if they did that.

But, at the same time, if they’re not creating software for the Department of Education to use, or something like that, then in the end, it’s just not really their responsibility in the same way that it would be if they were actually making teaching tools.

This is just software that they’re making. There are a million things that can be misused by students in the classroom, and it is hard to draw a line and say, “Well, you all have a responsibility, in addition to treating your end-user, to make it so that students can’t abuse this in a classroom.”

There’s just a practical fact that it’s going to come down to the teachers and the students. That’s where the buck is going to stop.