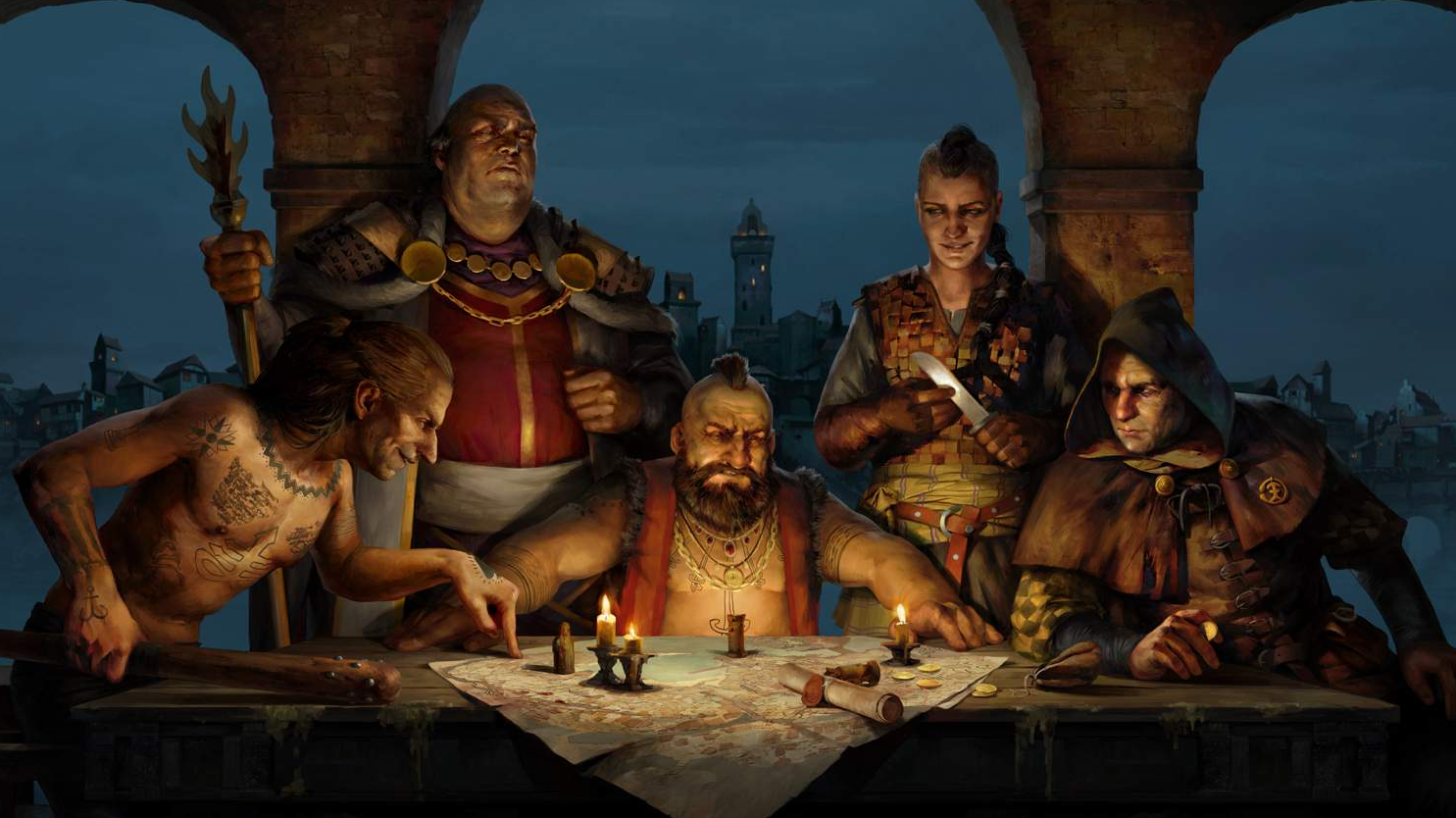 Gwent’s latest expansion, Novigrad, launched on Friday, and I’ve been playing almost nonstop. After months away from the Witcher 3-inspired card game, I’ve fallen for Gwent all over again. The Novigrad expansion adds a new theme and mechanics that draw on what I love about the source material, and it also helps the game grow in important ways.

In The Witcher 3, the free city of Novigrad is a seaside metropolis ruled by a loose confederation of shady merchants and cutthroats. The Gwent expansion draws on similar elements by introducing the game’s first ever new faction: Syndicate. Made up of smugglers, pirates, witch hunters, and various gang leaders, much of the set revolves around earning gold and spending it to assassinate your rivals. While simple in theory, this dynamic opens up exciting new possibilities.

Take the card Witch Hunter Executioner, for example. It has Profit 2, which means players earn two coins when they play it. It also has “Fee 1: Gives Bleeding to a unit for one turn,” which means once the card is on the board players can spend one coin to activate the ability.

When a card suffers from Bleed, a mechanic introduced in the previous Crimson Curse expansion, it takes one damage at the end of its owner’s turn. With Witch Hunter Executioner a nice thing to be able to use bleed whenever you want. 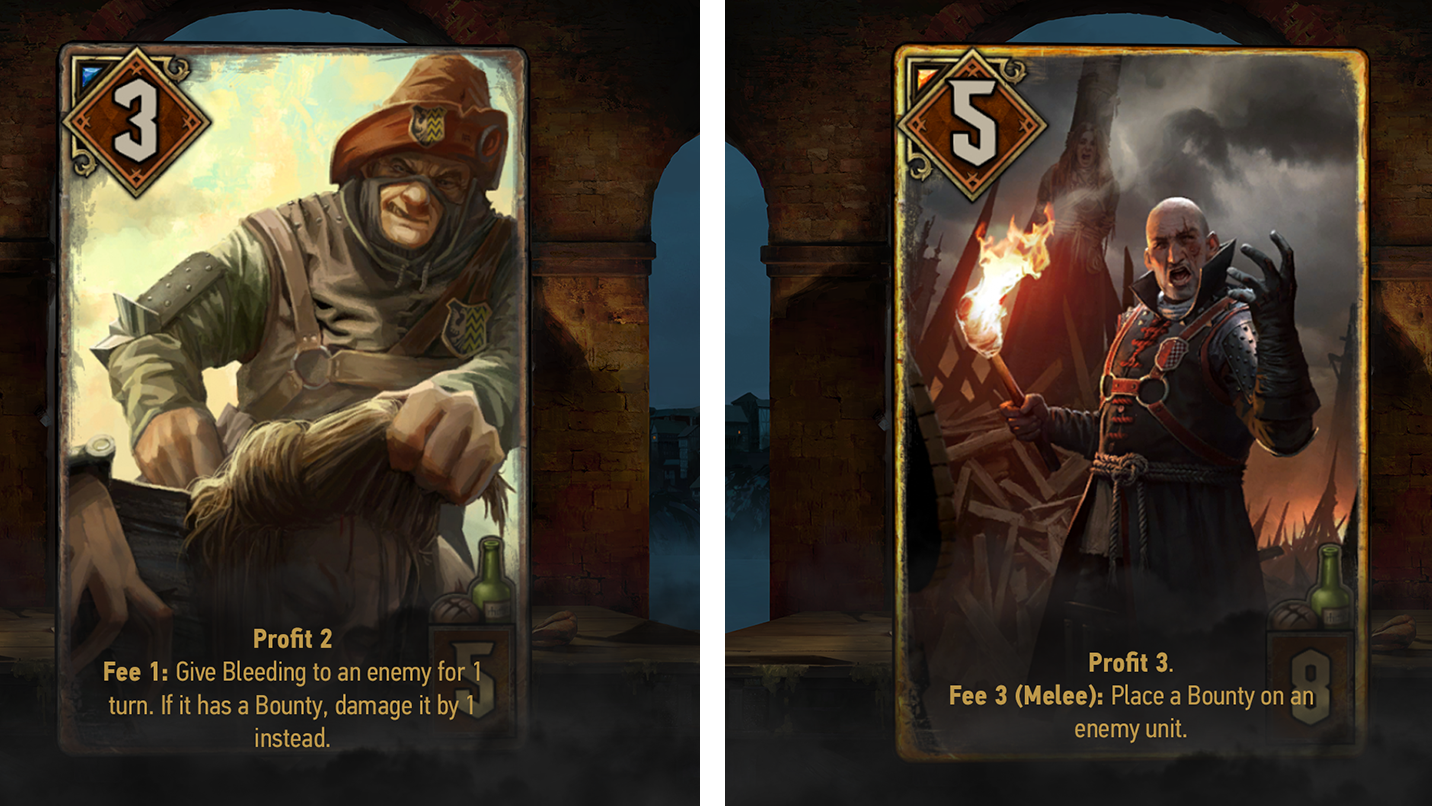 If a card targeted by Witch Hunter Executioner’s ability has a Bounty on it, the bleed damage is done immediately, which is even better. In addition, when a card with a Bounty on it is killed, the player who killed it gets coins equal to its base power. Enter Witch Hunter, a Syndicate card that places a Bounty on another card when it’s played.

Together, the two cards offer up a vicious cycle, with each Bounty paying for the next kill.

Other cards like Caleb Menge, which allows you to spend three coins to place a Bounty, push this chemistry even further when combined with Ewald Borsodi, whose ability deals two damage in exchange for two coins.

There aren’t any free lunches, even in Novigrad, and the money does run out eventually, but crime cards like Swindle, which adds between four and six extra coins to your coffer, and leader cards like The King of Beggars, which grants you up to six extra coins during a match, can greatly extend the life of the party. 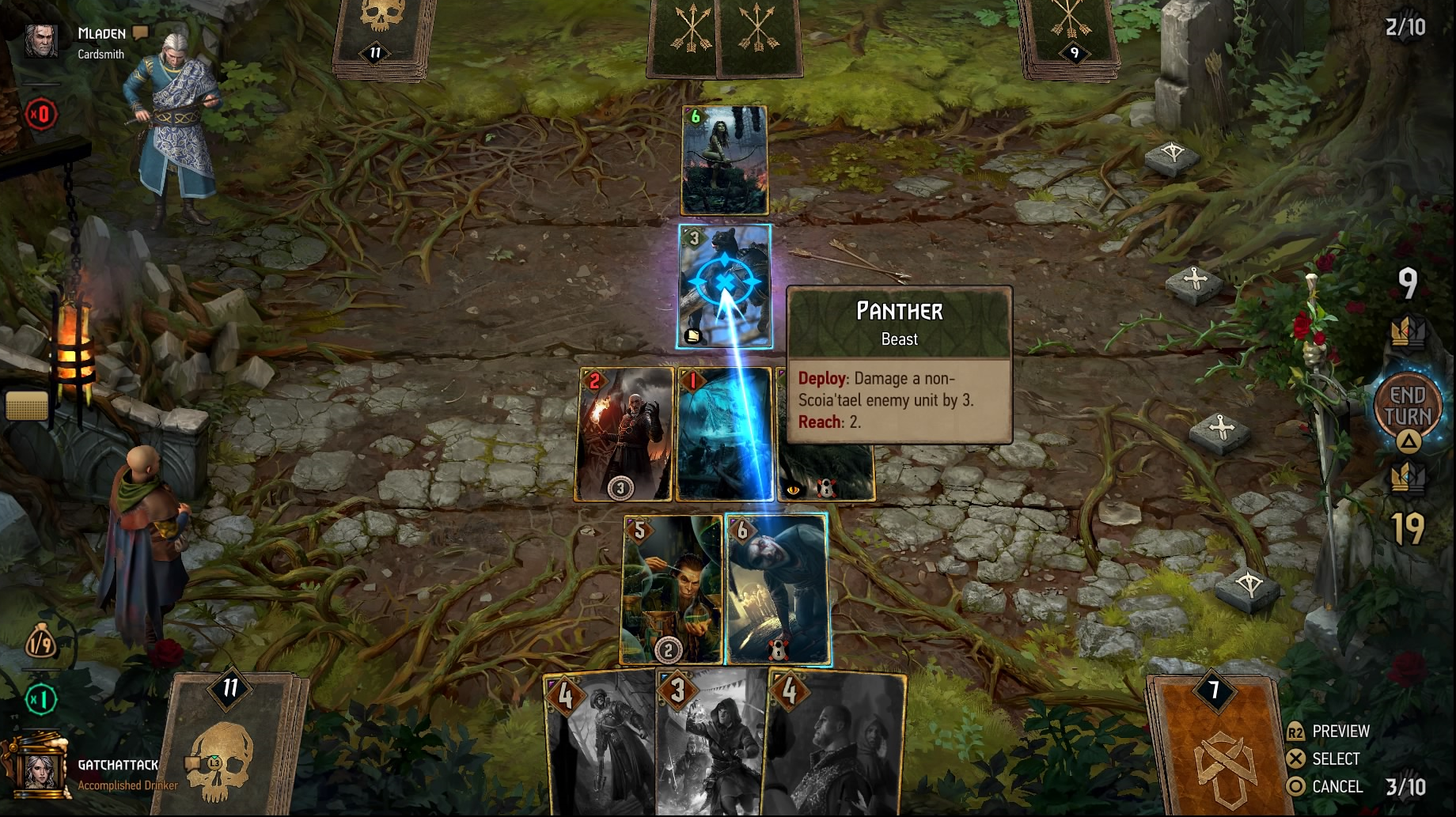 One of the most popular deck archetypes at the moment is based around precisely this strategy, with The King of Beggars bankrolling the removal of just about whatever an opponent can throw at you. I’ve been playing with a version put together by professional Gwent player FreddyBabes, and it’s taken me on a dozen game winning streak.

The synergies are so strong at the moment that CD Projekt Red has already announced a hotfix to address balance issues coming later this week. Ten Syndicate cards will be affected, though the studio hasn’t yet revealed which ones will take the hit.

Even if their potency is reduced, the underlying strategies at play are still fun to navigate. When Gwent’s open beta began in early 2017, it felt like a fantasy version of a traditional playing card game, with lots of bluffing and passive watching as effects resolved automatically based on the order you put your cards down in.

When Gwent left beta last spring, it dramatically changed, simplifying the game board and adding animated characters while also introducing new card mechanics. It wasn’t the game I’d grown to love anymore, and as a result I fell off it for a while.

Several months later, it feels like Gwent has finally grown into its new identity as a more interactive card game like Hearthstone or Magic: The Gathering. Though its rules and layout still distinguish it from those games, the Novigrad expansion adds a new layer of strategy that lives up to all of the other business going on on screen. Individual cards feel more like their source material namesakes rather than just tokens passively representing them, while the interplay between the game’s new mechanics offers as much lively complexity as the fictional city they draw from.