Grand Theft Auto Online’s casino update is now live, as of Wednesday. The Diamond Casino & Resort update adds a large list of new content, including new missions, cars, clothing options, and activities, making it one of the largest updates in GTA Online in some time. Players worried about how pricey this update would be might be surprised at how cheap some of it is. But players can also spend millions if they want to.

Since the release of Grand Theft Auto Online, players have driven by an empty casino near the northern part of Los Santos. A big sign promised it was opening soon, but after years of waiting, it seemed the casino was going to remain closed forever. Recently, after some teasing in-game, Rockstar announced the casino would be opening. The old empty building has been replaced with a modern, fancy exterior. This is The Diamond Casino & Resort and it is the hottest place in the game. 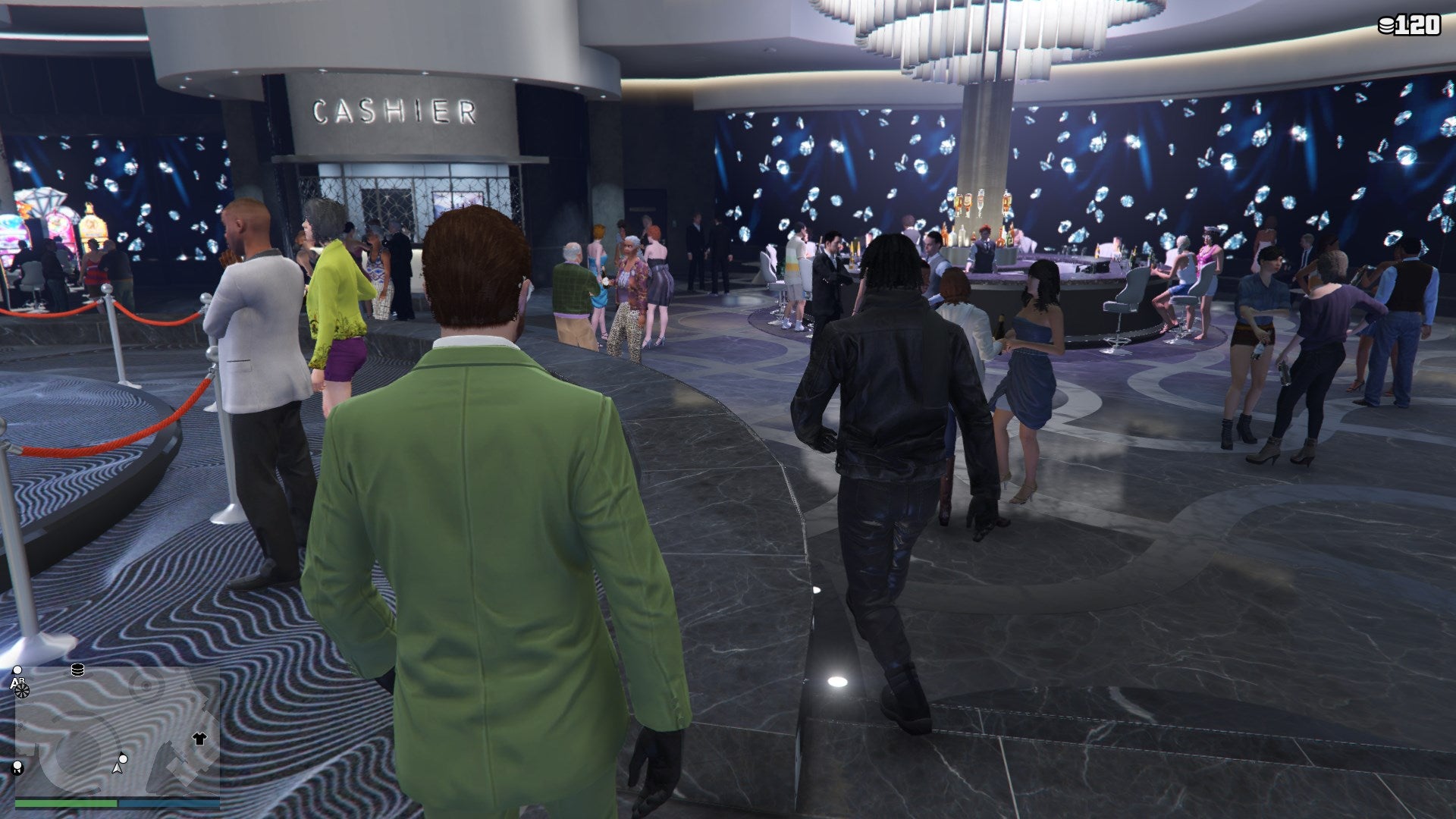 At the start of the update, players are given a short tour of the casino and then let loose to explore and gamble. Unlike previous GTA Online updates, like the nightclub update, you don’t have to buy the casino and invite other players to join. Instead, just walk in and you will see other players from your session walking around the casino. It feels organic and less sectioned off from the main GTA Online world. For those worried about violence, when you are in the casino players can’t access weapons or fight other players, though some players have been staking out the front entrance outside and killing anyone who shows up.

Not having to buy an expensive property like in other updates means any player can start having fun without having to grind for cash. The only requirement to gamble is a small membership fee of $500, which is cheap for most GTA Online players. Once you are a basic member, you get some chips and can start gambling.

Chips are a brand new currency that is spent on everything in the casino. If you want to play some blackjack or bet on some horses, you use chips. You also use chips to buy clothing and decorations for your optional penthouse.

Chips can be purchased from a cashier at the front area of the casino and cost an in-game dollar per chip. Players can cash out at any time. Each chip converts back into a single GTA dollar. If you don’t want to spend in-game money buying chips, you get 1,000 free chips each day that you can use to gamble. Players can only buy 50,000 chips at a time and must wait a short period of time before buying more. 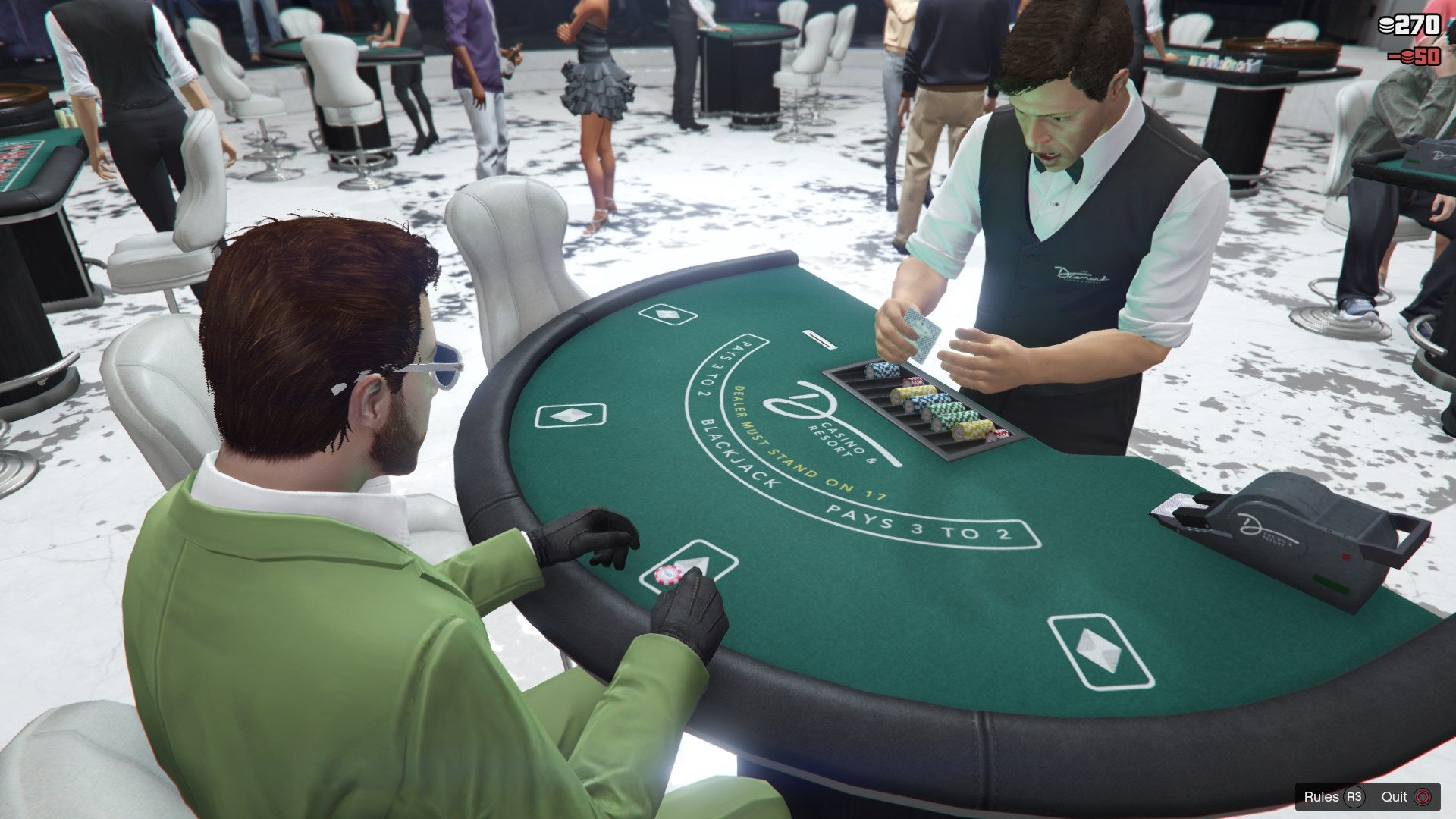 With chips in your pocket, the casino feels like a dangerous playground. The various table games, like blackjack and poker, have simple controls for betting and hitting dictate. The slot machines are simple too, with different machines having different minimum and maximum bets. Each machine has different themes: some are based on TV shows from the GTA universe, others are based on movies or locations like Vice City or Egypt.

Every slot machine is blaring loud music and sounds, and each table is surrounded by NPCs cheering and cursing as they play. With a dozen or more real players walking around, the casino feels more alive than other GTA Online interiors. Being able to randomly run into players, without them shooting me or having to invite them, makes the casino feel like the most social area in the entire game.

Once you’ve done some gambling and had a few drinks at the bar, you might start wondering what else there is to do. This is when you will need to spend some big bucks to play the rest of the update. 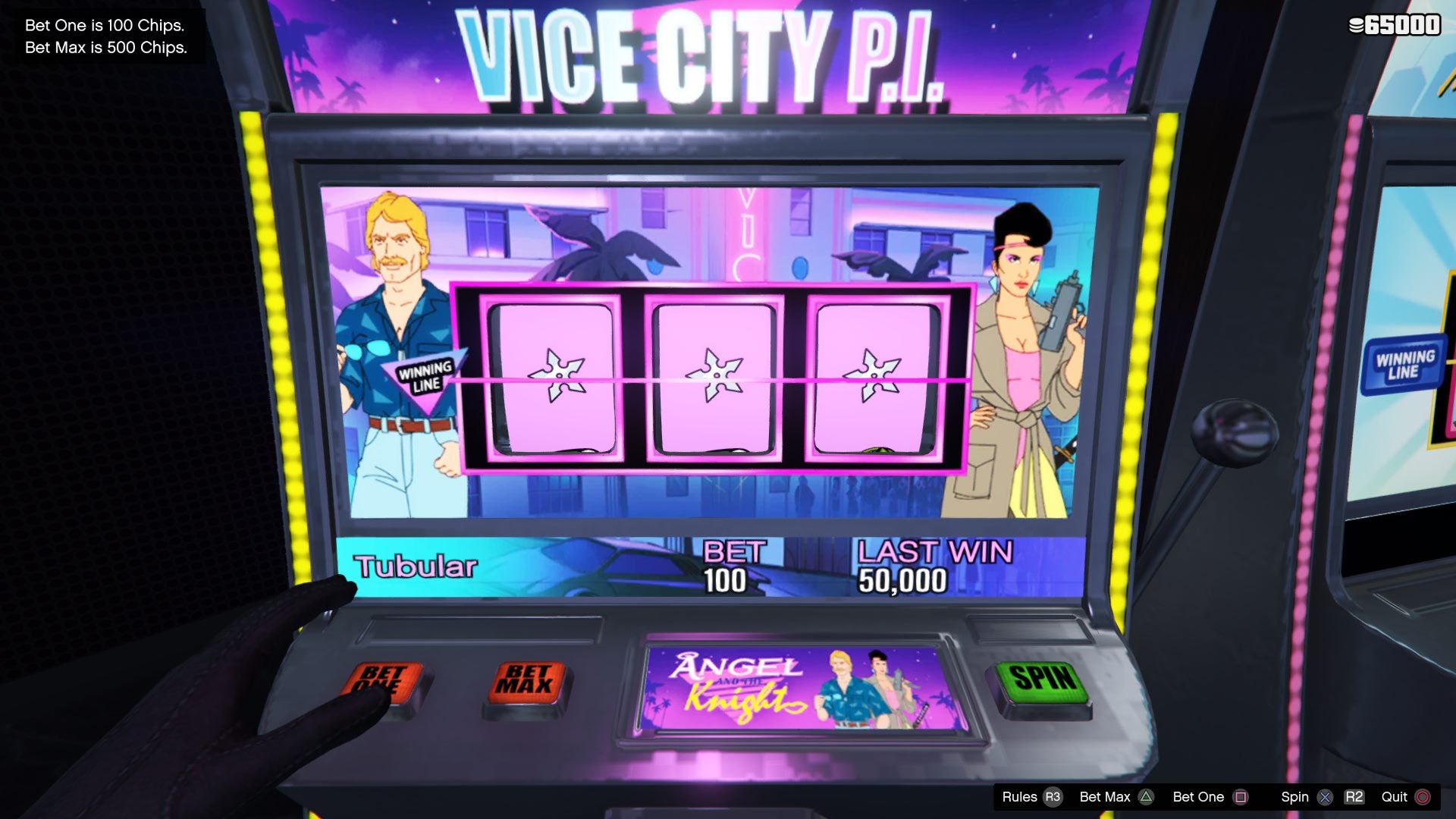 Beyond a basic membership, players can buy a penthouse to become VIP members of the casino. Be prepared to spend over $1,000,000 for a basic, no thrills penthouse, though Twitch Prime members can get a free penthouse if they link their Social Club account. If you want fancier accommodations, like a place with a party area, spa, or spare bedroom, you will have to fork out over three or even four million bucks.

VIP membership opens up new areas and table games, as well as access to new story missions. These missions are about your character helping the casino owners and workers fend off an angry Texan who is looking to steal the casino via a hostile takeover and blackmail. I haven’t finished the main story, but the first mission was fairly basic GTA Online stuff: go somewhere, shoot people, find something and leave.

Unfortunately for lone wolves, these missions require at least two players. This is annoying, especially if you don’t have any friends to ask for help, and relying on random players in GTA Online is always a crapshoot. Hiding new missions behind a two-player requirement feels like a mistake for an update that is mostly easy and cheap to experience alone. 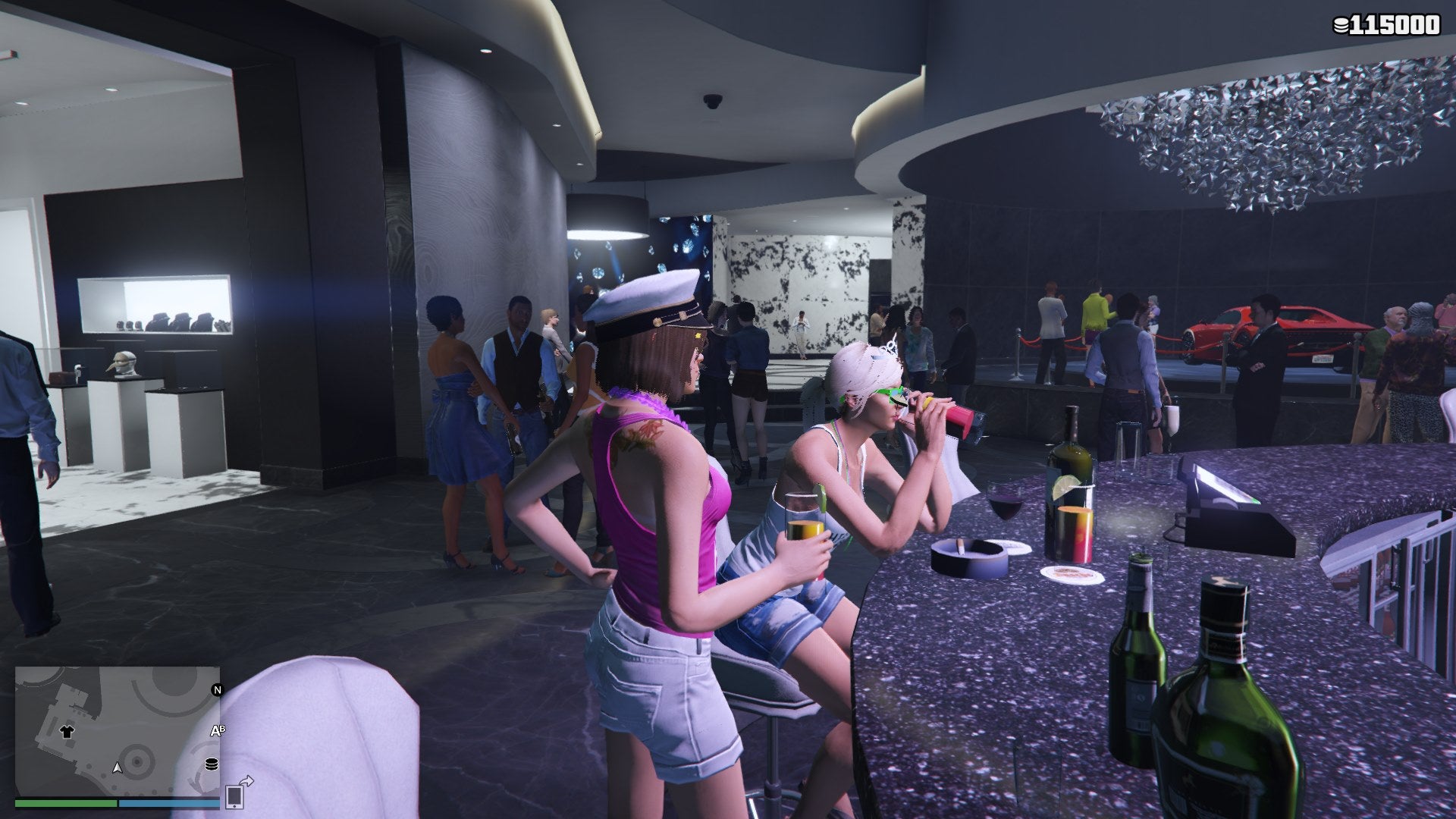 We are still in the early days of this newly-added casino, so we don’t know how much it will shake up the economy of GTA Online. Will players stop grinding missions and start playing the slots to earn money? One player on Reddit posted a clip of them winning $US2.5 million, and I won $60,000 on a single slot machine spin. It seems that lucky players might be able to inflate their bank accounts quickly by hitting the slots and tables. Or will players find ways to glitch the casino and walk out richer than Rockstar ever expected?

Whatever happens, I’m just happy to see Rockstar creating new content for GTA Online that brings players together in a social and fun way, instead of just adding more races and deathmatches.