Celebrating eight decades of Marvel Comics, Hasbro is releasing a series of new 80th Anniversary Marvel Legends toys featuring iconic heroes looking as if they stepped off the covers of classic books. Check out recreations of Captain America 700, Thor 137, and Iron Man 126.

Between the three, Hasbro played it really safe with two of them. The Captain America and Iron Man covers each feature a single six-inch action figure. The cover choice isn’t that inspired, but Cap looks great in his classic gear. Gotta love a World War II hero wearing blue scale mail. 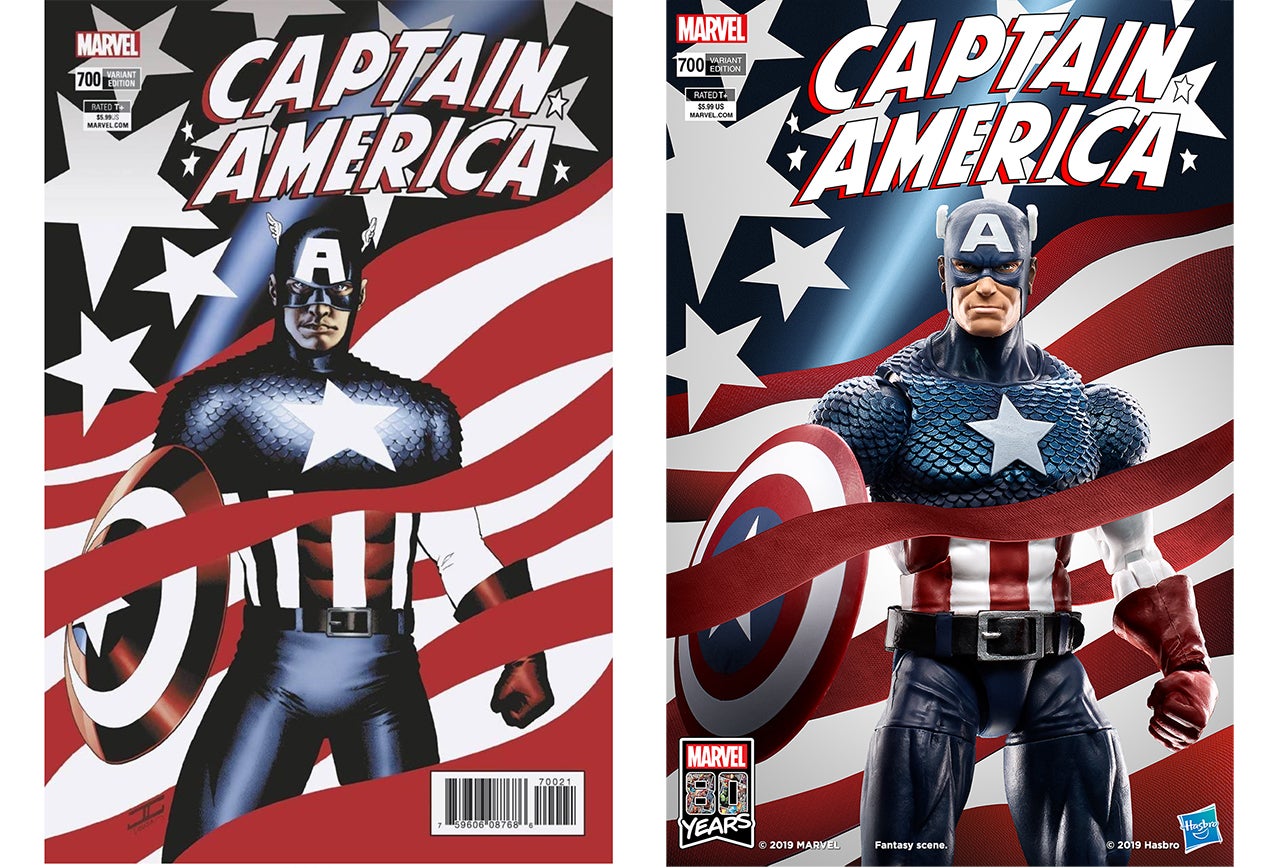 The 80th anniversary Captain America figure is up for preorder at Walmart in the U.S. with no word on an Australian release.

They tried a little harder with Iron Man. The red and gold figure can’t quite pull off the pose from the comic cover, but it tries real hard. Extra credit for using one of the side panels to show that the figure comes with a classic, smarmy Tony Stark Head. Both the Iron Man and the Thor figure will be available for preorder on the Hasbro Pulse website this Thursday — but Pulse only ships to U.S. addresses, so you might have to get crafty. 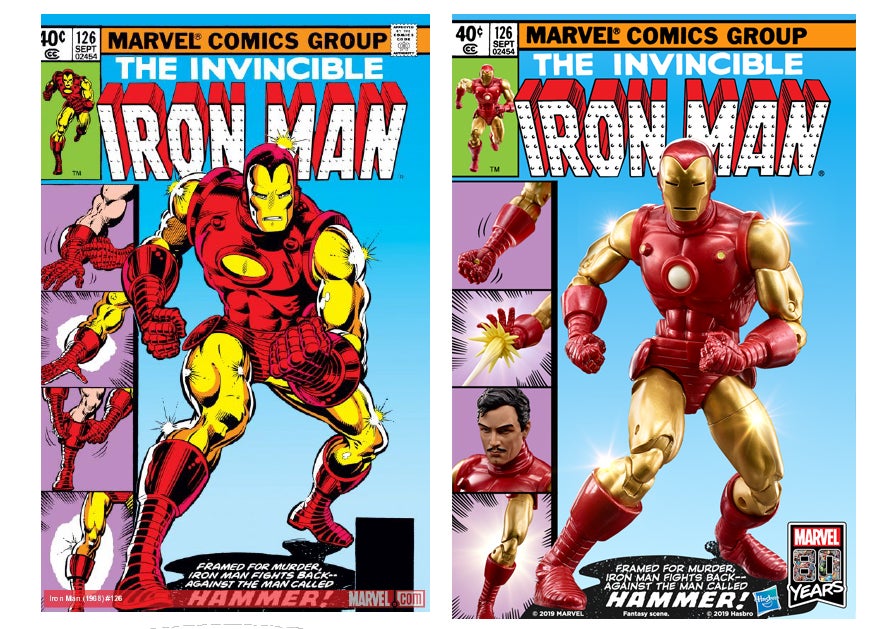 The coolest of the three covers is the recreation of Thor 137. It’s got action. It’s got excitement. It’s got an Ulik figure that was a 2017 San Diego Comic-Con exclusive, so it might be difficult for fans to recreate. And damn if I don’t love classic big-caped Thor. 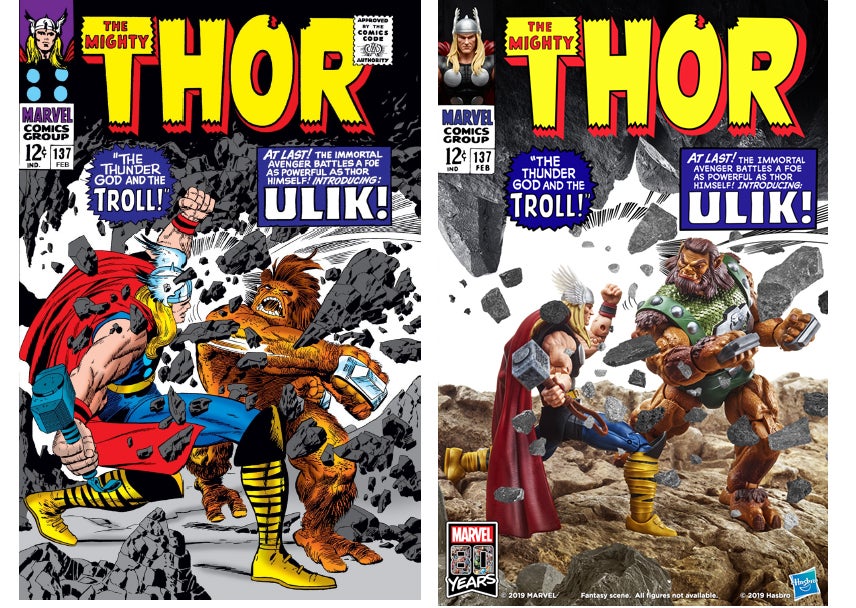 It’s the power of action figure photography, used here to celebrate comics and sell some toys.