To celebrate the announcement of a second printing of its series’ 95th issue, IDW has officially let the cat out of the bag on its big reveal: A new member of the Ninja Turtles is on the way, sporting some fancy claws and a yellow headband.

Congratulations to the creative team of #TMNT! Teenage Mutant Ninja Turtles #95 is now sold out at the distributor level and going to 2nd print! Until then, head over to your local comic shop and pick-up your copy…rumor has it there’s a huge cliff hanger! ???????? pic.twitter.com/PjYdajBoIA

Not to be confused with Mikey’s bright orange headband. Still better than the light blue/dark blue differentiation between Leo the last time there was an infamous addition to the Ninja line-up in the form of the aforementioned Venus, a female turtle first created for Saban’s Ninja Turtles: The Next Mutation TV series back in 1997. 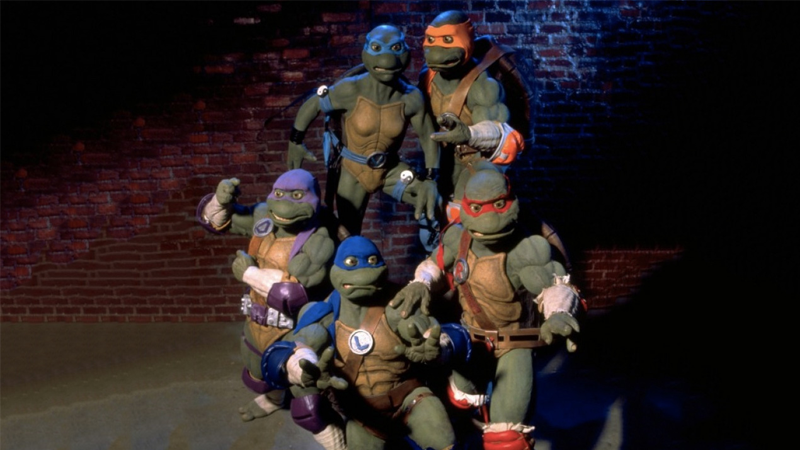 But how did this new turtle come to be, and who is it? Head below the warning to find out!

Last week’s TMNT #95 by Kevin Eastman, Bobby Curnow, Tom Waltz, Dave Wachter, Ronda Pattison, and Shawn Lee saw the team in a race to save time to save one of their allies, a Foot Clan ninja named Jennika, after she was mortally stabbed as part of an ongoing scrap with a rival faction headed by Splinter’s archrival and current leader of the Shredder-aligned version of the ninja clan, Karai.

As if that wasn’t enough drama for the Turtles to face, the current storyline in the comics has seen them being hunted down by the Earth Protection Force, a government taskforce meant to detain and destroy mutant and alien presences like, say, teenage ninja turtles and sentient rat ninja people.

After being cornered by EPF operatives in an attempt to heal Jennika’s mortal wounds, Donatello and Leonardo find themselves making a tough decision: transfusing Leo’s blood with Jennika’s. Which is, apparently, how you heal fatal stab wounds. And also get new mutant turtle ninjas! 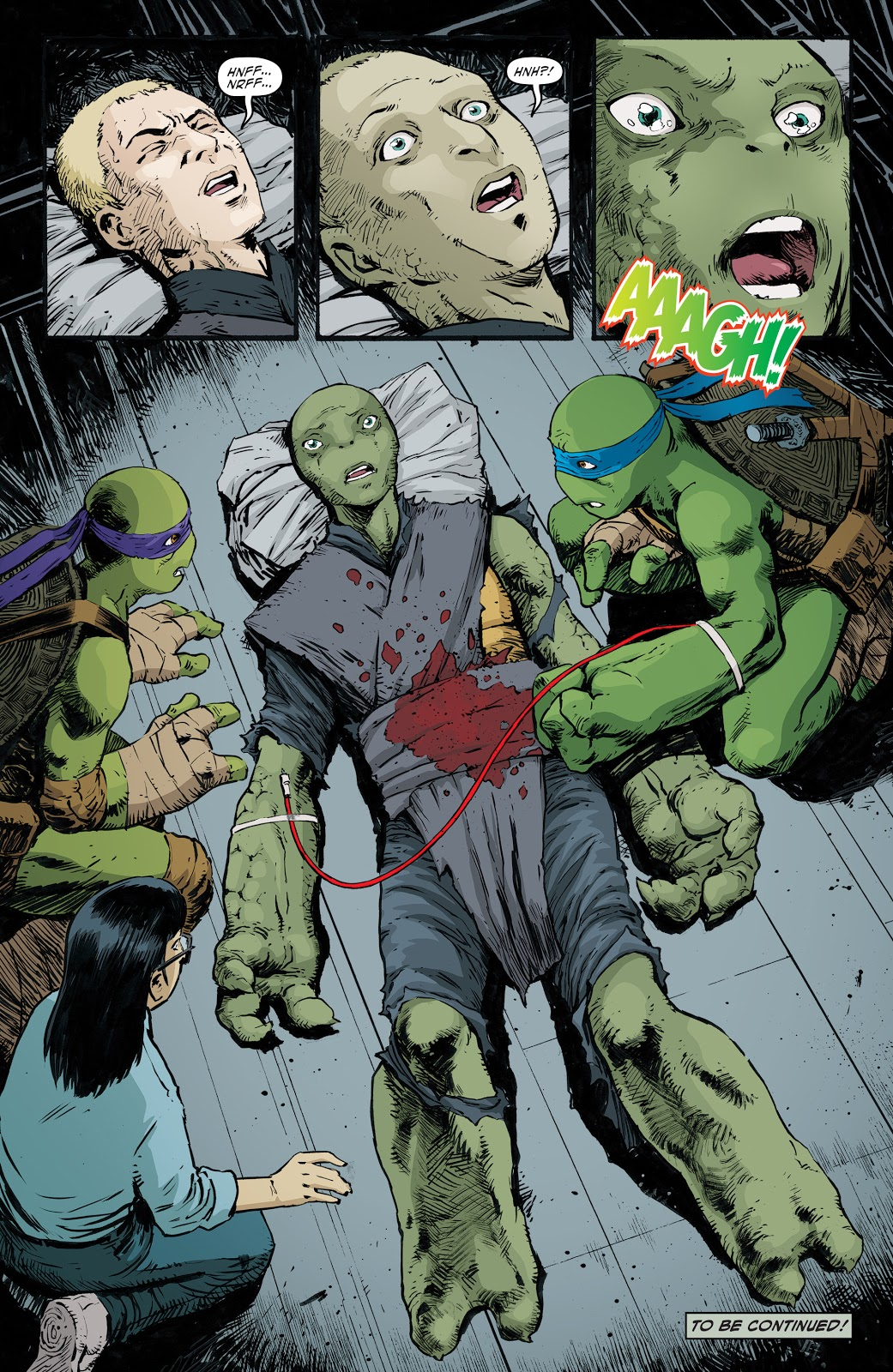 That seems like an… alarmingly quick process you pulled out your arse there, Donnie. (Image: Dave Wachter, Ronda Pattison, and Shawn Lee, IDW)

This isn’t actually the first time a new ninja turtle has been introduced in IDW’s TMNT continuity. Back in 2012, there was the addition of Slash, originally mutated as a rival to the team but eventually an ally and founding member of the Mutanimals, a group of similarly minded mutant-animal hybrids. And, of course, Jennika isn’t the first time there’s been a female Ninja Turtle – aside from the aforementioned Venus, eventually scrubbed from existence when Next Mutation was cancelled, in the old Archie Comics continuity even April O’Neil herself briefly became a Ninja Turtle for an issue, sporting a white headband.

It seems as though that Jennika at the least is going to be sticking around for a bit longer than either Venus or Turtle-April ever did. According to TMNT artist Sophie Campbell, plans have been in the works for a while when it came to Jennika’s transformation:

Cat's out of the bag now, so here's some concept art I did two years ago (can't believe it's been that long) for mutated Jennika, the new Turtle!! @TomWaltz @thedisastrix @IDWPublishing pic.twitter.com/FtrJsK9Deb

Welcome to the party, Jenny. Hope you like pizza?