Amid renewed interest in UFOs following a series of articles detailing strange sightings by U.S. military pilots — and recognitions of those concerns by the Navy — over 1.2 million have signed up for a “Storm Area 51, They Can’t Stop All of Us” Facebook event slated for September 20, 2019. Attendees are asked to breach security at the highly classified Air Force facility in Nevada to “see them aliens.”

And the Air Force is not amused. The branch has warned those who signed up in a statement to NPR that it is “aware” of the event and that “Any attempt to illegally access the area is highly discouraged.” In a separate statement to the Washington Post, it hinted that any attempts to get into the compound could be met with force: “…We would discourage anyone from trying to come into the area where we train American armed forces. The U.S. Air Force always stands ready to protect America and its assets.”

But fear not, budding investigators. I have personally infiltrated Area 51 not once, but numerous times, I know the truth, and I can tell you what to expect in September.

The motion sensors are the least of your worries — they’ll know you’re coming and you’ll be flying in by helicopter anyways. Your first and foremost concern will be the guards tasked with resisting virtually every step you take into the facility. Fortunately, these post-human personnel do not actually wear camouflage but instead an odd array of brightly coloured and highly visible jumpsuits. Clear the warehouses first, but watch out, because some of them will attempt to run you over with forklifts or throw yellow barrels at you. 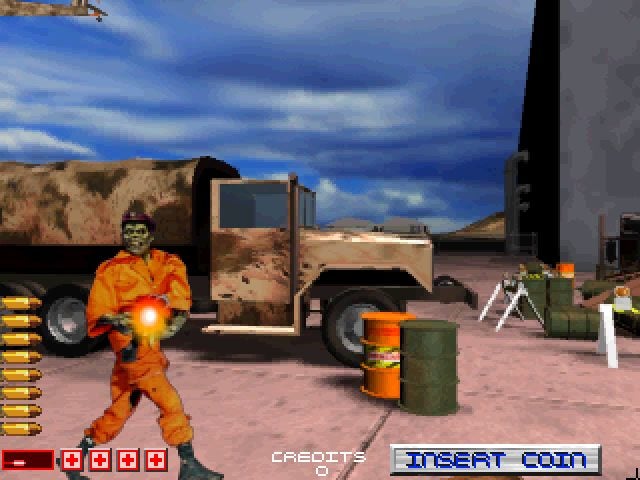 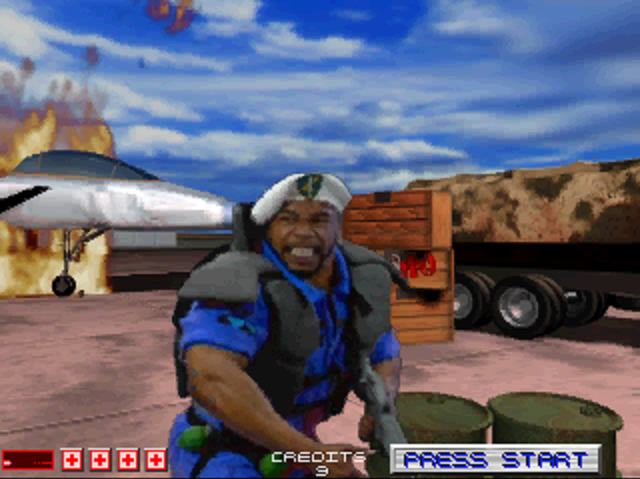 After clearing the warehouse, hop in a truck and drive to the admin building while swerving erratically through fields of red crates. It is here that you will discover the truth: Area 51 has been infested by the Kronn, a race of parasitic aliens that use humans as hosts to increase their numbers. They are tougher than the possessed security staff, but by this point, you should have picked up some grenades. Continue to watch out for aliens and guards that pop up from directly below your field of vision and try to punch you. 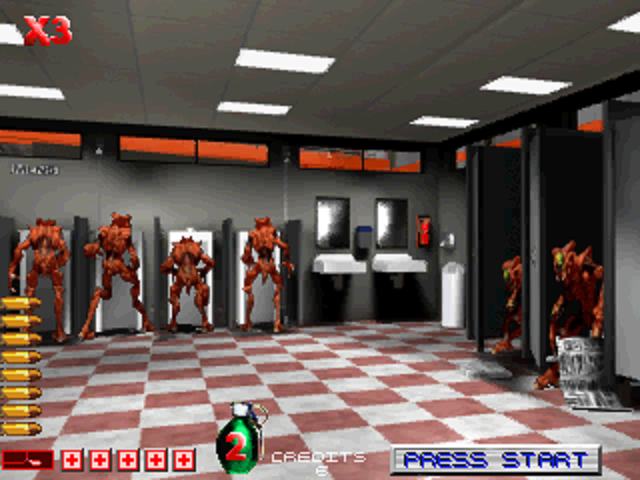 By now, you should have the hang of it. You will see many horrors in the research labs and underground chamber that might be a nuclear reactor or something (it’s unclear but it has a lot of radiation symbols?) as well as a woman wearing an Atari-approved level of underwear. 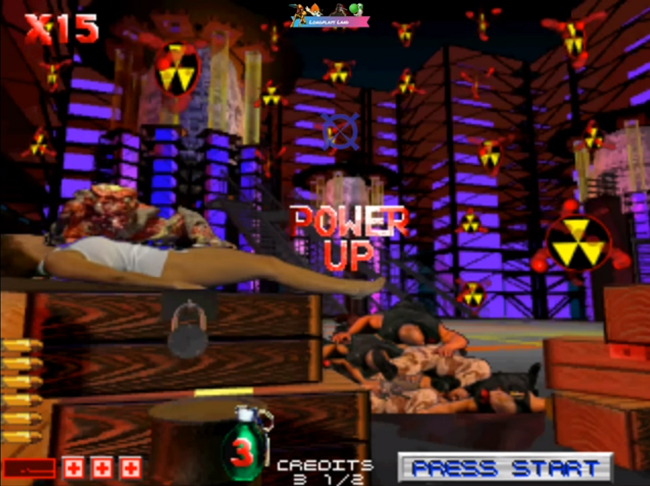 Stay calm and when you get to the hangers, destroy the Kronn spaceship by disabling each of its four engines:

Congratulations, soldier: “You have averted Global Disaster by stopping the Alien infestation at >> AREA 51