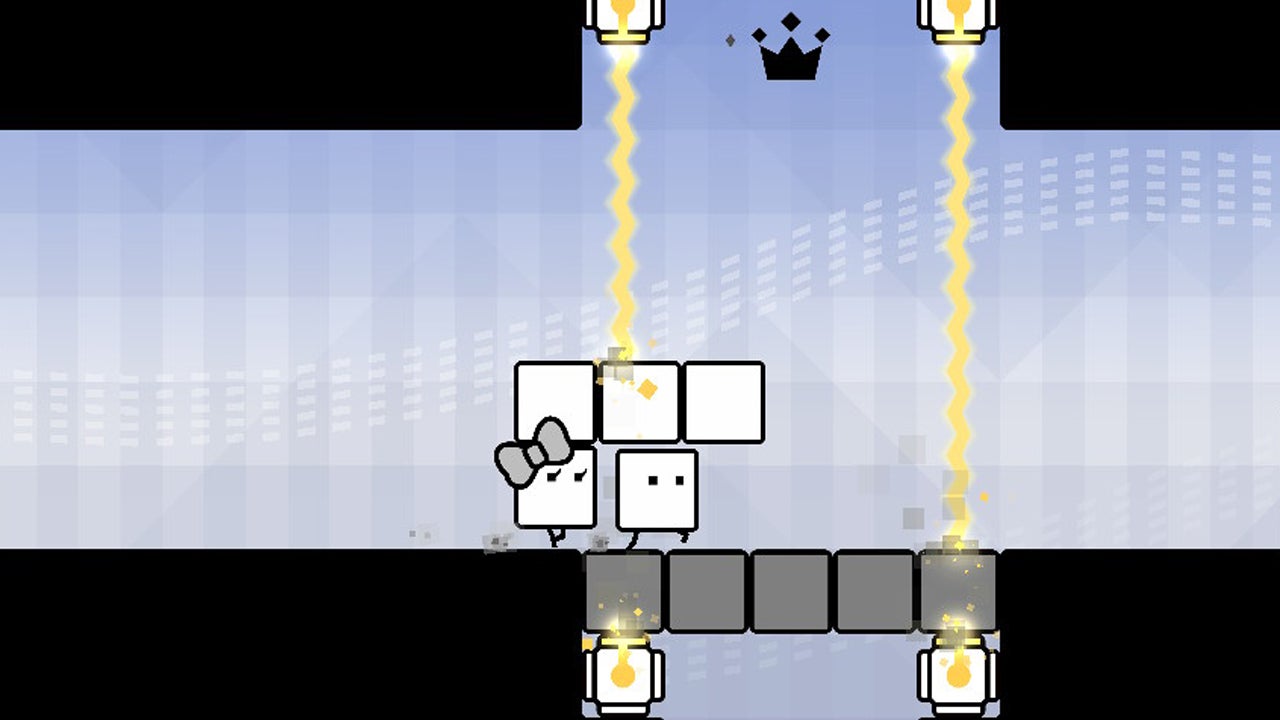 I’m visiting my twin sister in Texas this week, where she has a lot of cool stuff: a swimming pool, the world’s most perfect dog, two horses, and my four nieces and nephews, aged 5 to 11. I have one very cool thing that I could offer to them: a Nintendo Switch. I thought it would be a great thing to share with them and would make me the coolest uncle. It has not worked out that way.

All four of the kids enjoy games, but my two nephews are the most obsessed. Earlier this year, my sister bought them an Xbox, which allowed me to win some serious Cool Uncle Points when I introduced the kids to some of my favourite age-appropriate games, like Spelunky and Rocket League. Everything was going great, until the Xbox broke.

Since then, my nephews have been playing Roblox and Minecraft on their iPads, but they haven’t been able to play many other games. I thought they’d be really excited to get to play with my Switch. I even bought a copy of Mario Kart ahead of the trip so we could have something to play together.

For a while, it worked. The kids did ok with sharing Mario Kart, even though I only have two Switch controllers and there are four kids. When the shine started to wear off of Mario Kart, I got them into Downwell and my sister wasn’t even mad that it involves a bit of shooting (she doesn’t want them playing violent games).

I had to steer them away from Nuclear Throne and Broforce without telling them the games are full of blood and gore, which would only make them want to play them more. The kids also aren’t allowed to see Fortnite, per my sister’s orders, so I had to find a few minutes to hide with my Switch in a corner to watch Saturday’s robot-versus-monster battle.

My littlest nephew, who’s five, tried to play Breath of the Wild but lost interest after I wouldn’t let him start a new game and destroy my save progress. I downloaded the demos of Pokemon Let’s Go and Yoshi’s Crafted World and I repeatedly explained why we couldn’t buy every $80 game on the eShop. Mostly, though, they enjoyed what my Switch had to offer, despite these limitations.

Then I decided to buy them Boxboy + Boxgirl. That went very wrong.

I thought Boxboy + Boxgirl would be the perfect game for them to play together. I’d seen our editor-in-chief play it, and it looked simple enough for the five-year-old but challenging enough to intrigue my ten-year-old nephew as well. And it was, for a little while. But a game that involves cooperating to solve spatial puzzles is a recipe for disaster even for adults, not to mention kids who have short fuses and are hyped up on getting to play a new system.

They started to knock each other off the levels on purpose, which was all in good fun until it led to arguments, which led to further in-game sabotage. The littlest struggled to solve the puzzles, and the older one got frustrated explaining the solution over and over. My nieces wanted to play too, and trying to figure out how to share became a puzzle in its own right, one that mostly ended in screaming.

My sister had to take the Switch away more than once, which then necessitated me hiding it while fending off repeated questions of “can I play with the Switch now?” I spent the morning sitting in front of the drawer the Switch is hidden in while my littlest nephew eyed me shrewdly and tried to figure out the best way to trick me into giving it back.

At this point, I feel bad about having brought my Switch with me. My dreams of being piled up with the kids on the couch, laughing and cheering to Mario Kart, have been replaced by harsh reality: screaming, crying, resentment and hurt feelings. I even apologised to my sister for bringing the Switch. She said she doesn’t mind and, somehow, she is still glad I brought it.

The whole situation has given me a lot more compassion for what it means to be a parent. The age differences between all her kids makes it hard to find activities they can do together, and while the older ones are mature enough to know the younger ones act the way they do because of their age, they’re also not quite old enough to keep from totally losing their cool and making any disagreement worse. The Switch has highlighted some of the stresses that come with having a family, and I really admire my sister’s patience with how many people and feelings she’s responsible for mediating every day.

Of course, it hasn’t all been bad. It’s been really cool to talk to the kids about games. They’re very impressed with my job, even if they don’t understand that I don’t actually make video games. We’ve had a lot of fun playing Mario Kart. It’s been cute to watch my little nephew go on about expert strategies that he has completely invented. He’s especially proud that we’ve gotten so many trophies in Boxboy + Boxgirl because we used so many blocks.

OK, actually, we haven’t earned any trophies, and he’s mistaken. I can’t get him to understand that you get the trophies for using fewer blocks, not more, and that he’s just seeing pictures of the trophies rather than earning them, but honestly, I like his version better. Since he can’t read, I’ve gotten to completely invent the story of Hollow Knight every time we talk to a character, which is a lot more fun than whatever the game is actually about.

We’ve also gotten to have lots of non-video game fun: my oldest nephew taught me how to make paper aeroplanes that don’t suck, my littlest niece sang all of The Greatest Showman to me, and I got to see my oldest niece compete in a barrel race. I live alone, so it’s been nice to get to be part of a family, even when it’s overwhelming.

Writing this article has taken about ten times longer than it should have, as kids keep running over to ask where the Switch is, but they’ve also come over to tell me things they’re thinking, show me a book or toy, and even tell me they’re glad I’m here.

I’m not sure if my sister will buy the kids their own Switch, though she’s told them she will if they help out around the house. The littlest two are currently cleaning up the playroom, with the older one coaching the younger one through doing the best job they can. Sure, it’s all in service of getting a Switch, but they’re getting along and making my sister’s life a little easier. We’ll see how long that lasts.