Earlier today, my Kotaku coworker Heather Alexandra posted what I am sure was expansion. An ending that I’m still a level and a half and a whole bunch of quests away from experiencing. I am so damn jealous.

It’s not just Heather. It’s Heather and the countless other players who’ve managed to get ahead of me since Shadowbringers‘ launch. It’s the people in my Free Company who hint at the cool things I haven’t seen yet (looking at you, Syg). It’s the people running by me in-game who are level 80 to my level 78. It’s folks on Twitter who respond to my screenshot tweets with posts like, “Oh neat, you’re getting near the end,” Brant.

I don’t hate these people. I could never hate them. We’re all playing and enjoying the same game. They’re just playing it faster than I am. And that should stop, somehow. I haven’t quite figured it out yet. Maybe progression servers where no one can play more than two hours a day? That seems reasonable.

I don’t get jealous when others progress faster than I do through single-player games. Hell, I never finished The Last Of Us, and I’ve never once felt like throwing heavy things at people who have. But when I am surrounded by living, breathing evidence of my personal lag, I get testy. It looks like my little World of Warcraft gnome is running through Mechagon Island having the time of her life, but behind the keyboard, I am loudly cursing at people who’ve gotten new mounts and equipment before I have. 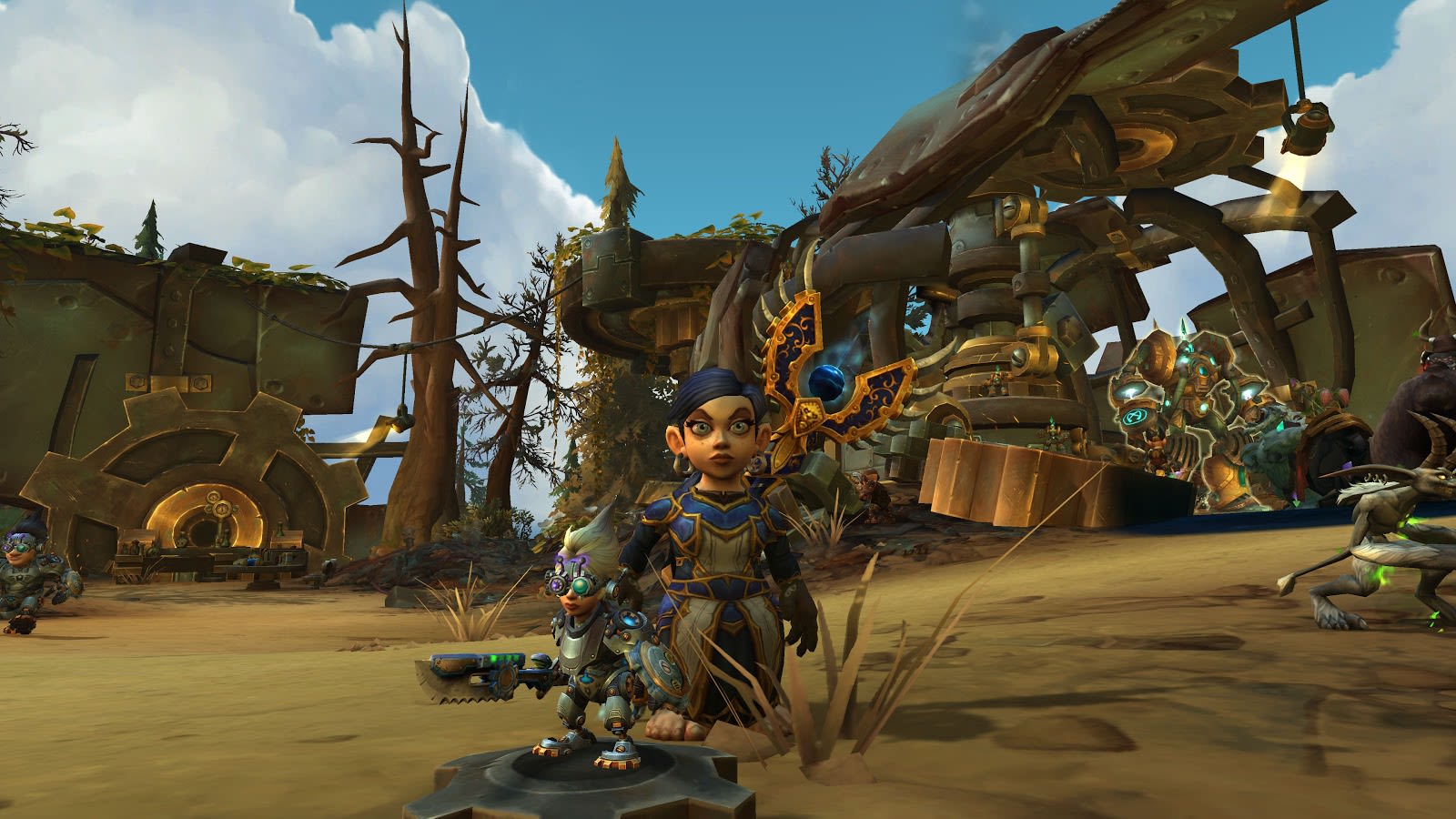 All that these poor people are guilty of is having more free time than I do. Maybe I should be happy that I have such a full life that I don’t have as much time to dedicate to a massively multiplayer online game. That seems healthier than combining curse words with body parts that don’t go together, calling players that can’t hear me things like “shit elbow” and “fuck neck”.

Ultimately, my anger and frustration is with myself, and it eventually subsides. In a week, I’ll have finished Final Fantasy XIV Shadowbringers‘ story, and I’ll stop wishing serious internet and/or power outages on my friends and co-workers. Love you, Heather.