I Don’t Like Sea Of Solitude, And I Feel Really Bad About It 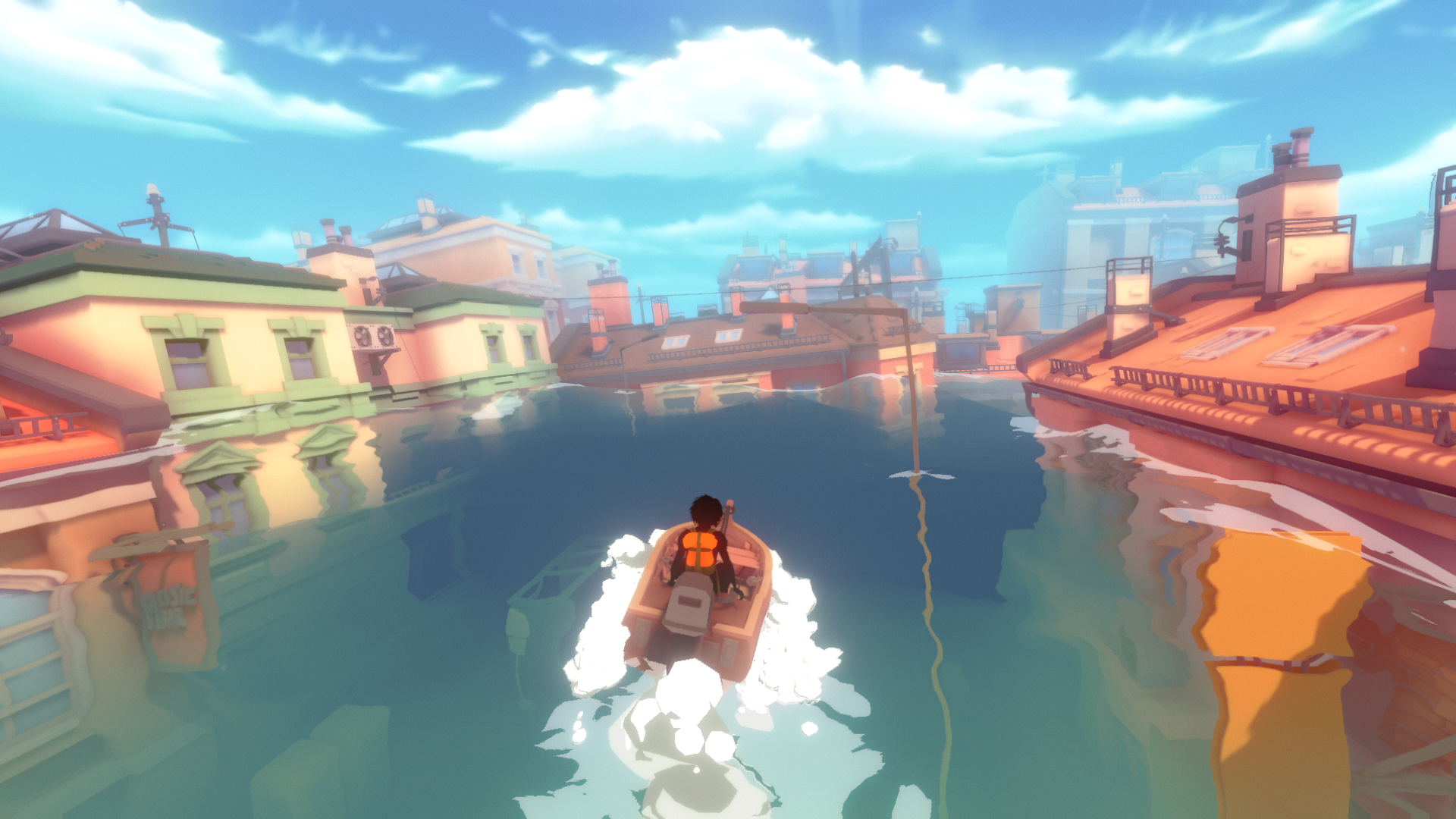 Sea of Solitude, a platforming exploration game published by Electronic Arts that came out July 5, tells the story of Kay, a young girl trapped in a watery world full of monsters. She travels the ruined world by boat, discovering where the monsters came from and why she looks like a monster too.

The monsters are quickly revealed to be metaphors in service of a deeper story about loneliness. Sea of Solitude is earnestly heartfelt and personal, which made me feel terrible for not enjoying playing it.

The game starts with a message from creative director Cornelia Geppert: “Sea of Solitude is a personal project about loneliness inspired by my own experiences and other real life stories. Kay’s journey is about what it means to be human and to live with all of life’s ups and downs.”

On the surface, Kay sails around a sunken version of Berlin encountering monsters. There’s one that pursues her. If she stays in the water for too long, it eats her in a grisly, Limbo-esque cutscene. Another monster with a hard shell taunts her and impedes her progress. Kay can slowly wear these monsters down by firing flares to find areas of “corruption,” which she can vacuum into her backpack to reveal glowing lights that can be used in various ways.

Kay discovers that she has close connections with some of these monsters and helps them through their issues, mostly by using her vacuum backpack. Along the way, she has revelations about herself and her relationships, culminating in the discovery of why she looks like a monster.

I didn’t find any of it that challenging or gripping. The most interesting moment, to me, was a platforming section set in a destroyed building full of gusting furnaces. It seemed to represent Kay’s father’s anger, and besides being just the right amount of challenging, the symbolism felt visceral and affecting: the groaning furnaces, the light and dark, the winding path through ruins.

Another section, in which Kay must avoid red-eyed demons representing her younger brother’s bullies, was heart-pounding but less moving. It was scary, but it also felt long and a little confusing. Children’s voices hissed, “We’re gonna kill you,” which felt overly dramatic. Were the bullies really going to kill another kid, or was it meant to represent how scary the situation must have felt to Kay’s brother? Either way, it didn’t work. The presence of collectibles—uninteresting messages in bottles and a charming but ultimately meaningless task of shooing seagulls—felt tacked on. The specificity of the experience with the monsters is clearly personal, but the sometimes overwrought and clumsy dialogue made it hard for me to feel very deeply for them.

The game’s art and music are beautiful, and the boat steers wonderfully (I love a good boat), but I just couldn’t get into the heart of the story. The game’s revelations felt too on-the-nose.

Sea of Solitude practically oozes with desperation to explain something to the player, to share emotions drawn from Geppert’s life. I felt terrible about how much of it left me cold. I felt even worse because I’d spent the day before writing about my own mental health and hoping other people would care—how was I not extending the same empathy to someone else?

Am I the monster? I actually asked myself at one point. Were the things that turned me off the game actually metaphors too, employed on purpose to teach me something about myself? I could tell what Sea of Solitude wanted me to feel, but I couldn’t make myself feel it. Was that the point?

Ultimately — and perhaps egotistically — the question about why I didn’t like it and what that said about me was the most moving story I found in the four hours I spent with the game.

A scroll through player responses and reviews showed me that I’m in the minority. A lot of people deeply connected with Sea of Solitude and took a lot from it, and that’s been evidently meaningful to Geppert and the rest of the team at Jo-Mei Games. Sea of Solitude just isn’t for me, but the game has me rushing to say “but that’s OK!” in a way I don’t think I would if it were a less personal work.

I want to defend the game because I want people to feel safe expressing intimate things about themselves, even if those things won’t resonate with everyone. But making something so personal can also make critique difficult, since liking or not liking it feels so much larger than just personal tastes.

I can appreciate what Sea of Solitude does well and be glad for the positive experiences other players have had, even if I didn’t have the same experience myself.