I Love Games About Bluffing (Or Do I?) 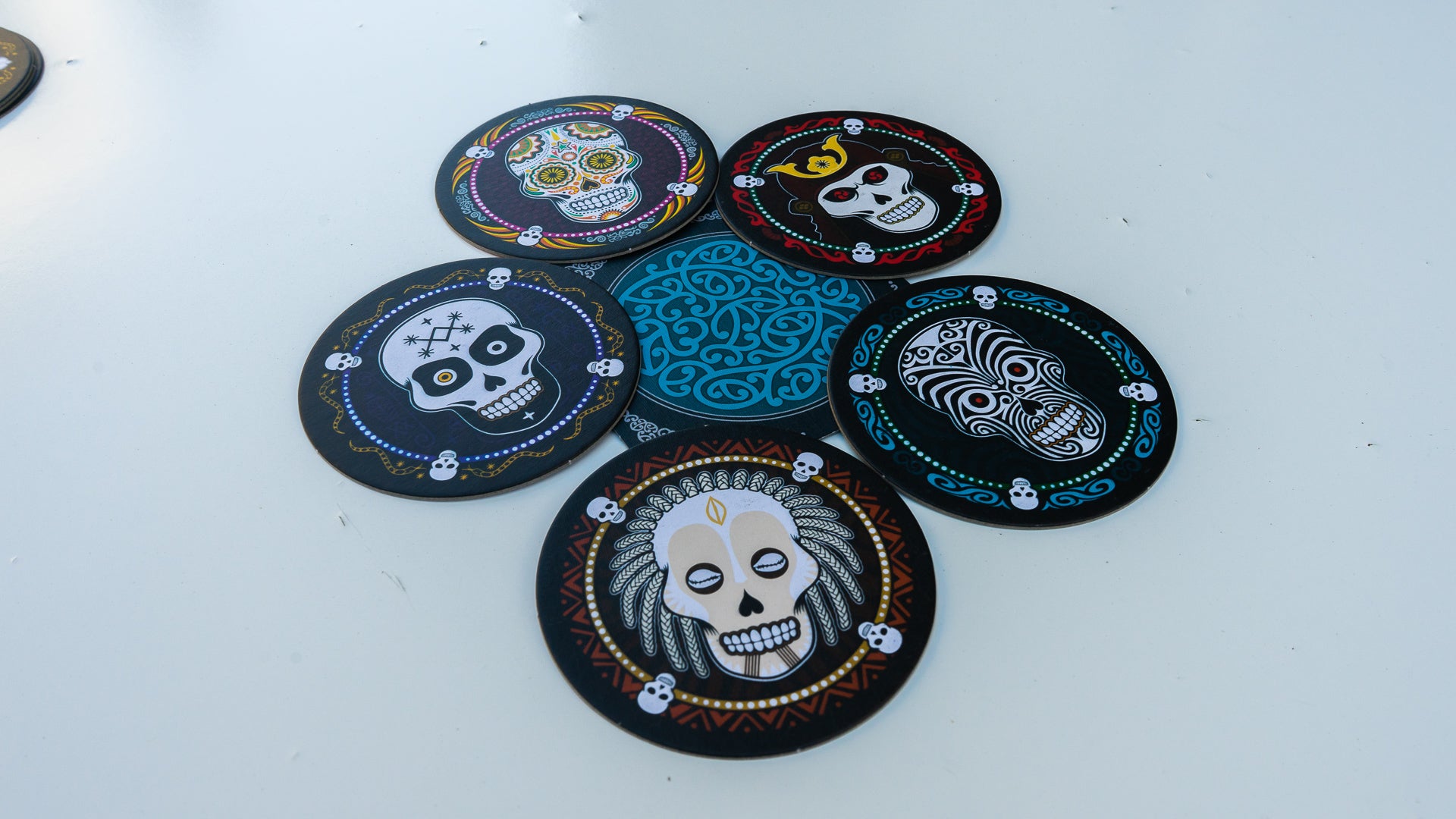 Photo: Alex Walker, <a href="https://www.kotaku.com.au/2019/07/skull-the-kotaku-australia-review-board-game/">Kotaku AU</a>
To sign up for our daily newsletter covering the latest news, features and reviews, head HERE. For a running feed of all our stories, follow us on Twitter HERE. Or you can bookmark the Kotaku Australia homepage to visit whenever you need a news fix.

I love games that involve bluffing, even though I can never tell when any of my friends are lying. This past weekend, my poker night buddies and I played a tabletop game called Skull, which involves bluffing. I didn’t win, perhaps because I have too much faith in my friends.

The apocryphal origin story of Skull is that biker gangs would play it to settle disputes without resorting to violence. You can easily play it with a set of bar coasters, as long as you have a pen. Each player gets four coasters, one of which has a skull drawn on it. Players place a coaster or coasters with the drawn-on side down. You then bluff (or be honest) by saying that you can turn over your own coaster(s) without revealing a skull. You can further decide whether or not you think other players’ coasters don’t have skulls.

You of course know whether or not you put down a skull, but the only way to tell who does and doesn’t have a skull is their body language and sense of confidence. If players don’t call your bluff and you reveal that you lied about whether or not you had a skull, or if you’re wrong about someone else lying, you lose the round.

Recently, I've been having a chat with a friend about pairing two excellent things: some of Sydney's finest breweries with board games. The discussion originally cropped up over a game of Test Match -- yes, the cricket board game. But if you're going to take any board game to a brewery, or a pub, Skull is perfect for the occasion.

Rounds are short and sweet. For example, in one of our early matches, my friend boasted that he could flip over three coasters without revealing a skull. No one was willing to challenge him. The result was that my friend had to reveal that he secretly had put down a skull coaster and was hoping someone would meet his challenge and fall into his trap. Since no one bit, he had to flip over his own skull and knock himself out of the game, which he did with a performative and hilarious flourish. We saw the skull and roared in delight at the contrast to his overconfidence a moment prior.

Meanwhile, I discovered that although I am OK at bluffing, I’m not very good at perceiving when other people are doing it. If my friend declared that they could easily flip over their own coasters without a skull being among them, I just believed them. I’d try to figure out if they were lying first, of course. I’d narrow my eyes, study their body language, and listen to their voice for any quaver, and yet none of that helped me. I’d still conclude, “You sound confident,” then flip over their skull and meet my proverbial death.

I have the same problem when we play poker. I can never tell when my friends are lying, perhaps because I don’t want to believe that they are, even when that’s the whole point of the game. More importantly, it’s a form of losing that I’ve discovered I can tolerate. If I lose because I believed the best in someone, is that really a loss? I’m still losing because of my own lack of skill, in theory, but really I’m losing because I believe in my friends.

I still had a fun time getting fooled by my own friends. I like to think that all of these Skull sessions (not to mention our poker games) are giving me more information about what my friends look like when they lie. Someday, that knowledge will pay off. In a game of Skull, obviously—they’d never lie to me at any other time, I’m sure. They’re my friends.