In Night Call, You’re A Taxi Driver Who Has To Find A Killer

There’s a serial killer on the loose in Paris. The taxi that you drive is running low on gas, the police detective in your back seat is strong-arming you into gathering information and if you don’t make rent, you’re gonna end up on the streets. This is Night Call, a slice-of-life mystery game that mixes noir investigating with a tireless nightly grind to earn enough to make ends meet.

In Night Call, which is out on PC, Nintendo Switch, and pretty much ever console you’d want, you play as a taxi driver who gets caught up in helping solve a mystery. There are a handful of scenarios to choose from, but they all have something in common: there’s a killer on the loose and you have to help find them.

As you drive around and take on fares, your additional goal is to learn more about Parisian nightlife and figure out how disparate characters are connected, solving the mystery and identifying the killer. Except you also need to do your damn job as a cabbie. Take the high-paying fares, pay for gas, make sure you can keep a roof over your head. Night Call is still a detective game but it’s a lot more like Richard Hofmeier’s classic 2013 simulation game Cart Life, which is all about working as a street vendor and staying financially afloat.

It’s an interesting mix of two genres, and while I don’t know if the charm will last, I’ve played enough of it to become interested in solving at least one case. 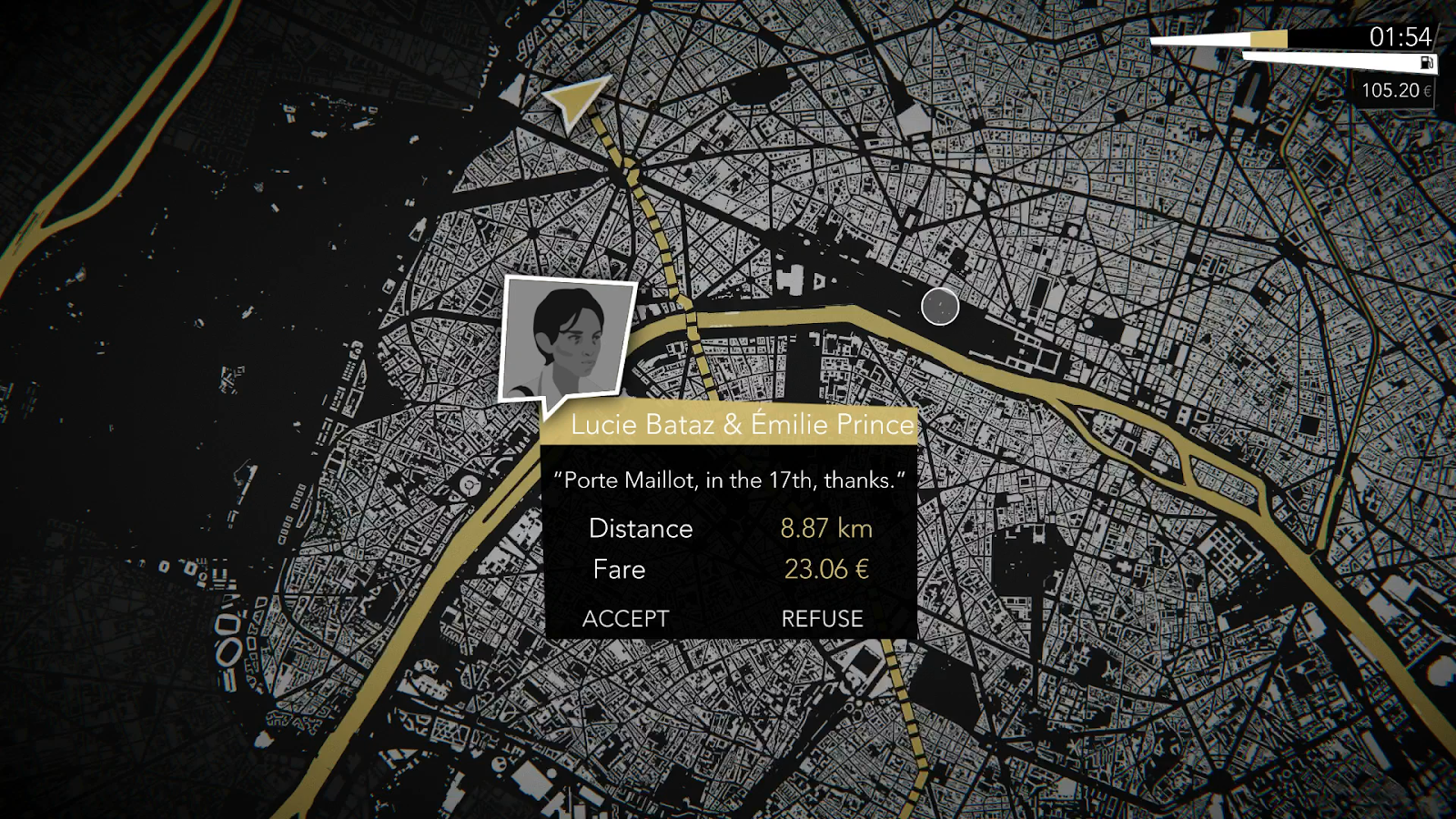 Night Call’s strength lies in how it mixes menial job management with interpersonal drama. After foolishly blowing cash on files from a shady informant that I had hoped would link the murders to an Argentinian junta, I got stuck picking fares specifically to make more money.

I’ve nodded quietly from the front seat as a reality TV star tried to explain to me that, no, they’re not really as racist as they appeared on the show. I’ve talked parenthood with two lesbian lovers shuttling off to meet sperm donors. There’s always something happening, and it reminds me of the story-telling of cyberpunk bartending game Valhalla. Balancing my desire to meet new people, learn more information, and avoid going broke has been a good time.

Night Call is moody and its central mystery has me interested. Its cast all have unique problems. But will these stories repeat? Will I circle the Parisian streets in a video gamey haze, renegotiating the same types of dialogue trees ad infinitum? I get the sense that the game may start to drag as the puzzle pieces take time to come together.

For now, Night Call is the sort of moody noir I love, but I can already tell that my time as a cabbie will be a one-off affair. Solve the case, stay afloat, call it a day. Once my curiosity is satisfied, I don’t think there will be a reason to come back.