It Sucks Being A Valet In GTA Online

The newly opened casino in Grand Theft Auto Online is a popular spot. Players are driving up to the casino constantly right now. Luckily for them, there is a valet working the front of the building. But being a valet in GTA Online is a dangerous job, especially if you are unarmed and out in the open. Since the casino opened, this poor valet has had what you might call a rough existence. Being killed, beaten, burned and trolled regularly.

Earlier this week, GTA Online’s long-awaited casino finally opened and players came rushing through the doors to gamble and chill with friends and strangers. But outside, not having any fun, players encountered a lonely valet. This man, wearing a red vest and black pants, was waiting there to park players’ cars. This feature is currently hard to use because the dude is always dead. It turns out, most players seem to see the man in the red vest as a target.

Almost immediately after the update launched, players began attacking the valet, including many players setting him on fire. They really like doing that.

But even on fire, the valet doesn’t quit working. Players have shared clips showing the valet doing his job, even while fully engulfed in red hot flames. That’s some dedication to your job.

When the valet is not being attacked or burned alive, he is getting trolled. Players will often bring in ridiculous vehicles and then ask the poor man to park it for them. Players have shown up in planes, helicopters, submarines and even a giant dump truck. Come on, folks. He can’t drive this stuff. Besides, where would he even park it? 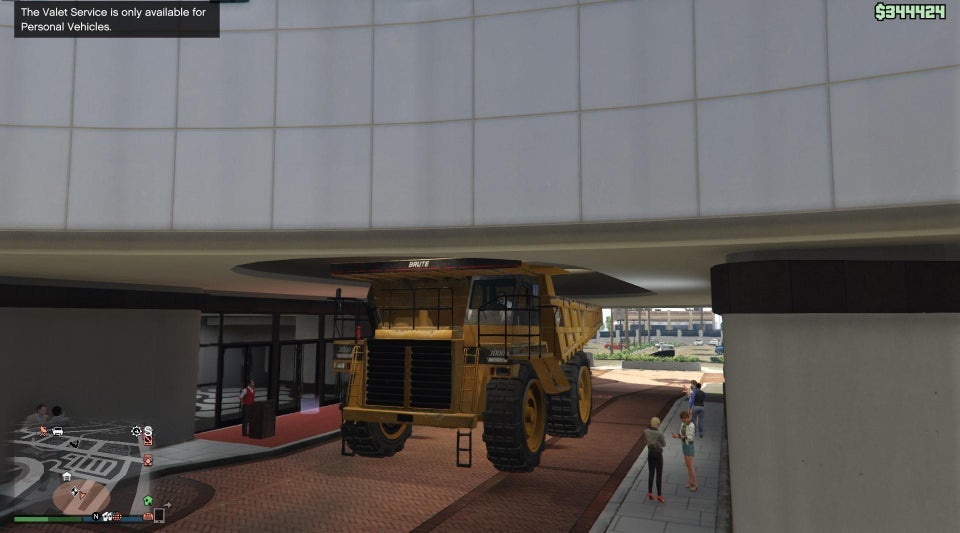 All this harassment and abuse has had an effect on the poor guy. Some players have noticed him freaking out for no reason or running away suddenly. Can you blame him? Every few minutes he is getting shot at or attacked. I’d start losing it too, under those circumstances.

As time goes on it seems he isn’t going to take all this punishment lying down. He is ready to fight back. Players who start a fistfight with the overworked valet might discover he has a mean hook and is ready to punch anyone who pushes him too much.

Another player discovered what happens when you drive too fast near the valet.

Because the valet is so often dead and nowhere to be found, some players have decided to put on the red vest themselves and jump online to take over the job. The current valet probably deserves a break anyways. Of course, players taking over the role quickly discovered just how deadly it can be to be a valet in Los Santos.

How does the valet keep coming back in GTA Online, day after day and death after death? Well, it seems this casino is cloning the poor guy. Though sometimes the cloning process gets out of control and because of this, players have sometimes pulled up to a casino sporting a dozen or more men in red vests. 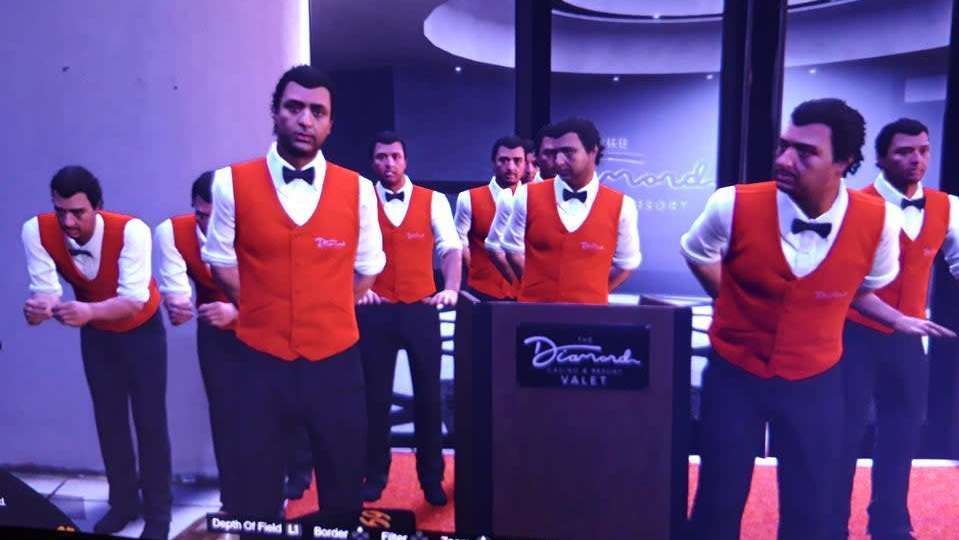 One day, if we all keep killing the bastards, they might finally snap and their clone army will destroy the world of GTA Online. So be careful and maybe give that poor guy in the red vest a break the next time you visit the casino to do some gambling. He has a rough life as it is.