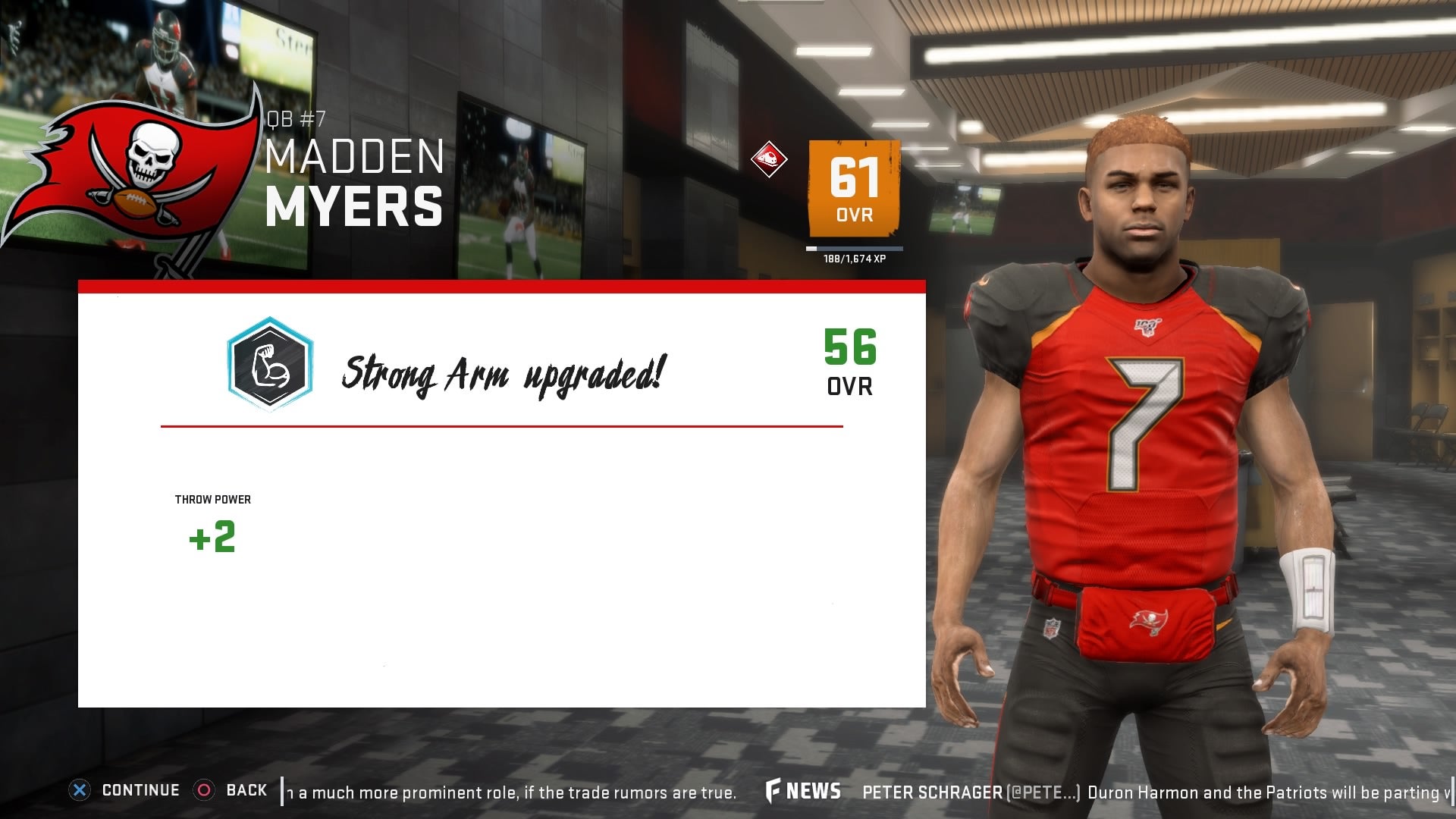 Madden 20’s new Face of the Franchise single-player mode lets you create a custom character and give them whatever name you want. I named my custom quarterback Madden Myers, because my actual name is Maddy Myers, and that’s the type of thing that I find funny. It was great to hear the in-game NFL commentators say my name, even if they could only say “Myers,” and even if the game’s other characters couldn’t manage to say it.

Previous Madden story modes all starred a fictional quarterback named Devin Wade. All of the voiceover and live-action segments could say his name, since it was always the same. Names for custom-made characters in Franchise mode were a different story.

Sometimes in Madden games, including previous entrant Madden 19, commentators have been able to pronounce only a few of the last names given to player-created characters in Franchise mode. It helps if your character shares the same last name as a real-life football player, since the commentators know those names, although they still don’t always say them aloud every time they call plays.

I have a last name that’s shared by a few former NFL players and even by one current Seahawks kicker, Jason Myers. I didn’t really care about the in-game commentators saying my last name as much as them being able to pronounce the name of the character that I’d created, simply because it was freakin’ cool.

Having my character’s name written in chyrons all over the screen during every game, and hearing his last name actually said aloud every few minutes by the commentators, did make me feel like he was a real guy in the real-life NFL.

It also, unfortunately, made it all the more obvious when other characters didn’t say his name aloud. Similar to previous Madden story modes, Face of the Franchise includes several live action cut-aways to the real-life football talk show Good Morning Football.

The hosts of the show have recorded special segments for Madden 20, during which they talk about your character winning games, losing games, and so on. There are only a few of these segments, and they’re pretty limited, but they add more realism to proceedings. However, the Good Morning Football hosts never say your name, which comes off really strange.

Since these are live-action segments, there’s no way these hosts could say a player-created name, which would have required gazillions of takes. But there are other problems. The hosts can’t even show a picture of your player on the screen, because he’s animated and they’re not, which might look weird.

As a result, they just talk vaguely about some quarterback without ever saying his name, showing a picture of him, or even saying which team he’s on. It’s like they’re playing a game of Taboo but with just one specific football player.

With previous Madden story modes, this wasn’t an issue in the Good Morning Football segments. Everyone knew player-character Devin Wade’s name in the game, so they could say it aloud in normal conversation and commentary.

Face of the Franchise, by having a customisable protagonist, almost kept that realism intact by including commenters who just so happened to be able to say the name I’d chosen. If only they could have said my first name, though.

I mean, they should be able to pronounce Madden.