Let’s Talk About The Ending Of The Predator, Shall We?

Whether you loved or hated Shane Black’s new film, The Predator, you probably walked out and immediately wanted to talk about that ending. Yes, it’s bonkers. It’s out of left field. And we’re here for you.

Obviously, don’t read below if you haven’t seen the movie. We’re about to ruin it.

At the end of the film, the government has recovered the mysterious pod they believe the main Predator was bringing to Earth to help save humanity. It slowly opens to reveal what Rory (Jacob Tremblay) calls “a Predator Killer,” a gauntlet that, when worn, transforms into a Predator suit that seemingly makes a human into a Predator. Kind of like an Iron Man suit. “What is that?” a scientist asks. “That’s my suit,” Quinn (Boyd Holbrook) says. “I hope it comes in a 42 long.” End of movie. 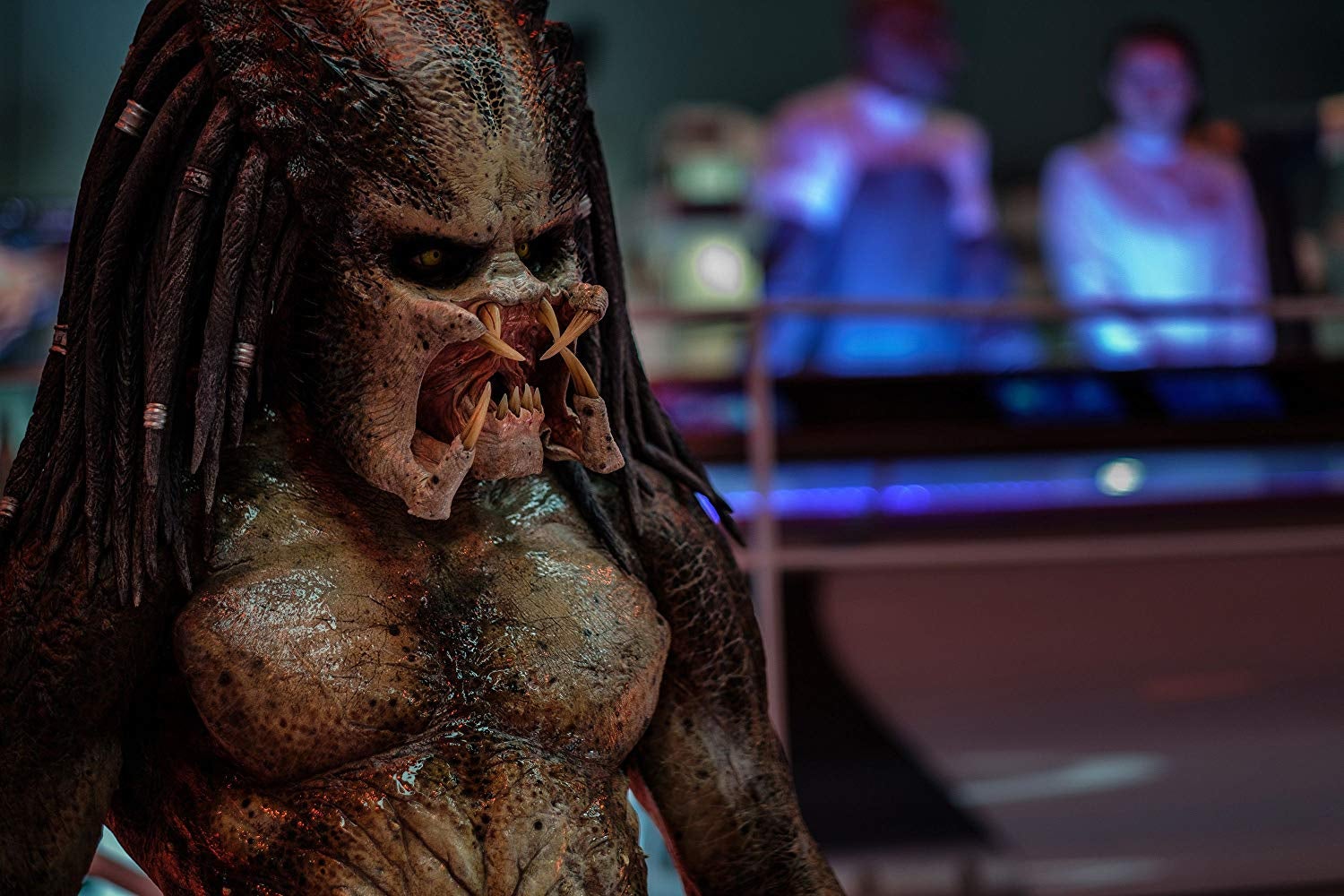 This guy brought hope to humanity, why is he killing everyone? (Photo: Fox)

Now, if a sequel actually gets made, that ending gives us a fairly good idea of what could happen next. Humanity now has a suit that would help them battle any Predators who come to Earth to take it over. So maybe it’s as simple as that. Maybe the suit even allows that person to travel to the Predator planet. Maybe the result is a massive war, some kind of one on one hundred scenario. Either way, the suit clearly teases a very action-packed, violent continuation of the story. Which is fine but doesn’t really mesh with everything else we’ve seen in the film.

First and foremost, The Predator makes a huge deal that the aliens want to take over the Earth because of climate change. The idea is Earth is heating up, eventually rendering it inhabitable, and their species thrives in that kind of environment. So, unless this suit kills predators and also repairs the ozone, it’s not going to do anything except delay the inevitable. Even if a billion Predators come to earth and this suit magically defeats them all, the climate is still going to kill everyone.

Knowing that, why does the Ultimate Predator even care about it? We’re led to believe (at least I think we are, the movie is very confusing) the Ultimate Predator comes to Earth to kill the first Predator for A) betraying their race, B) stealing the suit, C) bringing it to Earth for the humans. Let’s forget the question of why the first Predator does this at all because it’s a whole other article. (When he wakes up he starts killing humans which is a weird way to treat a species you may have been trying to save).

What we definitely know is the Ultimate Predator does not want humanity to have this suit. Fine. But, again, if climate change is just going to kill everyone anyway, can’t the Predators just wait it out? With the suit, without the suit, humans will just wither away in a few generations anyway. Let them suck on that suit as they boil in their skins. 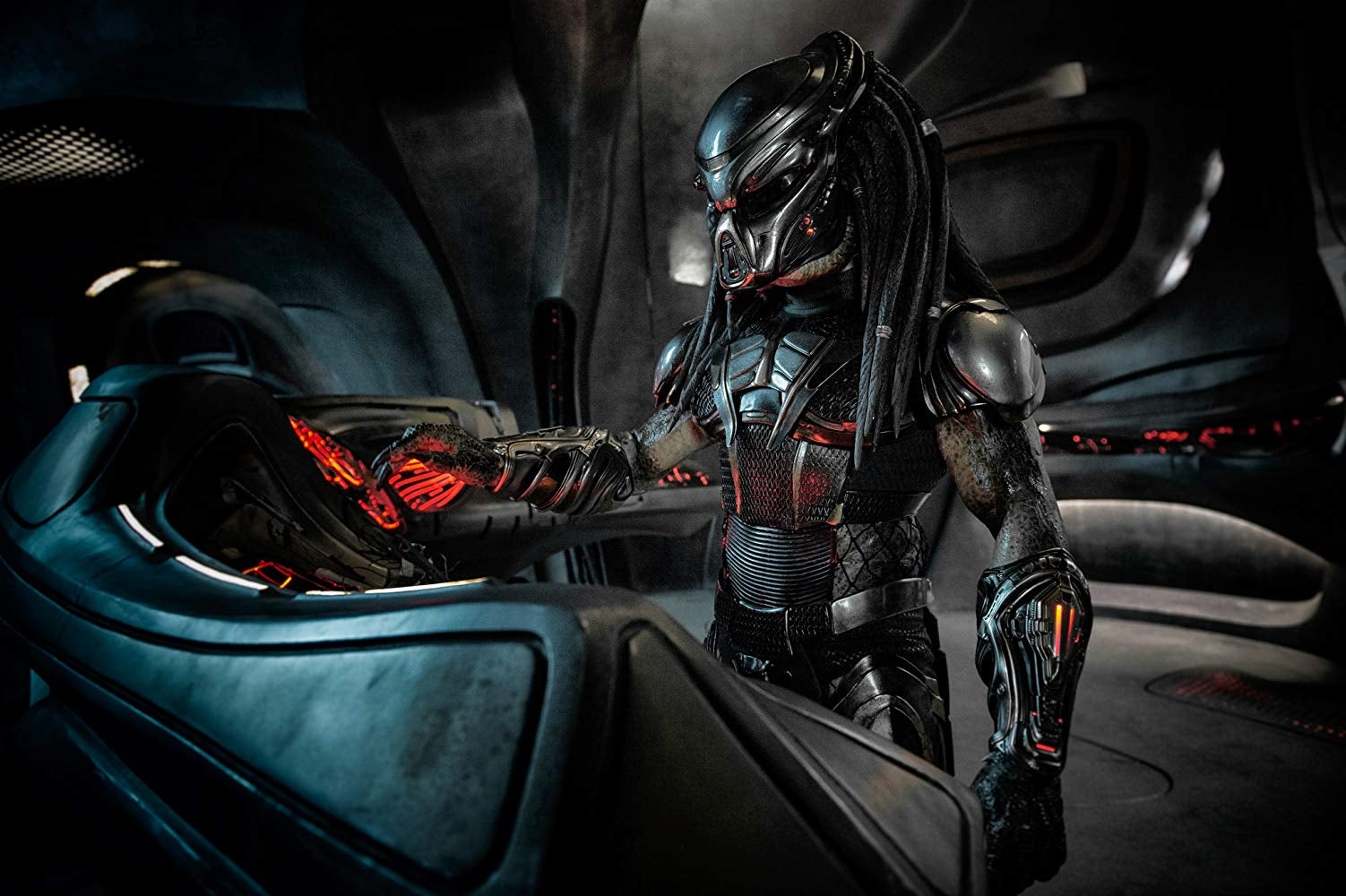 Then there’s the flip side. I can’t be the only one who was expecting something else when that pod opened. My first idea from all the climate change talk was some kind of seed or tech that could help save the environment. Then I thought, maybe it was Arnold Schwarzenegger in there. Which would have been sick (and, rumour has it, was the original scripted ending of the movie which Arnold didn’t want to do).

Finally, when Rory called it a “Predator killer,” instantly the pod design looked more H.R. Giger-like and I was sure a xenomorph was going to pop out, ready to kill any Predators that come its way. Alien vs. Predator 3!

But no, it’s a suit. Which is just so damn weird. It’s almost like there was some kind of explanation or justification in the film at some point but it was either cut or happened so fast, I just straight up missed it. Which, as we know, is possible with this movie.

Anyway, even though we didn’t love The Predator or its ending, we hope there’s room for the franchise and characters to move forward, even if it does revolve around this dumb suit.