A lot of the Mario Maker levels that go viral are pretty universally deranged. They’re usually levels made in the “kaizo” style, impossibly hard courses for expert-level Mario players to speedrun. It’s easy to see why these are widely shared online: We like spectacle. Mario games are easy to parse — a tiny plumber is running from left to right, and wow, all this stuff is sure trying to kill him!

“Master Negotiator” is nothing like that. Its description, by creator Nick Fox, reads: “Negotiate with the goomba, be patient.” As far as viral Mario Maker levels go, it’s not terribly exciting. You start in front of two doors. One’s locked and leads to your goal, the other is open and leads into a house. Inside the house, there’s a Goomba shuffling back and forth on one end of a makeshift table. “Sit down” with the Goomba long enough, and he’ll eventually give you the key you need to finish.

Mario Maker 2 is a blessing pic.twitter.com/Yq0ErKOOGY

I love “Master Negotiator,” not because it’s terribly fun to play — you just sit there for a little less than a minute and wait for a key to pop up — but because it’s fun to think about. I found out about it via a viral Tweet, which seems fitting, since the level feels a lot like a Tweet or a forum post.

It’s slyly funny, but in a way that invites you to riff on it. Is Mario in fact a “master negotiator?” What was the Goomba’s crime? Why does he have that key, and what will Mario find on the other side? What if Mario just went full Vic Mackey and dropped a phone book in front of that table? The Mushroom Kingdom’s got a dark underbelly, and there’s only one plumber who knows what really lurks in those pipes.

Levels like this don’t really engage with Super Mario Maker 2, the game on your Nintendo Switch. They’re more interested in Super Mario Maker 2, the internet phenomenon where we all gawk at what’s made with this public set of tools for doing weird shit to a plumber who is down for anything as long as it involves running and/or jumping. It’s Mario-as-meme, a joke that needs people to fuel it, make it weirder, and pull it further and further from context. 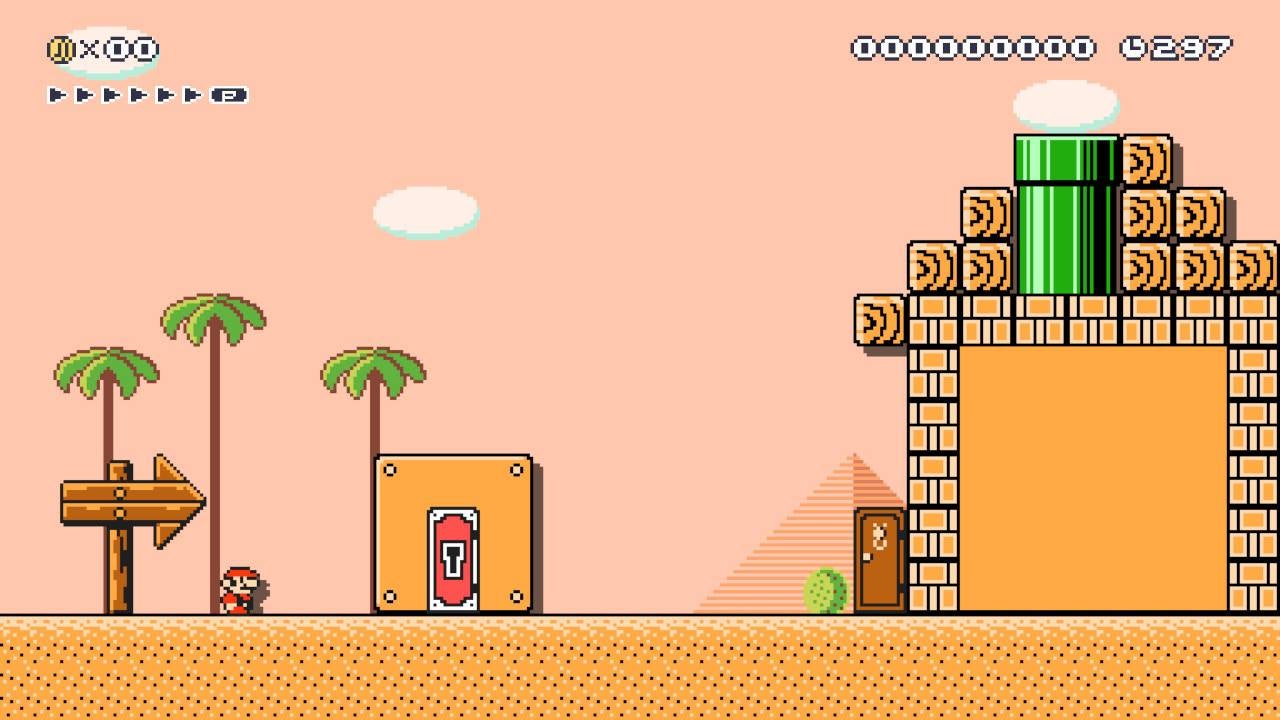 It doesn’t really matter that “Master Negotiator” is, according to most notions of game design, fundamentally broken. If you kill the Goomba, you can’t get the key, and there’s no way to win. If you jump over the house instead of going in it and land on the other side, you’ll be stuck, unable to jump back the way you came. And once you’re in the house, you’re not really interacting with anything, you’re just waiting out a clock.

What matters is that, with just a few words and a screenshot, you get a joke, and then you try to make it your own. You tweet and post and share. You make a Mario, but with hundreds of others, and only one of them needed a Switch.