I was at the grocery store this week with my girlfriend. We were buying some food and drinks for the upcoming week. I also was feeling sick and was in a fuzzy state of mind. When we got to the self-checkout I noticed something in the fridges near the checkout area. Inside was all the flavours of Mountain Dew Amp Game Fuel, an energy drink marketed to “gamers.” It was released earlier this year. In the haze of feeling ill, I decided to purchase a can of the stuff and review it.

This was a mistake.

One of the big appeals of Game Fuel is the lid. It is a strange looking plastic cap that seems bolted onto the top of the can. This lid allows consumers to reseal the can after getting a few sips. I guess the idea is that this makes it more valuable to gamers who might need to take sips between rounds of multiplayer action. But I don’t really understand how this lid is any different than a drink with a cap? You could also just sit down your normal and non-resealable can between matches. But what do I know, maybe this is popular?

Actually, I know jack shit about what people want because as it turns out Game Fuel is selling incredibly well. In fact, the drink is so popular that the PepsiCo is having troubles keeping up with the demand. The problem? That fancy lid. It is hard to make and they are running short of them frequently.

After buying the drink and having my girlfriend help me snap some photos of the can, I finally had to open and drink this thing.

This proved harder than expected. There is a tutorial printed on the can, but it didn’t help make it any easier.

That fancy resealable lid is a real pain in the arse to open. The directions are simple, but actually getting it to pop open was annoying and felt poorly designed for people with bigger hands or fingers. After struggling for far too long, I finally got it to pop open and my hand was covered in Game Fuel. It wasn’t a great experience. And then I finally tasted Game Fuel.

I should say before I explain how awful this stuff tastes, that I drink a lot of energy drinks and used to drink a lot of soda. I like Mountain Dew, even if I avoid it these days to save my teeth. I even liked some of the Game Fuel flavours that existed years ago. I also have enjoyed Mountain Dew Kickstart and Black Label. I say all this to assure you that I am very well acquainted to overly sweet, sort of bitter and a little too dry sodas and soft drinks.

But MTN DEW AMP GAME FUEL (That’s its actual name) is so bad. Folks, it is really, really awful shit. I would describe the flavour as cheap grape juice mixed with flat, watered down Mountain Dew. You really need to like grape to enjoy this drink. It taste so powerfully of grapes that I physically recoiled after my first sip. Checking the ingredients, I saw that grape juice was listed as one of the first ingredients. Why? Is this what gamers want? Bad grape juice with caffeine and 40 per cent of your daily sugar intake?

My girlfriend tried it and hated it too. I let my cat sniff it and the poor thing ran away and hid. I hope he’s ok.

I couldn’t even finish it. I drank about half of it and gave up. 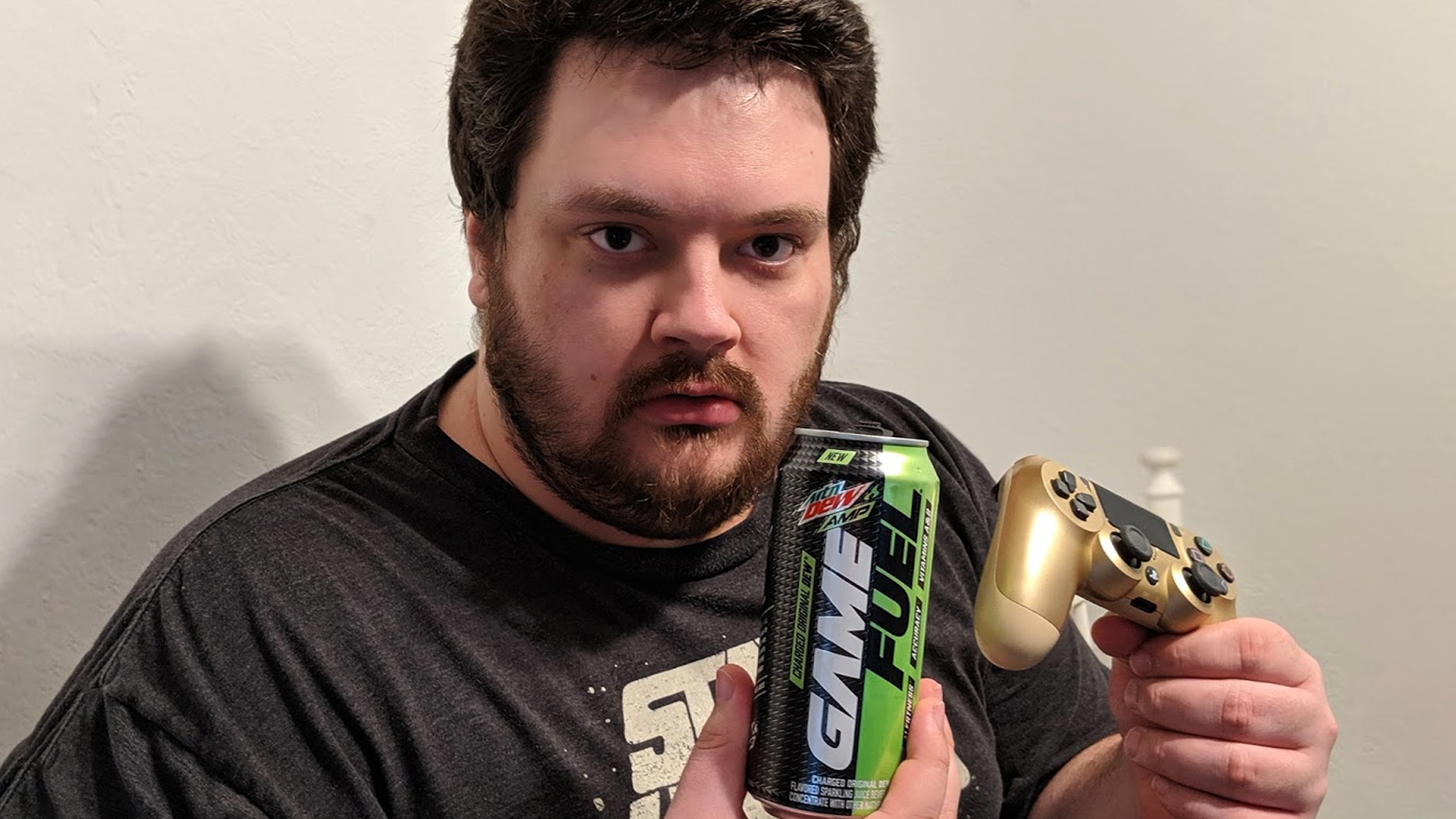 The face of a man who is ill, but who also loves video games and drank too much MTN DEW Amp Game Fuel.

After drinking some of this stuff, I decided to test out the claims that it will help gamers play better. I loaded up some Dr. Mario World on my phone and quickly lost 3 matches in a row. Maybe I needed to drink the whole can to really get the gaming boost it claims?

There are other flavours of MTN DEW AMP GAME FUEL beyond the original version that I purchased. I assume those taste better. They can’t taste much worse.

Editor’s Note: While Mountain Dew Amp Game Fuel is not ‘officially’ available in Australia, you can purchase it online from a variety of resellers. If, y’know, feet-tasting juice is your kind of thing.