Split keyboards are great for gaming. Being able to position two halves of a keyboard in any direction means the user’s hands can rest in a more natural position while typing. Since many PC games focus on the left side of the keyboard, leaving the right hand free for a mouse, being able to push the right side away and just use the left side and a mouse means more room to play.

You can even stick a joystick between the halves. Or put your microphone in there. If you’re gaming on a laptop, you can have a real mechanical keyboard on either side. There are so many good reasons to go split. 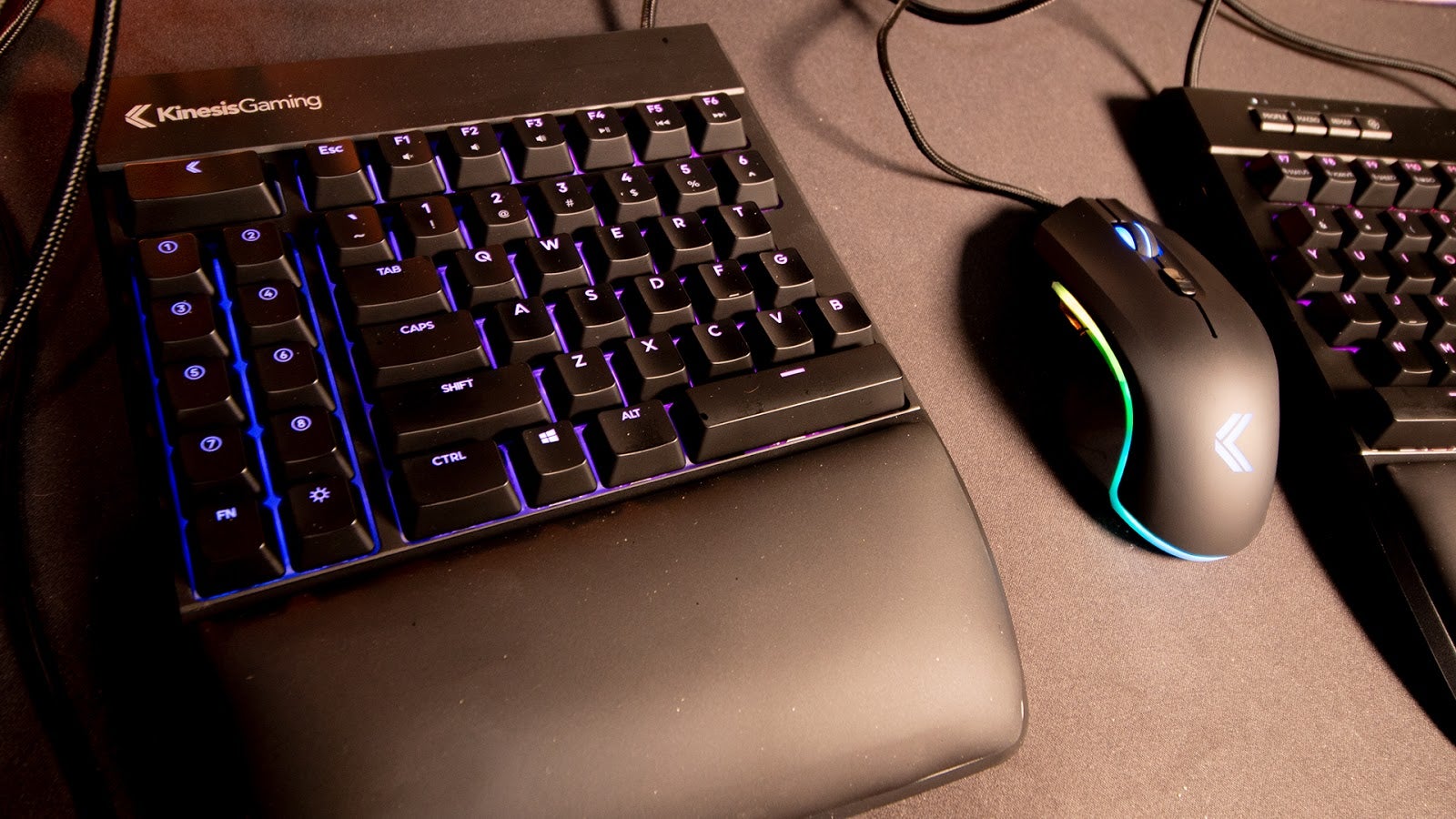 The Kinesis Freestyle Edge and now the Edge RGB make moving from a normal keyboard to a split device easy. Many split keyboards, like the popular Ergodox, play with alternative key layouts. The Freestyle Edge is a normal keyboard cut in half. Everything is where you’d expect it to be, just with a gap. If you’re the sort of typist who lets your fingers wander to the incorrect sides of the keyboard, the Kinesis Edge will put a stop to that. 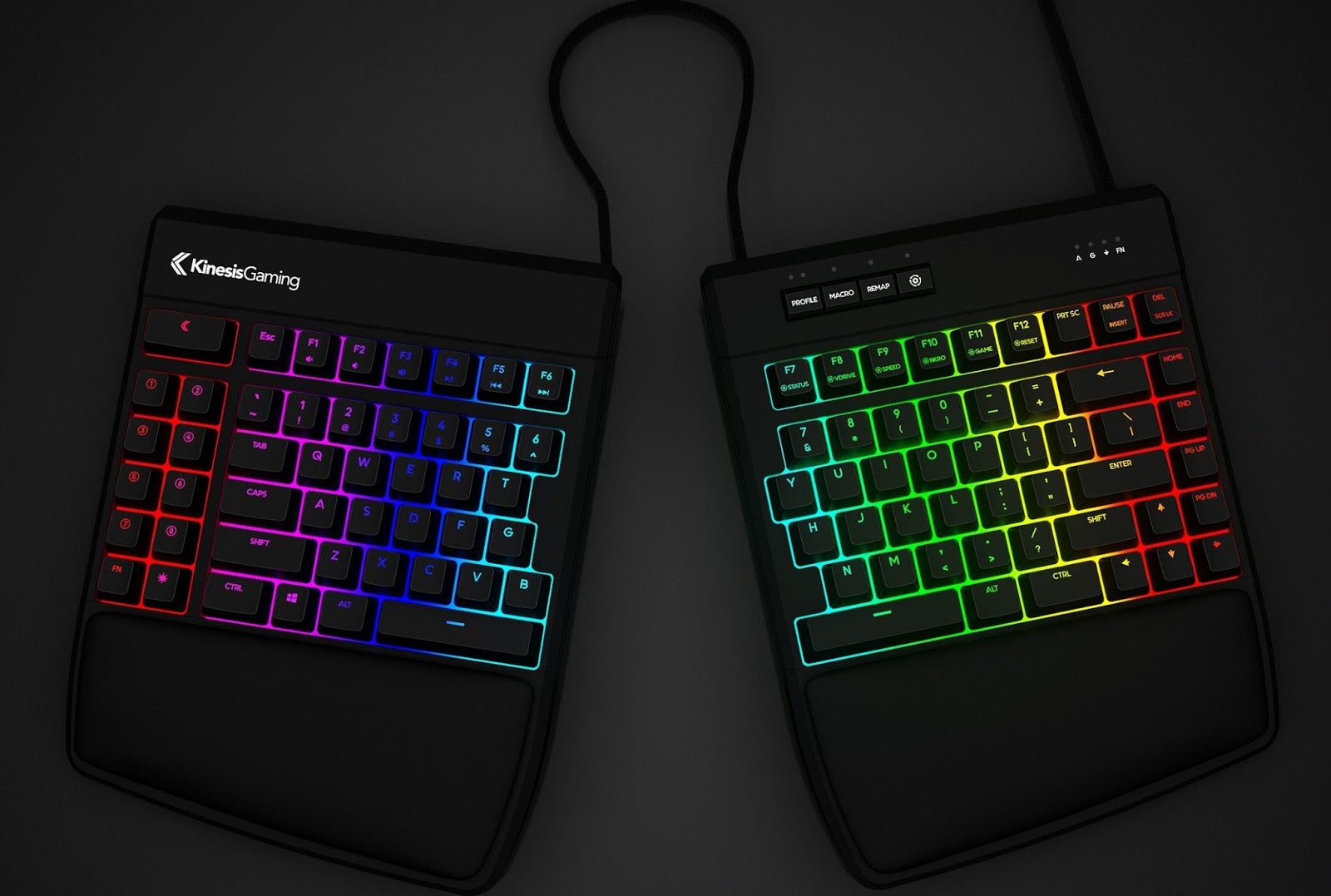 What makes the Freestyle Edge RGB a gaming keyboard? Why, the lights, of course. Look at those rainbows flowing across those letters and numbers. That’s what gaming keyboards are all about. Also, it has on-the-fly macro recording and is capable of storing nine different keyboard profiles on 4 MB of onboard memory. We’re talking really complex macros here, with up to 250 actions per second (which, come on, that’s pretty much cheating). Users can set up button delays or create special responses for when buttons are held.

There are eight dedicated macro buttons on the left side of the keyboard. I’ve set up two of mine to be “lock” keys that I can tap to shift my number row to activate different sections of my Final Fantasy XIV hot bar. I used to have to hold down the control key for my Dancer’s multi-target rotation. Now I can just tap a key once, perform my area of effect attacks and tap the key again to shift back to single target. It’s mighty convenient. 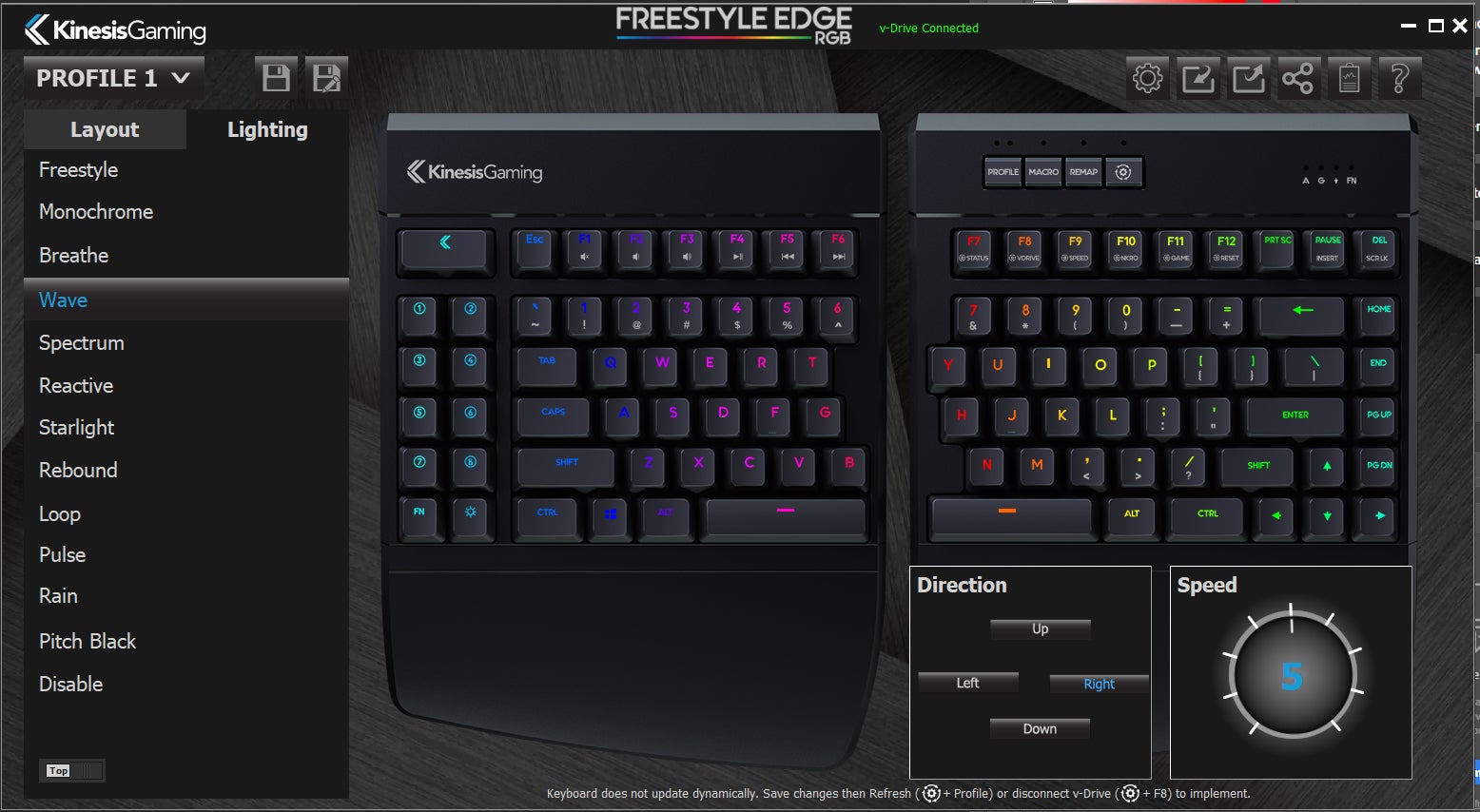 (Macro and layout programming can be done either on the keyboard or in the Freestyle Edge RGB software.)

It’s all the functionality I loved in the original Freestyle Edge but now with all the rainbows I crave. Plus, the RBG version comes with a new cushioned wrist wrest—the original version was just plastic—and it feels so good. Almost good enough to type with both halves flat on a desk, though I’d still recommend the optional lift kit, which is a $US25 ($36) accessory that lets users tilt the unit from the inside edges, giving it a more natural angle. 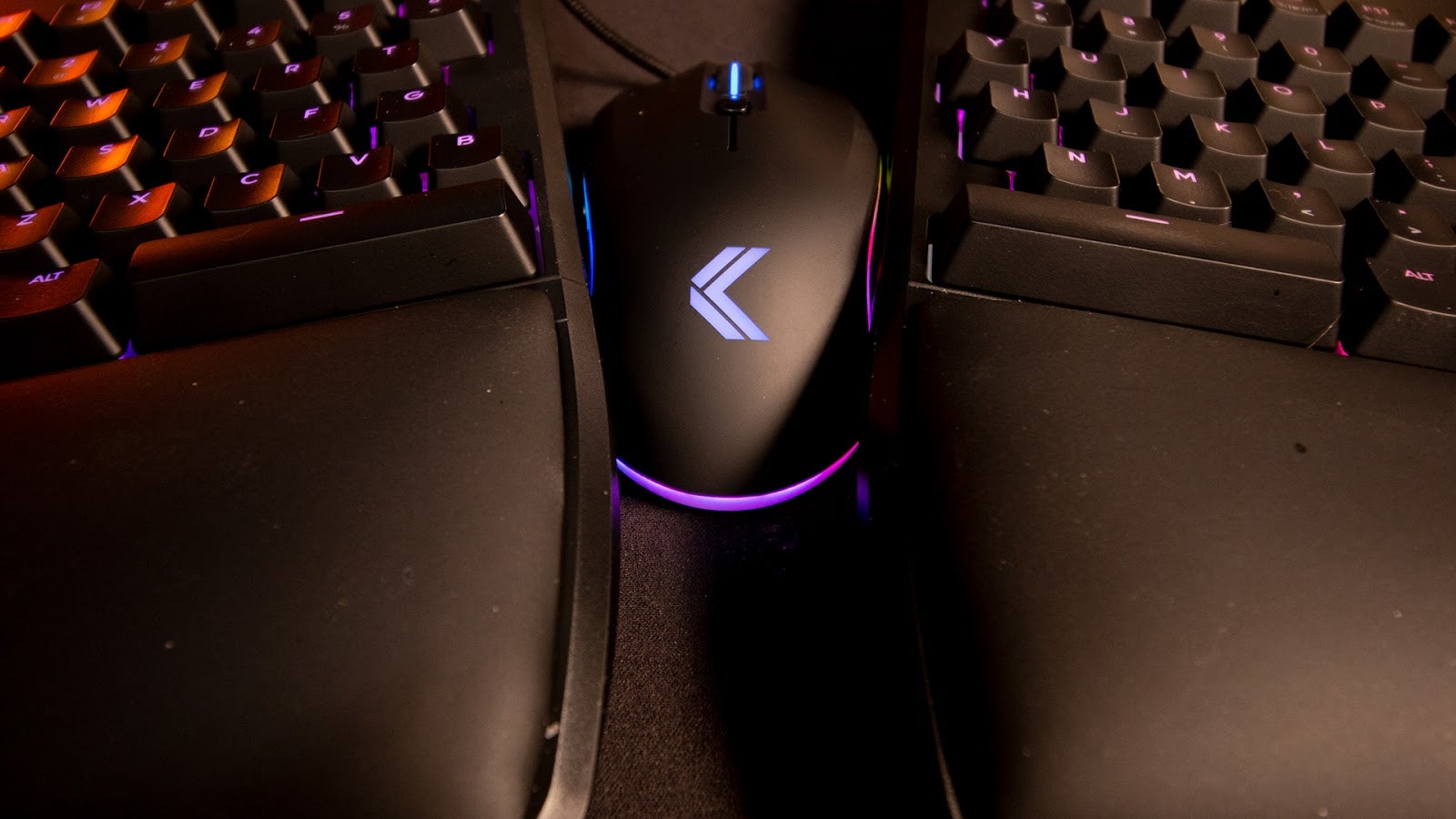 With the tilt kit, you can nestle the mouse between the two halves, which looks like… well, draw your own conclusions.

The Kinesis Freestyle Edge RGB is available at Kinesis’ online store for $US219 ($311) but it doesn’t currently ship to Australia (unless you make friends with ShopMate).

It comes with three different Cherry MX switch types, linear red, clicky blue or tactile brown. I am a brown man myself, living for that thunk, but it’s nice to have choices.