The competition took place today in New York City’s Arthur Ashe Stadium, with 50 teams from across North America East, West, Europe, Asia, Oceania, and Brazil facing off. NA East players Zayt and Saf led the standings through most of the finals’ six games, but Nyhrox and Aqua closed in after back-to-back wins in games 4 and 5, ultimately taking first place. 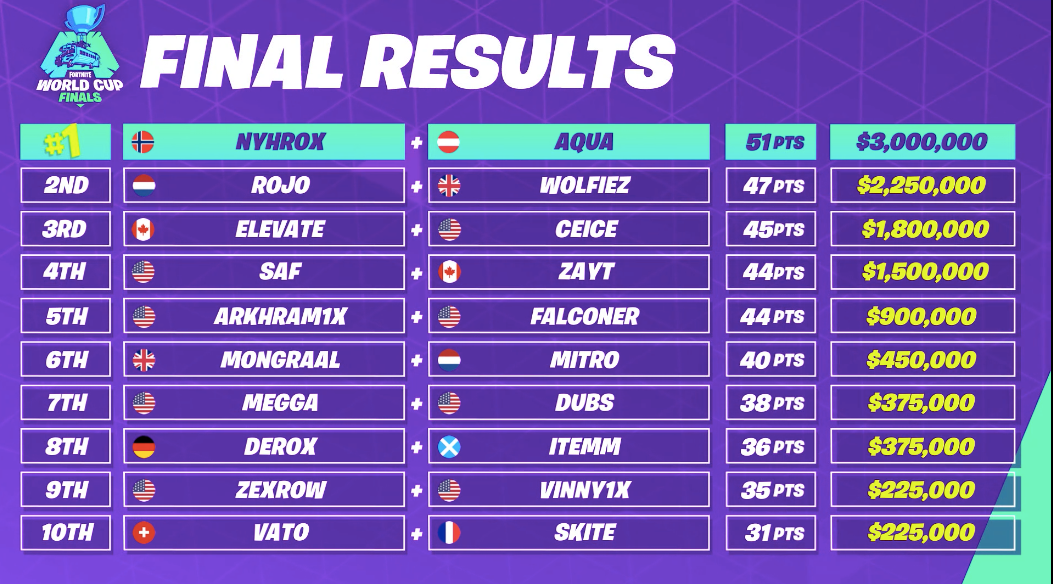 The Fortnite World Cup continues with the Solos finals.