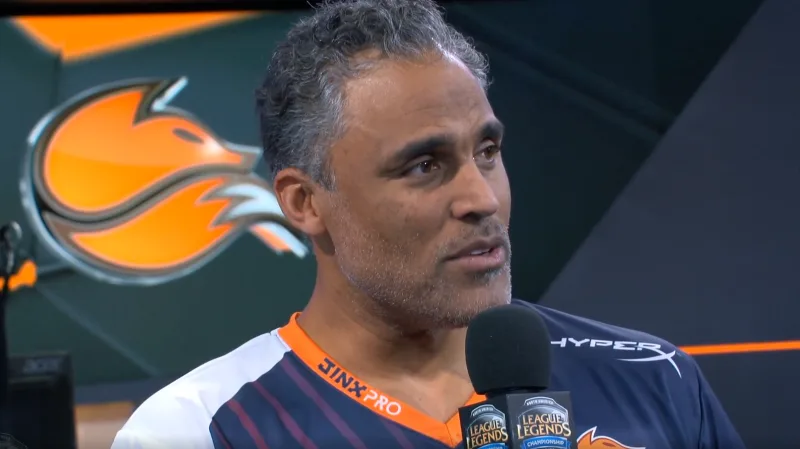 Screenshot: Riot Games (<a href="https://www.twitch.tv/videos/223042721?filter=all&sort=time">Twitch</a>)
To sign up for our daily newsletter covering the latest news, features and reviews, head HERE. For a running feed of all our stories, follow us on Twitter HERE. Or you can bookmark the Kotaku Australia homepage to visit whenever you need a news fix.

Back in May, League of Legends Championship Series commissioner Chris Greeley gave esports organisation Team Echo Fox an ultimatum: oust investor Amit Raizada over racist remarks he made in the past, or face consequences that could jeopardise Echo Fox’s future in the world of competitive League of Legends. The commissioner gave Echo Fox 60 days to fulfil those terms. Yesterday, that deadline was extended.

On Monday evening, Riot Games announced via the League of Legends Esports Twitter account that the deadline for action had been pushed back until the following week. “On May 15, the LCS directed Echo Fox to take appropriate corrective action within 60 days to remove those individuals whose actions have violated League rules and agreements,” the company said. “Based on our ongoing discussions with Echo Fox, we are extending our deadline for compliance by 7 days.”

Neither Riot nor Echo Fox have yet responded to a request for comment.

Raizada’s behaviour, which included calling another Echo Fox business partner the n-word, originally came to light in an April 25 report by Richard Lewis at Dexerto.

The report included an email from organisation founder Rick Fox saying he was planning to cut ties over racist remarks and threats made by a fellow investor. Lewis later revealed that investor to be Raizada, the head of a small business venture firm in Kansas.

Raizada then confirmed that he had used the n-word in the stated context, but he denied the report’s other claim that he had threatened Rick Fox and his family, even after Lewis produced an email that appeared to show Raizada doing that.

In early May, Rick Fox told TMZ that contrary to his previous email, committed to continuing with the organisation and would work to have Raizada removed. Over a month and a half later, that still hasn’t happened, although based on the extension granted by Riot, it’s possible that a deal will soon be reached.