Someone Recreated A Bob Ross Painting In Minecraft 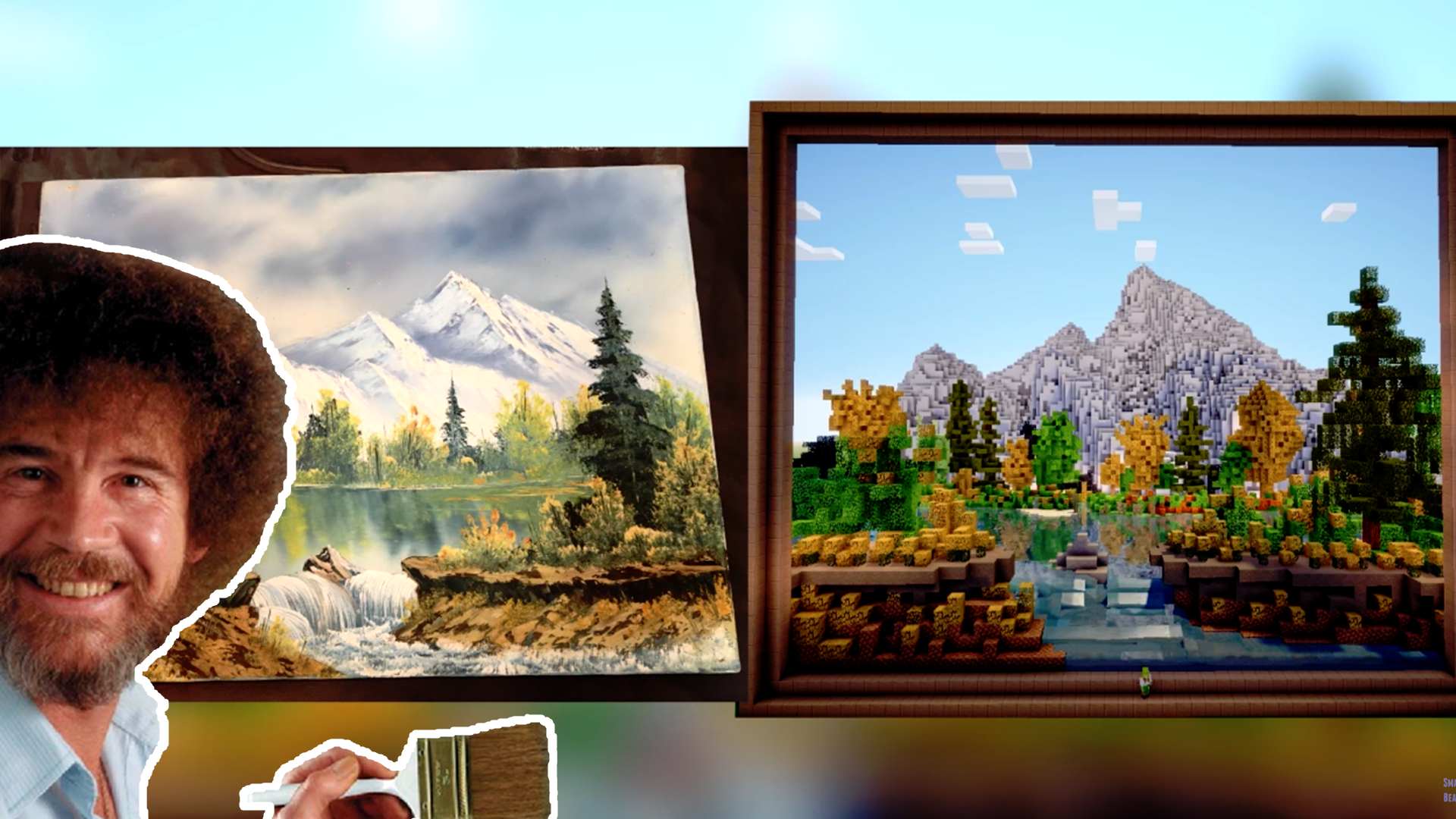 Screenshot: SmallishBeans, <a href="https://youtu.be/Hr0USak_IB4">YouTube</a>
To sign up for our daily newsletter covering the latest news, features and reviews, head HERE. For a running feed of all our stories, follow us on Twitter HERE. Or you can bookmark the Kotaku Australia homepage to visit whenever you need a news fix.

Bob Ross was famous for his show which helped teach basically anyone how to paint wonderful landscapes and vistas. But, what if you wanted to create a piece of art, but you didn’t have any paint or brushes? Well, one YouTuber decided to recreate a Bob Ross painting using Minecraft.

SmallishBeans is a popular Minecraft YouTuber and self-described terrible artist and painter. However, he still wanted to create some art and so he decided to create a Bob Ross painting using a medium he is more comfortable with: Minecraft.

After building a large frame, SmallishBeans logged in to a second account and placed that character facing the painting from a distance away, letting him see how his “painting” is coming together in real time.

To help create the landscape, SmallishBeans used some mods that allowed him to more quickly place large chunks of blocks. But most of the creation is made by placing blocks by hand, one at a time, to make the scene look more natural.

After spending a few hours working on the scene, the end result is surprisingly faithful to the original painting. I wonder how Bob Ross would react to seeing people using his art as inspiration to create their own art in entirely new mediums, like video games.