You might call them Droidekas or you might call them destroyer droids, but whatever you call them, these rolling death machines were recently added into Star Wars Battlefront II. Since being added fans have seemingly fallen in love with the new droids, posting clips of how deadly they are, how buggy they can be, how useful they are in objective game modes and also how they are too big for some doors.

First seen in action in the prequel film Star Wars: Episode I, these droids are extremely dangerous due to how fast they can fire their dual blasters and their powerful shields. The droids have since popped up in many different movies, cartoons, comics and video games, including the older Battlefront games.

On June 26, Dice added the long requested Droidekas into the game. Originally when fans asked about these droids, Dice wasn’t sure they would ever be added into the game.

Back in February of this year, developers at Dice explained that they weren’t coming and that part of the reason was due to how hard the droids would be to animate. They also feared balance issues, with some players pointing out that in the older Battlefront games the Droidekas could be a little overpowered.

But even before this, the hype over destroyer droids was building due to an image that seemed to show a Droideka in the background. Dice eventually confirmed that this was a Droideka, but it was unfinished and wasn’t supposed to be used in that screenshot.

Now, nearly a year later, the rolling death machines are finally in the game. And fans are having a blast with the droid.

Across the Battlefront subreddit, you can find multiple clips of players using Droidekas to wipe out multiple clone troopers in a matter of seconds.

Other players have begun using the droids to rush objectives and activate them before the enemy team can react or stop them.

Because the Droidekas roll so fast and have portable shields, they can be hard to stop, especially for less experienced players or those not prepared for a pack of destroyer droids to roll into their base right as the round starts.

Odds are, after some time this strat will become less viable as people get better at shooting the fast droids rolling past them.

Another player was able to use the relatively short size of the new droid to their advantage to hide behind a rock and hold a base by themselves.

These strategies and moments are causing some players to worry that the droids might be a little unbalanced. But the Droidekas are far from perfect and deadly machines.

Because they move so fast and control differently than any other droid or soldier in the game, players are launching themselves off ledges and directly into large groups of enemy troopers.

Another issue: Droidekas are a bit buggy. These droids might need some extra work to fix some issues that players are encountering.

The funniest bug includes a player accidentally activating what appears to be a “dance mode.” Someone even added music to the clip.

Though my favourite thing players have discovered while playing with the Droidekas is that at least one door on the level Kamino is too small for the wide and round body of the Droideka. 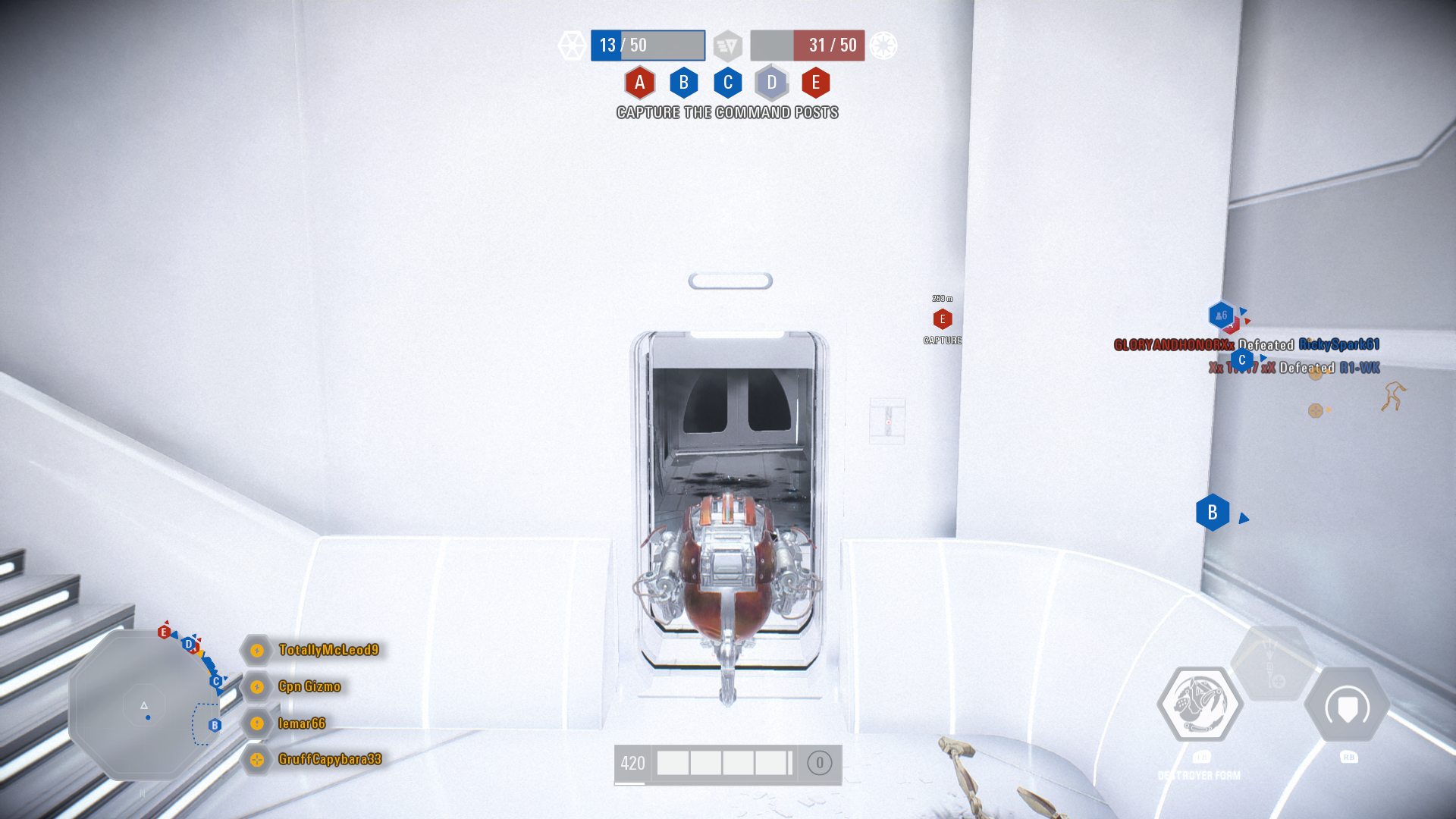 Too thicc for their own good.