Good news if you’ve been waiting until Walt Disney World got the big new Star Wars land to make a visit—it’s going to be the first, and only, place to see the wild new Rise of the Resistance ride this year.

Disney has just officially announced that the second ride—after Millennium Falcon: Smuggler’s Run—to be included as part of Star Wars: Galaxy’s Edge, Rise of the Resistance, will open at Disney World in Orlando, Florida December 5, and January 17, 2020 at Disneyland in Anaheim, California.

Disney had originally given Rise of the Resistance a vague opening window of by the end of 2019 in both parks, after it first revealed that it would not open in time for the official Galaxy’s Edge opening last month. 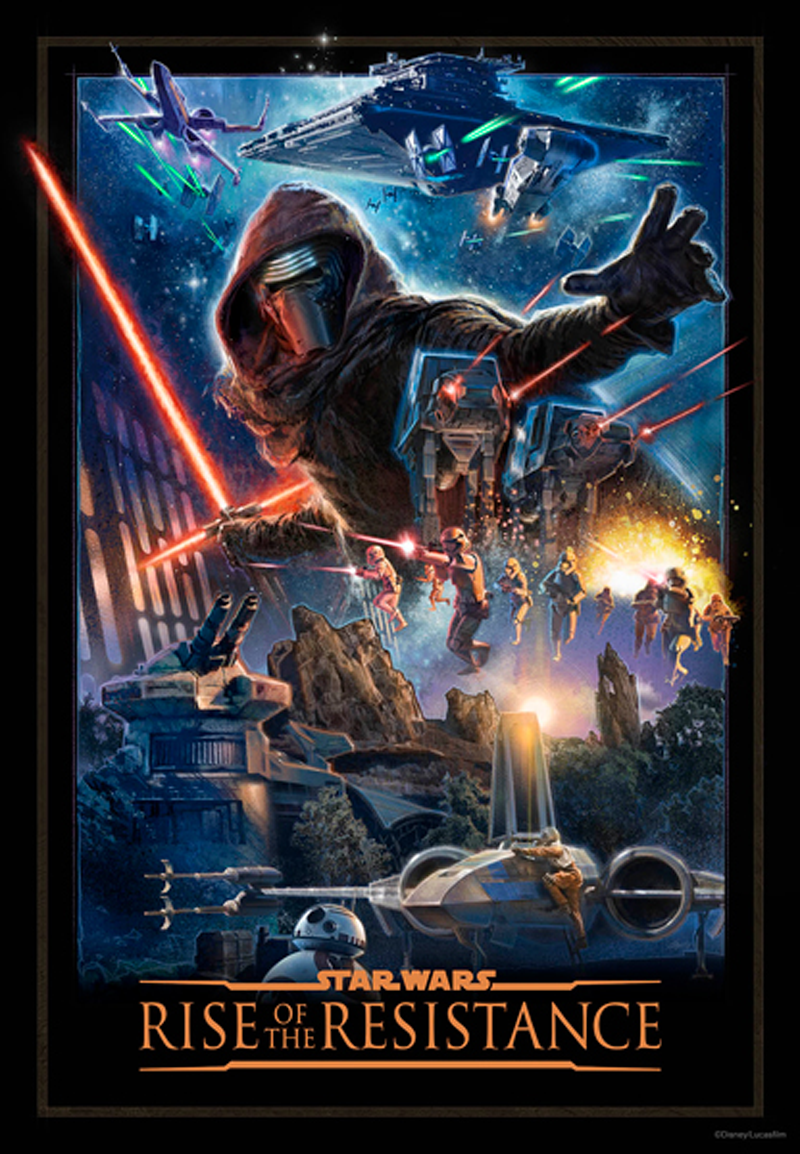 ambitious ride experiences Disney has planned in years, tasking theme park goers as daring agents of the Resistance, hand-picked personally by Rey and Leia before being waylaid by the sinister First Order.

Daisy Ridley, Adam Driver, Oscar Isaac, and John Boyega all reprised their roles for new footage included as part of the ride, which sees riders fly from the surface of Galaxy’s Edge’s setting on Batuu, only to be captured aboard a Star Destroyer and have to make their escape through the legs of First Order AT-AT walkers.

The apparent ambition of the experience is in part why Disney decided to delay the opening of Rise and unveil Galaxy’s Edge with just a single ride, but fans won’t have to wait that much longer to find out if it was worth the wait.