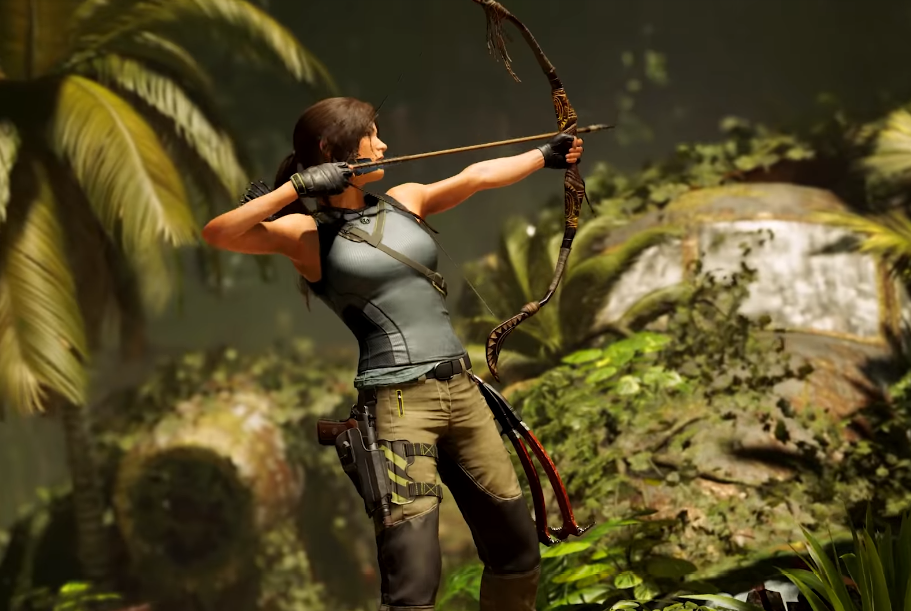 Shadow of the Tomb Raider (Image: Tomb Raider, <a href="https://www.youtube.com/watch?v=K09niWRULuM">YouTube</a>)

Long-argued is the theory that embodying a lithe and thin Lara Croft in Tomb Raider might make women gamers feel worse about their own bodies. It’s an argument that women like me have used to justify the importance of adding more realistically-proportioned, less-sexualized characters to our favourite games. Yet according to a new study by researchers at Stetson University and Fairleigh Dickinson University in the U.S., playing sexualised female characters in games may not have as great an impact on women’s body satisfaction as conventional wisdom holds.

“Arguing that, at the very least, there ought to be more diverse games and ones that present stronger and less sexualised female characters makes sense,” said the study’s co-author Chris Ferguson, a professor of psychology at Stetson, to Kotaku. “But whenever an advocacy platform develops not just saying ‘We ought to do something because this is the right thing to do,’ but we drift into claims of casual harm that don’t exist, it undermines the advocacy.”

For the last few years, Ferguson has been deeply involved in the debate about whether violent video games spur violence in players. His research at Stetson University rejects that idea. “As a video game violence researcher and someone who has done scholarship on mass homicides, let me state very emphatically: There is no good evidence that video games or other media contributes, even in a small way, to mass homicides or any other violence among youth,” he wrote in a 2012 Time article.

The study, co-authored by Ferguson and Stetson assistant professor of psychology Danielle Lindner, was an “adversarial collaboration,” Ferguson said. He describes himself as more of a “sceptic” when it comes to games’ impact on how players view themselves, while Lindner had a differing view, having previously studied the impact of catcalling on women’s self-images. This means that the study may have delivered more neutral, less biased results because its co-authors have dissimilar perspectives on the issue.

The study, published by the American Psychological Association, asked about 100 women to play one of two Tomb Raider games. In one, Tomb Raider Underworld, subjects played a part in the game where Croft is outfitted in “bikini bottoms and a form-fitting long-sleeved wetsuit top” that was “portrayed in a way that emphasised Lara’s waist, hips, and breasts.”

This was the “sexualised” gameplay, since as the study explained, “one of the indicators of sexualisation is clothing that is not appropriate for the task to be completed.” The other subjects played the 2013 game Tomb Raider, where Croft is wearing cargo pants and a tank top. Participants then filled out a well-known study for self-objectification, or “emphasising physical appearance” in self-evaluations. The study’s results indicated that playing the “sexualised” segment of Tomb Raider Underworld did not make players feel body shame or impact their body satisfaction — or, at least, not as much as other types of objectification, like catcalling.

“Participants identified the sexualised video game protagonist as fictional and thus not a realistic source of messaging about women’s bodies,” the authors theorised.

I asked Ferguson whether the phenomenon of the recent Wonder Woman movie may have had a positive impact on women’s self-worth, considering his scepticism of media’s effect on consumers.

“I suspect that much of the impact of the movie had to do with its affirming women’s views about themselves (or women in general) as having or deserving equality in a realm historically devoted to men,” he said. “In other words, the movie didn’t cause anything in terms of psychological constructs but was recognisable to women (and, of course, many men) as consistent with their beliefs about gender equality… We tend to feel positive about things in which we recognise our own values. But it doesn’t necessarily cause those values to spring into being.”

This isn’t to say that media with singular or negative depictions of women is totally fine, Ferguson said. Living in a culture that perpetuates the idea that some female body types are more valid or beautiful than others does impact how positively women feel about themselves, as does the idea that a woman’s value comes from her body.

Media reflecting that culture might reassert those commonly-held values. Studies Ferguson has read indicate that body dissatisfaction can more directly stem from a family environment, peers, or hereditary dispositions. However, Ferguson explained, gamers should be sceptical about making causal claims about how games affect us without sufficient evidence.

“Media holds a mirror up to culture. And sometimes we don’t like the mirror. It must be dirty or smudged for it to look this way. But it really is more of a mirror.”