Someone has been hard at work making a faithful adaptation of Super Mario Maker 2 inside LittleBigPlanet 3, and the results look so good you can hardly tell the difference.

As documented in a video by the YouTube channel GameXplain, the “Super Mario Maker 2 2019” world was created by a player who goes by ClapTrap9.

What’s so amazing about the world is that in addition to looking just like Mario Maker 2’s Super Mario World level editor, it’s also functional. The LittleBigPlanet 3 world includes options for alternate course themes including night mode and snow, as well as a few dozen objects that can be placed in the level ranging from Bullet Bills and on/off switches to seesaw platforms and Angry Suns.

In addition to looking like they came straight out of a Nintendo game, each element is interactive. The seesaw platforms move as Mario runs across them, while the Bullet Bills and Angry Suns can kill Mario if they hit him. Even the on/off switches aren’t just there for decoration. They actually work like they would in Mario Maker 2.

I tried the level out for myself. Things do lag a bit once you start controlling Mario, but it’s impressively close nonetheless. As other LittleBigPlanet 3 players have explained on the Mario Maker subreddit, the game has a very robust logic system that makes it possible to program all sorts of games, including other game makers, within it.

A feature called the controlinator, meanwhile, makes it possible to add different control schemes, including a mouse cursor that looks like Mario’s glove. 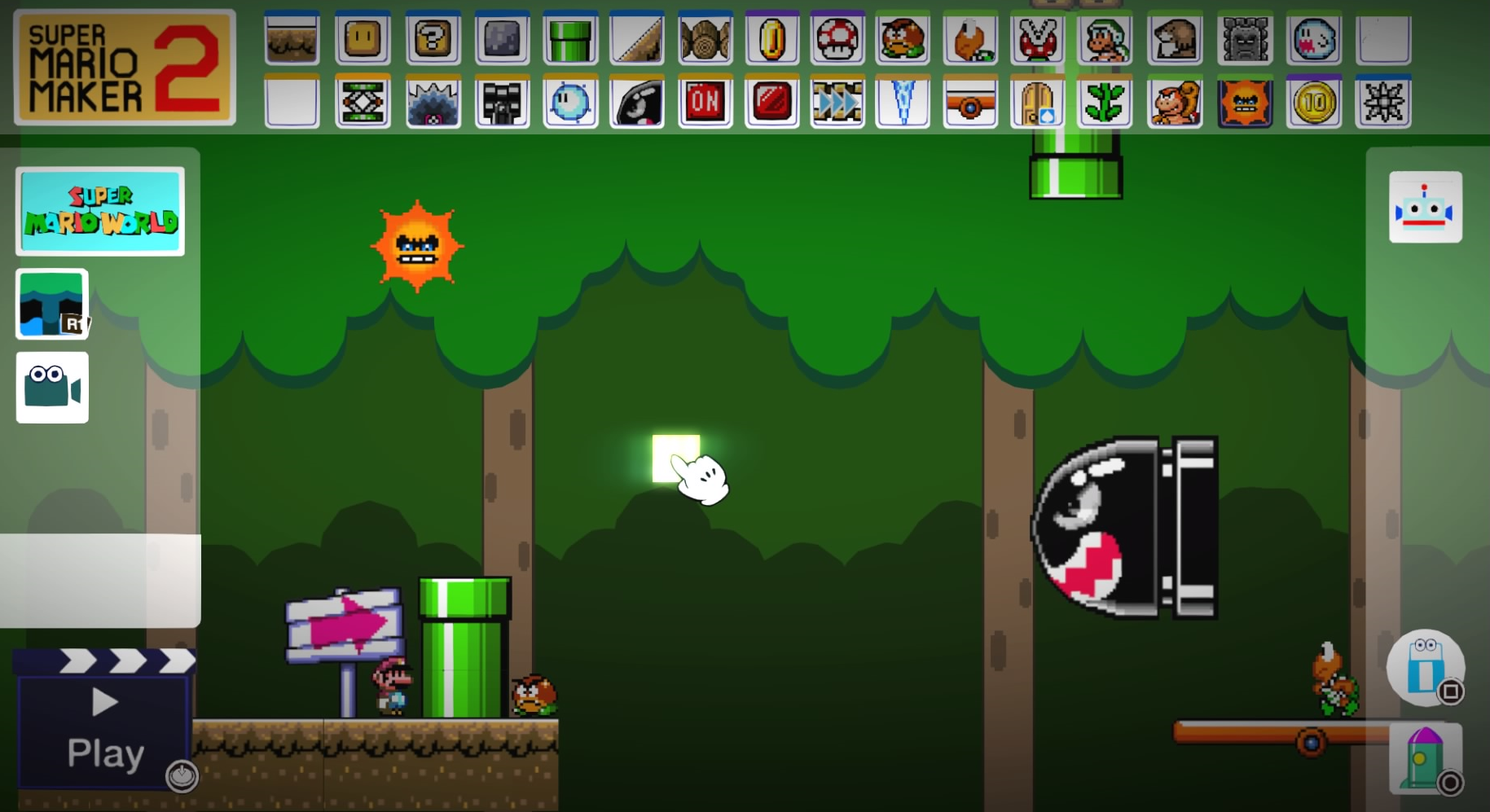 ClapTrap9 has also had a lot of practice. Back in April, they recreated the level editor from the first Mario Maker in LittleBigPlanet 3 as well.

But why go through all that trouble? “This level is especially dedicated to those who can’t afford Super Mario Maker 2 or to those without a Nintendo Switch,” ClapTrap9 says in the description for the most recent world.

Their work is also a testament to the longevity of game editors. Despite coming out back in 2014 at the start of the PS4, LittleBigPlanet’s community hasn’t stopped pushing the limits of what seems possible in the game.